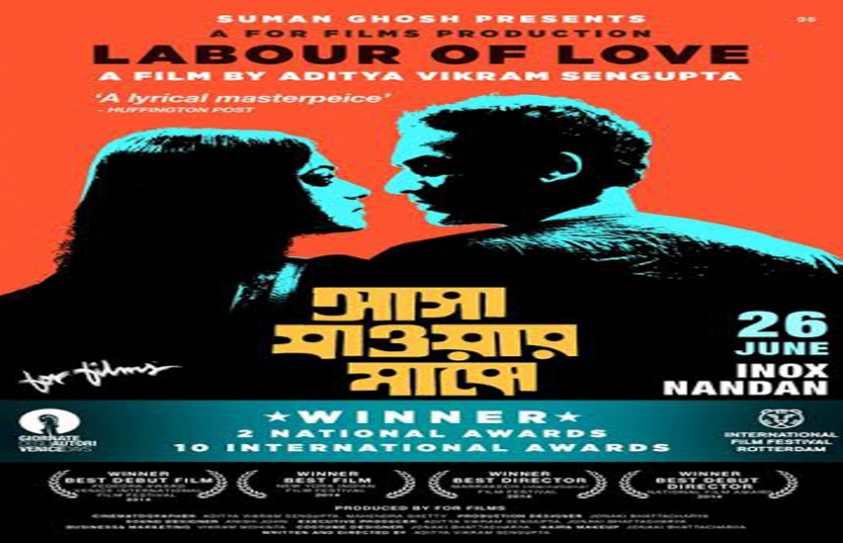 Aditya Vikram’s Award-Winning Debut Feature, ‘Labour Of Love’, Which Won The European Critics Award For The Best Debut Film At The Venice Film Festival And Two National Awards Is Releasing In India On June 26

The film featuring Ritwick Chakraborty and Basabdutta Chatterjee in the lead roles will be releasing in four metro cities – Kolkata, Mumbai, Delhi and Bengaluru.

The multi award-winning film has been showcased in over forty prestigious international film festivals and won ten international and two National awards.

Incorporating political undertones, the 31-year old NID graduate creates a stylistically beautiful film that depicts the challenges of sustaining love in a fast transitioning world via a simultaneous sensation of breathlessness and space.

“We have received several awards internationally, but nothing means more than what people back home think of the film. I am waiting to see how the Indian audience responds to the film”, says Aditya.

Labour of Love marks the debut of For Films, which will also be distributing the film.

Set in the crumbling environs of Calcutta, LABOUR OF LOVE is a lyrical unfolding of two ordinary lives suspended in the duress of a spiraling recession. They are married to a cycle of work and domestic routine, and long stretches of waiting in the silence of an empty house. They share each other’s solitude in pursuit of a distant dream that visits them briefly every morning.

Major Awards at the Film Festivals