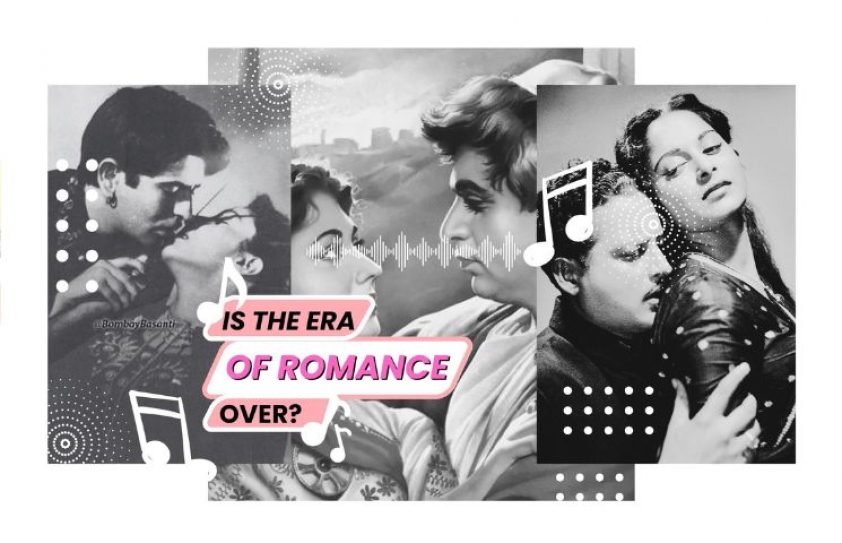 Today, love appears to be less of sublime emotion, more of a consumer perishable along the FMCG line, says Monojit Lahiri

It has been said that the history of cinema is also a history of exciting, adventurous, and celebrated love affairs. Dead right and for excellent reasons. The very nature of filmmaking provides the mood and milieu for two people thrown together, for continuous amorous encounters between them. Their close and constant physical contact with each other often begins to lead on (and off the sets) to the romantic intimacies of the screenplay. Then again, they have an exclusive, subliminal, and indefinable psychological bond. Idolized and damned, in equal measures, these larger-than-life people fall upon each other for the fulfillment, leading them to believe (with some truth) that only one star can truly understand, relate and love another. But how does love surface in the first place? And what does this divine madness do to on-screen lovers? Does it actually help them emote better?

According to many distinguished people who pass their life and times tossing educated opinions on on-screen love in Bollywood, Dilip Kumar, Raj Kapoor, and Dev Anand were the greatest. Let’s take Dilip first. In an environment filled with hammy overacting, Dilip was perhaps the first actor in Bombay to introduce the rare, dignified, and yet powerful element of restraint. And this element, naturally, crept into his love scenes. The Dilip-Madhubala, Dilip-Vyjayanti, Dilip-Meena, Dilip-Waheeda teams have love scenes fashioned by the wonderfully refreshing trait. A quiet, intense, sensitive (often to the point of shyness) lover who very nearly doesn’t make it. The near-lover, the puzzled introvert – these are some labels that come to mind while recollecting Dilip and his intense version of one from the heart.

In total contrast was the Raj-Nargis team. Loud, boisterous, and always full of life and laughter, this team brought in their love scenes a daring and pizzazz, which was completely Western in concept and unknown in popular Indian cinema before. The Raj-Nargis love scenes were passionate, beautiful and often very physical. The heady fever comes through loud n’ clear when you compare Devdas, Daag and Paigham with Barsaat, Awara and Shree 420.

If Dilip and his heroines brought intensity, sensitivity and restraint in their love-scenes, Raj-Nargis, passion, boldness and undiluted physicality - then Dev Anand of the nodding head, tossed out ‘contemporariness’ to the mobs. Neither too serious nor overly passionate, they brought in style. From Suraiya to Tina Munim – Dev’s love scenes (Manzil, Paying Guest, Jab Pyaar..., Asli Naqli, Guide, Des Pardes) have always been sprinkled with rare flamboyance. 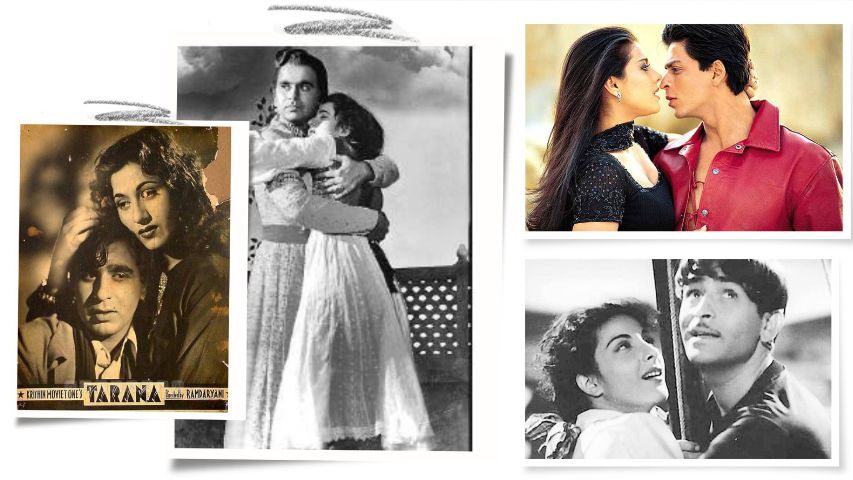 Then there was Guru Dutt too, who blazed with all cylinders firing and lit up the screen with lady love Waheeda Rehman in classics like Pyaasa, Kagaz Ke Phool, Chaudvin Ka Chand, Sahib Biwi Aur Ghulam, but his was a different scene.

Interestingly, all these big-dads emoted much better (as their films reveal) when in love or in a special bonding with their heroines. The only REAL inheritor of their legacy was Rajesh Khanna, who in the early seventies brought back love (in all his crinkled eyed glory) to where it belonged - centre-stage.

Moving on, Shah Rukh Khan and Kajol may well have been voted the “most romantic couple of the day” through an opinion poll (in 2012) and DDLJ, their “all-time favorite movie”, but somehow, it can never be the same. Pure, raging, insane, passion, love that you could die for, has been replaced by love parading as a designer emotion, a fashion statement, fun n’ cool, with sensuous body language in place of the restrained expressions of love, loss and longing.

Further, today, in a world where ‘speed’ is the watchword and ‘quantity’ the cardinal turn-on, love has become a publicity gimmick, a marketing tool, a selling force often (at the joint instance of stars and producers) designed to psyche and hustle the turned-on mobs into storming a movie. As can be gathered, this blitz is normally machine-gunned before the release of a film. What these dumbbells don’t understand is that publicity can’t sell a lousy movie. Nor can curry-dipped rumors. At most they can create a climate of excitement, which, however, could, and does, dangerously boomerang if the promise does not match the performance.

Once upon a time, love was romance. Dilip holding his Queen of Hearts protectively in his arms, while his eyes blazed defiance at his royal father, Raj embracing his woman passionately, Dev prancing around with his lady love. All that resides in the fluffy soft focus of a distant past.

Today, love appears to be less of sublime emotion, more of a consumer perishable along the FMCG line. To be clinical is to be in. Increasingly, the primacy of permissiveness has replaced love with sex - an ingredient so artificially (and seductively) relevant that filmmakers have appointed themselves as lab-specialists. They have detailed, magnified, and celebrated titillation in the mainline commercial. And, in doing so, destroyed emotion, buried passion, corrupted intimacy, killed charm, and de-mystified romance… forever. And the loss remains, completely ours.