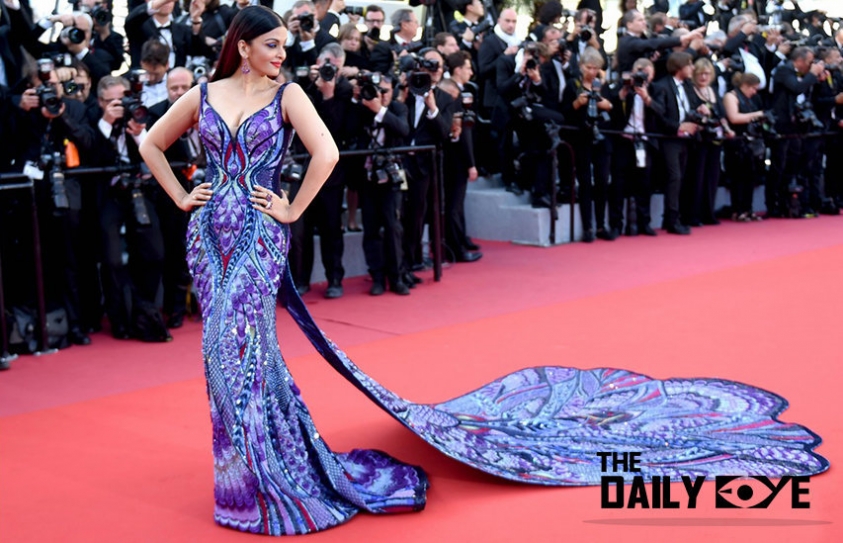 The 71st annual Cannes Film Festival is currently being held from 8 to 19 May 2018. The festival previews new films of all genres, including documentaries from all around the world. It was founded in 1946 as an invitation-only festival held annually (usually in May) at the Palais des Festivals et des Congrès. What's special about this year is that 20 female filmmakers will make their debut at the event, showcasing the women power.

It is that time of the year again when we see a plethora of great films and also celebrities flaunting fashion in the most aesthetic way.

Aishwarya Rai Bachchan and Sonam Kapoor have always been dazzling the red carpet with their attractive appearances. Aishwarya and Sonam were represented by their brand L’Oréal yet again. They were joined by Deepika Padukone, who is also one of the faces of the brand. 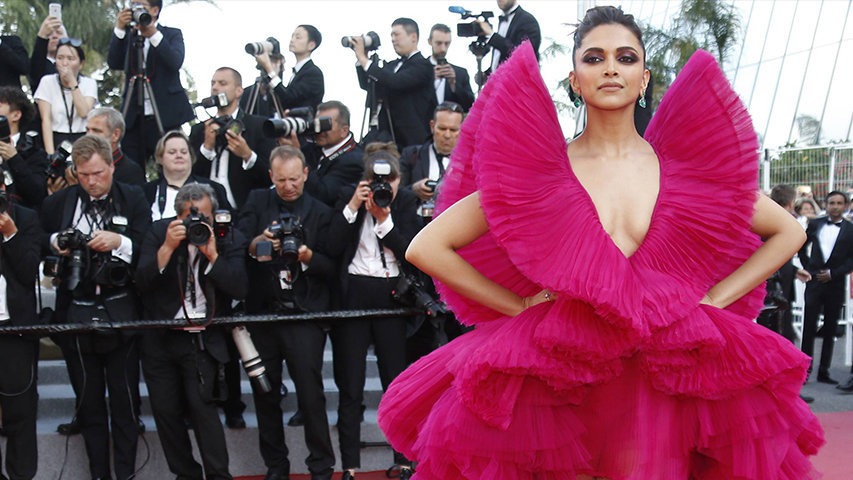 On Saturday, marking the first day of her 17th year at Cannes, Aishwarya walked the red carpet in this fantastic gown, which had the shades of violet, red and blue threadworks and embellished in Swarovski crystals and French palettes, reported NDTV. "The 10-foot long train took 3,000 man-hours to finish and intricately hand crafted to make it this exquisitely flighty and timeless," read a post on Michael Cinco's official Instagram page.

Bold colours, style and cuts were the mainstays for Bollywood actresses Kangana Ranaut and Deepika Padukone. After making a statement in sheer ensembles for their first red carpet look earlier this week, they grabbed attention with their appearance on Friday.

Ranaut gave the girlie gown a miss for a retro-inspired sequinned jumpsuit from the label Nedo By Nedret Tacirogl. She let her natural curls add to the dramatic look, elevated by her heavily done smokey eyes. Deepika made heads turn as she stepped out in an elaborate shocking pink feathered dress by Ashi Studio Couture. She upstaged her look by teaming it with emerald stone Chopard jewels and a neat braided bun, as reported by Gulf News.

Mallika Sherawat may not be a regular name in Bollywood these days, but she is making her mark nonetheless. The actress who is among the many Indian stars at the Cannes Film Festival is making sure to bring her fashion A-game every time she steps out.

Mallika walked the Cannes red carpet in a magnificent off-shoulder gown with just a hint of pink and black detailing. The actress also sported a pair of long diamond earrings that perfectly complemented her look. Mallika smiled and posed for the paparazzi too, making a fine addition among the list of Bollywood actresses who have made their red-carpet appearance so far.

While we were mesmerized by the looks of these actresses (or Disney princesses – hard to tell), we await Sonam Kapoor's arrival, who, along with her husband Anand Ahuja is on her way to the festival. All set to make her first international appearance as Mrs. Ahuja.