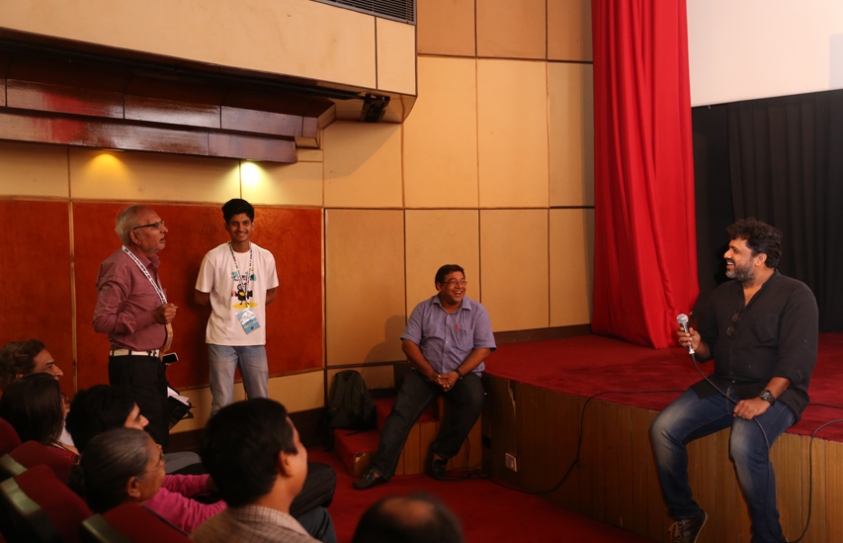 Delhi, July 03, 2015: The 6th Jagran Film Festival on its Day 3 turned out to be a triple dose of movies, master classes and merriment. The vibe at Delhi’s Siri Fort Auditorium was infectious when cine buffs felt Spoilt for choices with a dose of regional, Indian and international cinema at India’s coveted and the largest traveling film festival, Jagran.

Like the previous two days, day 3 was nothing short of extraordinary. Line-up for the day opened on a regional note with the Assamese film Aarohi under Indian Showcase, the cult Hindi comedy drama Anand under the Happiness category and Baghban on another screen as a Homage to late director Ravi Chopra.

Off to a great start, film lovers juggled across auditoria screens to catch some of their choicest films such as a 1977 retro Hindi film directed by Lekh Tandon Dulhan Wahi Joh Piya Mann Bhaye, 1942 American classic Casablanca and the recent 2014 American hit Birdman under Country Focus, pearls of Bengali cinema such as the 2015 filmsAsha Jaoar Majhe (Labour of Love) and Chotoder Chobi. A Special Screening of Zed Plus, a film by Chandra Prakash Dwivedi was presented by Adil Hussain and an outstanding film Piku directed by Shoojit Sircar was also held.

Master classes remained a buzzword throughout the day with a 70 minute screenwriting workshop with Anjum Rajabali that loaded with insights on storytelling principles combined with an understanding of the screenplay. From theme, premise, character, and plot, to structure, scene construction, and dialogue, and the use of music and song in Indian script, the workshop encapsulated covered the entire journey of the script. The class was followed by a candid chit chat and Q&A with Anjum Rajabali. As the sun went down, a panel discussion on Evaluating Cinema followed. The livewire session was moderated by Mayank Shekhar and attended by Kaveri Bamzai, Shubhra Gupta, Ajay Brahamtmaj and Mihir Pandya. With such a wondrous mix of sessions, film enthusiasts bagged a perfect opportunity to interact and exchange ideas with film experts.

Evening unfolded some new colors of cinema with the Top Shorts category that kept up its promise to leave film lovers wishing for more on witnessing a handpicked lineup of crème de-la crème shorts films from the world over. This topnotch category’s lineup included French films Leftover and Your Heart At Random along with twoKorean filmsHosanna and Minsu Kimin Wonderland.

The first three days of this never seen before travelling festival has so far been exceptional on every count. With more films and fun in store, the upcoming days are sure to be the film buffs.

Promising to present some of the finest works of cinematic geniuses, India’s largest travelling film festival, ‘Jagran’, features a notable selection of Indian and world cinema classics and contemporary films. Showcasing more than 100 feature and short films this year, Jagran Film Festival in its 6th edition is slated to be an eyeful treat for one and all.