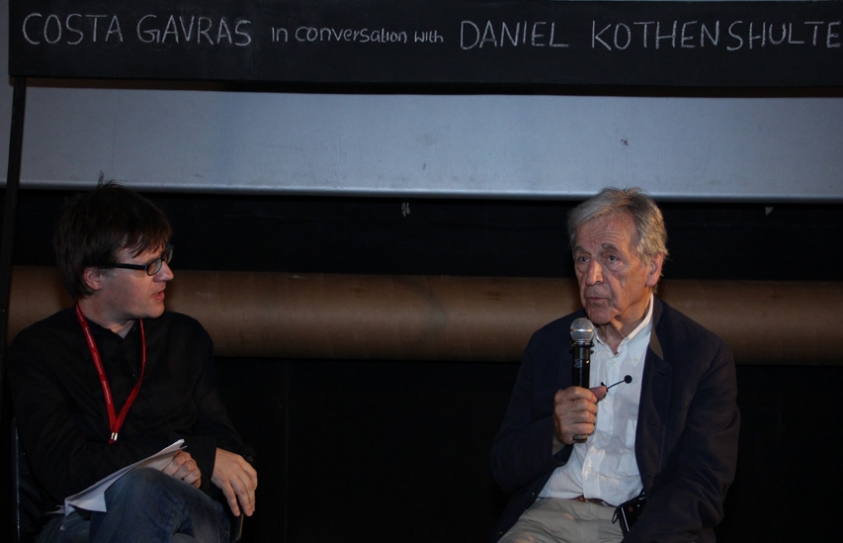 Day 4 of the 15th Mumbai Film Festival Enchants All

Mumbai, October 20, 2013: Coupled with the spectacular lineup of films, the weekend brought in huge numbers on Day 4 of the 15th edition of the Mumbai Film Festival organized by the Mumbai Association of Moving Images (MAMI) and presented by Reliance Entertainment.

Cine lovers were treated to wonderful films such as Viridiana directed by Luis Bunuel, 60 going on 12 directed by Frederic Proust, Diederik Ebbinge’s Matterhorn and Tokyo Story directed by Yasujiro Ozu. Other films screened throughout the day included Davy Chou’s Golden Summers, Costa Gavras’ Capital, Sulemani Keeda directed by Amit V Masurkar, A Castle in Italy directed by Valeria Bruni-Tedeschi among others. The cult film Kabhi Kabhi  was screened in homage to the legendary Mr. Yash Chopra at Cinemax, Versova. This special screening was attended by Ms Pamela Chopra, who introduced the film to the audience attending.

Featuring in the Film India Worldwide section, Good Morning Karachi directed by Sabiha Sumar saw audiences packing in to watch the film. Sabiha’s second feature is a coming-of-age story of a young woman, Rafina who fights to become a runway and billboard model. As she climbs the social ladder, she is caught between two men with very different visions of Pakistan and the role of women. The lead cast comprises of Amna Ilyas, Beo Raana Zafar and Yasir Aqueel.

The afternoon at the 15th Mumbai Film Festival had a special session with Lifetime Achievement Award winner Costa Gavras in conversation with Daniel Kothenshulte. The French auteur held the audience rapt as he described his path to glory.

The highlight of the evening segment was the Oscar Academy master class, ‘The Digital Dilemma : Motion Pictures at risk in a Digital World.  Academy Motion Picture Art and Sciences member and Digital Motion Picture Archive Project Leader Milt Shefter and Director of the Academy Motion Pictures Arts and Sciences and Technology Council Andy Maltz discussed the Digital Dilemma, a report on digital motion picture preservation issues from the perspective of independent filmmakers, documentarians and nonprofit audiovisual archives. ‘Interim options’ for these independent filmmakers and nonprofit archives to consider was one of the main talking points of this session moderated by Variety Asia’s Bureau Chief, Patrick Frater.