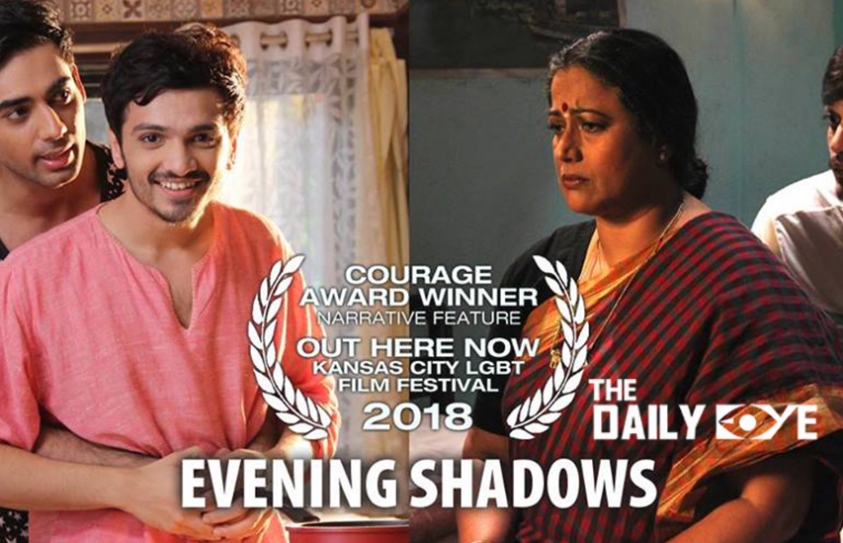 The film is being awarded the ‘Celebration of Courage Award for Narrative Feature’ at the Out Here Now: Kansas LGBT Film festival on 14 June at Tivoli Cinema, Kansas City. The screening is being co-presented by CRES - an Interfaith Network. 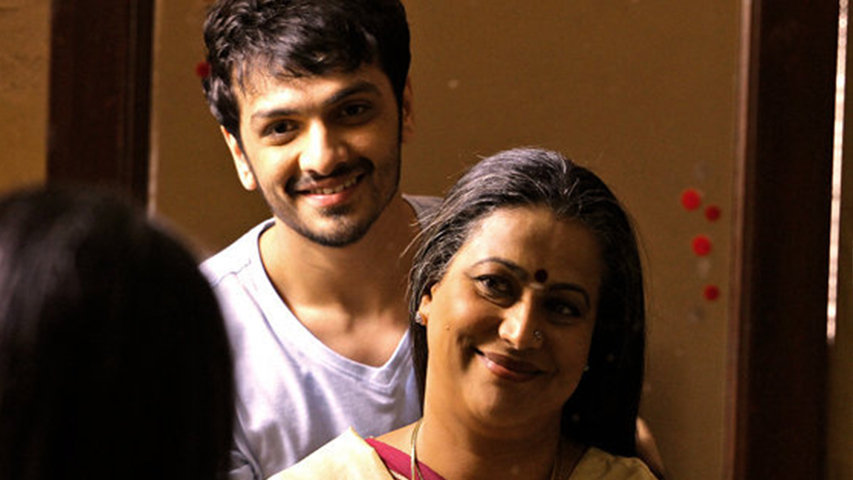 Filmmaker Sridhar Rangayan said he is humbled by this award, “This award is not only an award for the film, but a recognition of the journey of myself and my teammates over the years making LGBTQ cinema in India, under challenging circumstances. It is a nod to our passion and persistence. Saagar Gupta (writer, lyricist & producer) and I accept this award with humbleness on behalf of all our team members”.

Jamie Rich, festival director of OUT HERE NOW: Kansas City LGBT Film Festival said, “For its landmark accomplishment as the first LGBTQ feature film to receive a family-friendly certification rating from the Indian censor board and for its timely look at the cultural and social conflicts surrounding sexual and gender equality in India, EVENING SHADOWS is recipient of the 2018 OUT HERE NOW Celebration of Courage Award for Narrative Feature. This special honor, which is co-presented by the Kansas City LGBT Film Festival and the Kansas City Human Rights Commission, recognizes films that increase understanding and tolerance, help reduce discrimination, and inspire a deeper valuing of diversity”.

The award will be received on behalf of the team by one of the producers of the film, San Francisco based author and activist Mohammed Shaik Hussain Ali. He said, “Winning the Celebration of Courage award is an honour and a humbling recognition to the efforts and incredible journey of the movie, its cast, direction, writing and the story it represents. I am happy to see that our narration of the journey of a loving courageous mother has been accepted, respected and celebrated. I cannot wait to experience the movie once again with the audience and be able to share the journey with them”.

The film Evening Shadows had earlier won the 'Free To Be Me' award at Roze Filmdagen, Amsterdam in March and the citation read, ‘As India’s first LGBTQ feature that has an all-age approved rating, it can clear the way for a wider discussion in society on why love should be recognized as beautiful in all diversity; and by telling the story in a relatable and compelling way it can reach out far beyond a limited already-convinced audience’.

The film produced by Solaris Pictures, about a gay son coming out to his mother in a small town in Southern India, received a UA certificate by the Indian Censor Board. It stars Mona Ambegaonkar, Ananth Mahadevan, Devansh Doshi and Arpit Chaudhary in lead roles; and has been made with support from more than 180 crowdfunding contributors across the globe.

“We want this film to be released theatrically in India for it to take forward the message of acceptance to families in small towns and middle class households. The awards and accolades will surely generate a momentum for its distribution”, said Rangayan, who will be traveling to present the film at Shanghai Pride Film Festival on June 16th.

Trailer of the film can be viewed

Information about the Award at https://www.outherenow.com/eveningshadows