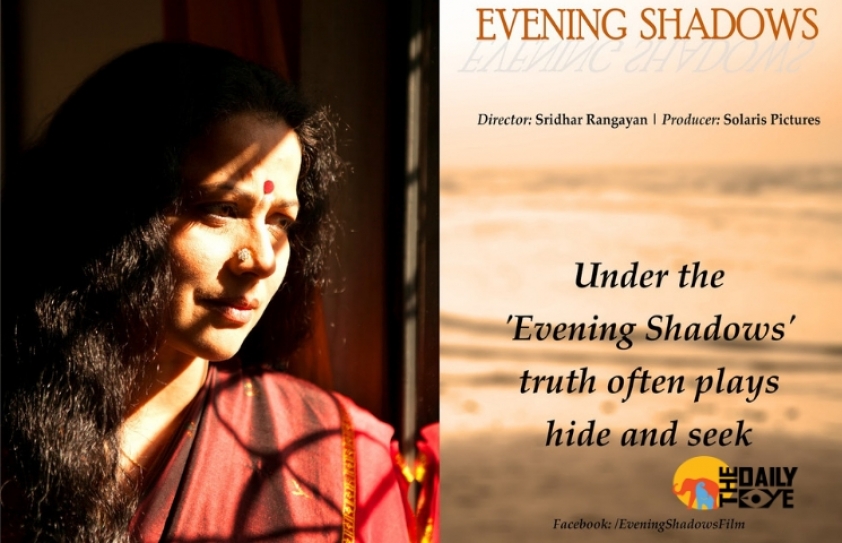 Inspired by the successful limited theatrical release of the film 'Evening Shadows' in India on January 11th where several of the shows were sold out, the makers are now organizing a limited theatrical release in the world’s gay capital San Francisco beginning February 21st. To be screened at the iconic theaters of the city – Landmark Theater and Roxy Cinema, this multiple award winning feature film from India is all set to woo LGBTQ and South Asian audiences there.

Sridhar Rangayan, who just yesterday received the Honour Award at Zinegoak LGBTQ film festival in Bilbao, Spain said, “Evening Shadows has been touching hearts and creating a very important bridge between LGBTQ communities and their families across the world. We are happy to continue not only its film festival run, but also continue to explore its exhibition at mainstream platforms".

Mohammed Shaik Hussain Ali, one of the main producers of the film, who is an author and activist based in San Francisco said, "It’s a moment of pride when the movie that has been awarded 16 times and played at 55+ festivals comes to San Francisco, the city I’ve called home for over a decade now. Being part of the local LGBTQ community and experiencing its journey first hand, it’s on a humble note that I’m able to share the movie with fellow community members and allies. In this 50th year of Pride, movies like this are a beacon of hope, future and a chapter that resonates with everyone - no matter the ancestry, location or position. Thanks to Sridhar and our amazing cast and crew for capturing the moments on the big screen that bring alive the story. I’m looking forward to sharing the experience with everyone."

Evening Shadows is a heartwarming story about a son coming out to his mother in a small town in India, but also more so about the mother coming out as a woman within a patriarchal society to accept her gay son.

This independent feature in Hindi (with English subtitles) is produced by Solaris Pictures with support from over 180 crowdfunding contributors. The film also helped kick start 'Sweekar - The Rainbow Parents', the first ever PFLAG support group for parents of LGBTQ children in India.