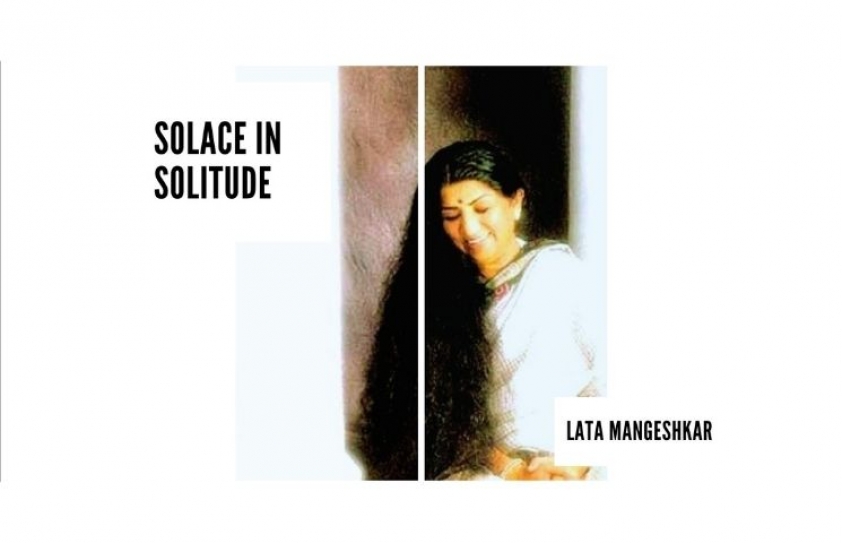 Khalid Mohamed expresses his gratitude for the abiding presence of the therapeutic voice of Lata Mangeshkar during the anxiety-ridden times of the pandemic.

For as long as a year and a half, she has been a faithful companion in the stretching hours of solitude and anxiety. As the pandemic’s safest option ‘stay home’ becomes mandatory, I riffle through my collection of music.

There are far too many favourites, as they say, to laundry-list here, particularly from the 1950s and from the breezy as well as angst-ridden entertainers of the ‘60s, all rendered in an astonishingly expressive range by Lata Mangeshkar. Smooth as silk, be it on tracks of deep anguish or joyous exuberance, it’s more than clear that our lives would have been so much poorer and empty without her.

Her younger didi, Asha Bhosle, who’s on par, is within eashot too, again her famous cabaret numbers as well as the melancholic laments of love lost, are our national treasure, and acknowledged so by music aficiondos, cutting across generations of the nation.

My playlist, compiled from the good ole campus days, includes a welter of tracks by the unerasable Mohammed Rafi, Kishore Kumar, Talat Mehmood and Geeta Dutt. Add to the mix, the life-affirming classics of Nusrat Khan, Mehdi Hassan and Ghulam Ali. And for sheer eclecticism and a change of pace, the perennials of The Beatles, The Doors, Pink Floyd, Led Zeppelin, Traffic, Van Morrison and Judy Collins provide nostalgic comfort during the stretching hours. 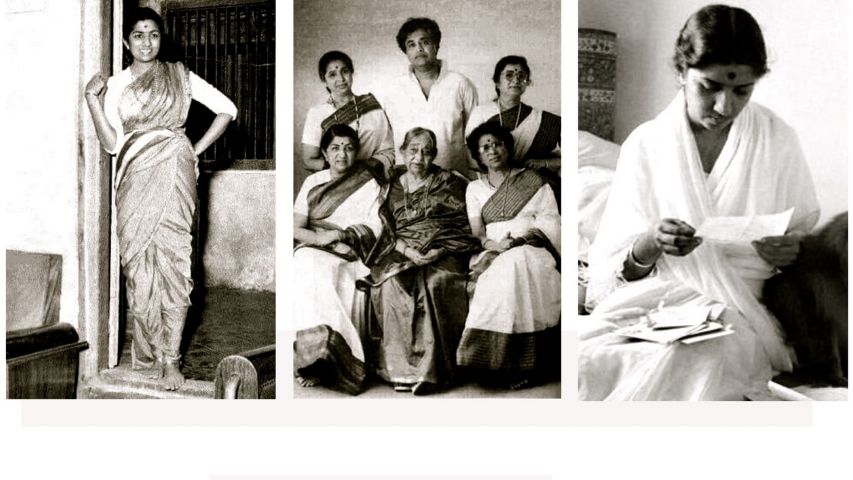 Doubtlessly though, the voice of Lata Mangeshkar presides in our homes like none other. And occasionally, she does surface on Twitter like she did recently on the passing away of Dilip Kumar saab at the age of 98. She wrote, emotionally, “Yusuf bhai is gone, leaving behind his younger sister. His demise marks the end of an era. I am heartbroken. He has left behind so many memories.” And added to that the 91-year-old legend said,"Yusuf bhai had been keeping unwell since the past few years and was unable to recognise anyone. During this time Saira bhabhi devoted her life and her days and nights to look after him. My pranam to this lady and I pray that Yusuf bhai's soul rests in peace.”

That the actor and the singer were the among the first visible signposts of secularism, is there for all to see, thanks to the archival photographs of her tying a rakhi on the wrist of the thespian. Right now, the image of Lata Mangeshkar, who because of her advanced age was rushed to Breach Candy hospital in November last year for a chest congestion check-up, prompts me to reflect on her unparalleled career, which commenced in 1942, totalling presently to 79 years, just a breath away from 80.

Indeed, when I had pointed out to her four years ago, when she had completed 75 years before the recording mike, that there had been no celebrations to mark the diamond jubilee, no hurrahs of significance, she had murmured matter-of-factly, “But what use are celebrations?” That I could interview over the years, has been a major raison d’etre to be in journalism.

It was in 1942, that she had recorded her first song for a Marathi film, but it was dropped from the final edit. And she has never sought to locate that invaluable recording ever. Her father, revered singer Deenanath Mangeshkar, as well as theatre-actor-producer, had passed away following a heart ailment. She was 13 years old then. Family friend, Master Vinayak, had managed to get her some singing and even acting assignments in films, featuring her in roles of the sister of the hero or heroine. 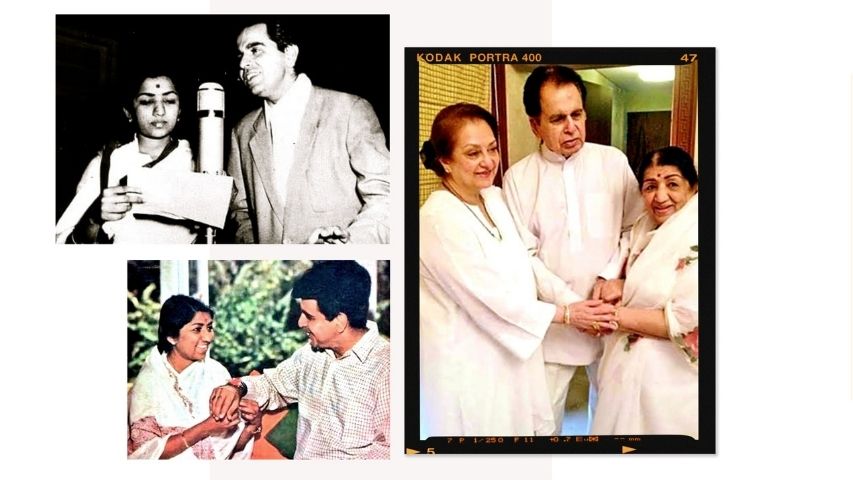 In this context, her quote, accompanied by self-effacing laughter, was, “I would feel like a mechanical doll. My heart and soul were into singing. It’s the acceptance of the listeners and the film industry, which have mattered to me the most. The acceptance came with the song Aayega Aanewala (Kamal Amrohi’s Mahal) and the soundtracks of Mehboob Khan’s Andaz and Raj Kapoor’s Barsaat.” Coincidentally, these were all in the year 1949. Today, the playback singer is justly regarded as an institution.

If her voice has been criticised for becoming shrill with age (as in the songs of Yash Chopra’s Veer-Zara), I find no evidence of that. Over the phone, her voice is as honeyed and dulcet as it has always been. Neither has there been any clearing of throat nor any flagging of stamina whenever we have chatted on for almost an hour.

She firmly avoids any fanfare, because as she puts it, “I don’t have the talent to blow my own trumpet. I did not cultivate any friends from the newspapers and magazines. A few journalists did attempt to incite controversies. One of them, whose name I wouldn’t like to mention, even came up with an unauthorised biography. I still have to fathom whatever prompted him to do that. For Asha and Me, the term ‘Mangeshkar Monopoly’ was coined. That was unfair; we have always welcomed new voices. How can we prevent film producers and directors from using any playback singer that suits his film? In any case, every motivated controversy dies a natural death.” 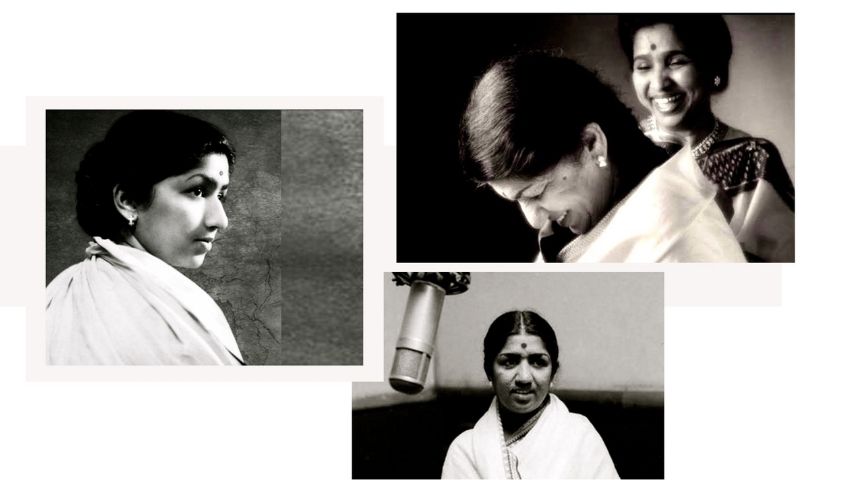 Perceptibly, the chanteuse who has sung in practically every Indian language with impeccable diction, continues to deflect provocative questions. In a video clip with the stalwart radio compere Amin Sayani, she did open up about the contentious issue of her rivalry with her younger sister, Asha Bhosle. She clarified that when her sibling married Ganpatrao Bhosle without the approval of their mother, there was some stress. “But that has been long-forgotten. I am immensely proud of Asha, we meet regularly. We have lived for years in Prabhu Kunj in adjacent apartments with a common-door entry.”

Since then, Asha Bhosle has moved to a high-rise tower in Lower Parel and spends considerable time at her home, with her family, in Lonavla. Her elder sister has preferred to stay put at Prabhu Kunj on Peddar Road, despite the constant traffic congestion and noise pollution on the road’s flyover.

Vis-à-vis, the two sisters, perhaps the late music composer R.D. Burman was spot-on when he once remarked in an interview with me, “If Lata is the Don Bradman, Asha Bhosle is the Gary Sobers of Indian music.” Surely, the incessant comparisons between the two sisters fall in the realm of the odious.

Among the last songs Lata Mangeshkar has recorded are two songs for Kshana Amrutache, a Marathi album  composed by Salil Kulkarni (2013), a song for A.R. Rahman’s non-film album Raunaq (2014), and three tracks for Ya Rabba (2014) composed by Baiju Mageshkar. The last film song, Pal mein rishtey badaltey hain, by Lata Mangeshkar was for the little-known film Dunno Y..Na Jaane Kyon in 2015,  followed by  Ram Raksha Shrotra for Mayuresh Pai (2018).

What’s keeping her from returning to the recording studios then? “See film music has changed drastically,” she reasons. “It’s necessary for me to connect with the lyrics and the tune. If a worthwhile song is offered to me, I’d surely like to take it up. There is no question about me quitting. Once a singer, always a singer.” 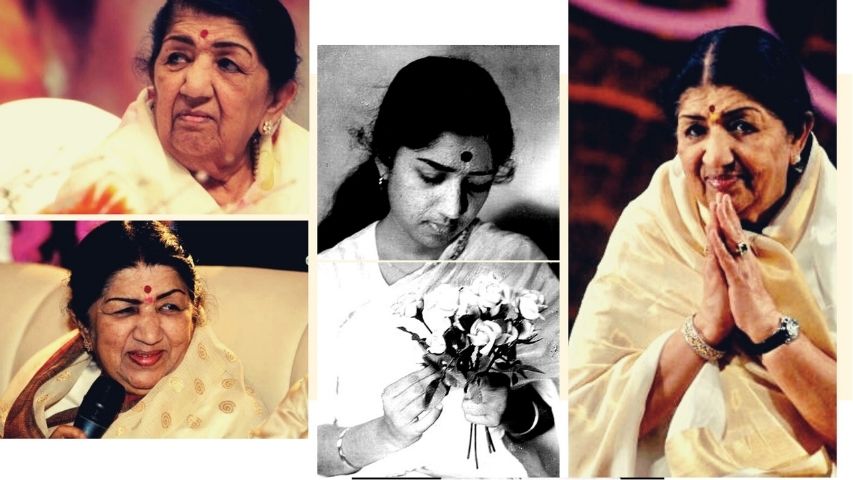 She takes care not to be overtly dismissive about the current state of film music, stating, “With time, there are new sounds, trends and tastes. I have to accept that. Of the new generation of composers, I would say that I have enjoyed singing for A.R. Rahman. He is highly techno-savvy but still has a regard for melodious music.”

Do composers tend to be in awe of her nowadays? Instantaneously, she replies, “Awe is not the right word. But yes, every composer has treated me with respect, right from Naushad saab. He would refuse to sit in my presence and called me ‘Lata bai’. When I would plead, ‘Sir please just call me Lata’, he would say, ‘Never, it’s just not in my nature to do that.’

Lata Mangeshkar, who has been a household name across the nation for seven decades and some more now, doesn’t wallow in the past. “My grand-nephews and grand-nieces keep me updated with computers and the limitless information on the Internet,” she affirms. “There’s a New Age of music in the air today. Do I fit into this scheme of things? Truth be told, I don’t know the answer to that. All I can say is that I would like to sing till my last breath.”

There are two projects, which she has disclosed, she would like to complete: a set of bhajans as well as a cornucopia of ghazals. She does attempt to maintain her discipline by doing her riyaaz every morning. And her bemused parting line to me is, “The neighbours never object if my riyaaz wakes them up. In fact, they say they want to hear more. Truly I feel blessed.”

So do I, for the presence of the voice, which serves as an instant cure for solitude at this juncture of disquietude in our lives.