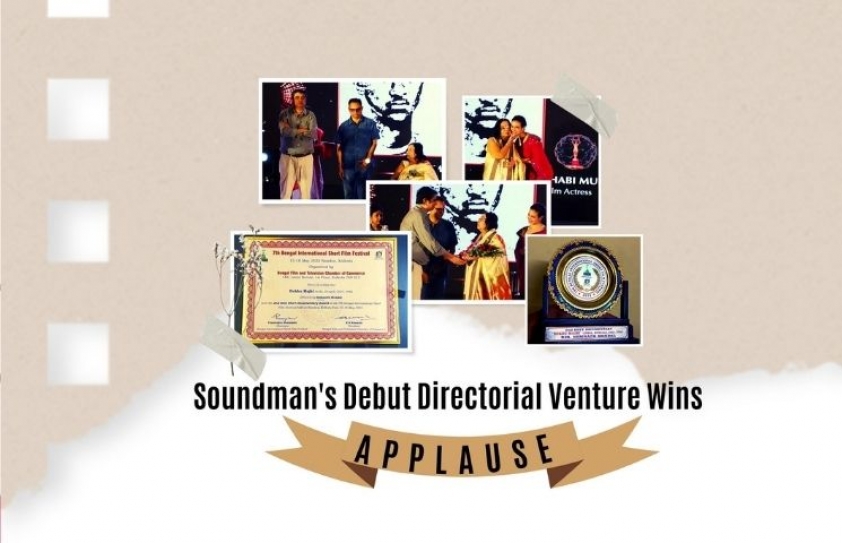 In a materialist world filled with people scrambling to take in more and more for themselves while giving little-to-nothing to others, there are thankfully a rare few who are selfless. Dukhu Majhi, an old, illiterate tribal man is one such. With the blessing of his family, he has since over a decade been planting, watering, and taking care of trees on hot, barren roadsides.

A titular documentary on his daily routine has just won the Second Best Documentary award at the 7th Bengal International Short Film Festival (BISFF), organised by the Bengal Film and Television Chamber of Commerce and chaired by Premendra Mazumder. Jury member Subrata Sen says that this compact film in which numerous things are explored carefully in a non-narrative style truly touched his heart. Haobam Paban Kumar and Sharofat Arabova were the other two jury members.

Film reviewer Subhankar Ray appreciated the film for the tracking camerawork that employs a lot of close shots, the non-narrative editing, and the writer-director’s successful exploration of the protagonist’s philosophy and family background, too, in addition to the focal altruistic theme. Scriptwriter Amar Upadhyay praised the manner in which the filmmaker tracked the man’s activity.

Like his protagonist, debut filmmaker Somnath Mondal too is a simple and humble guy dedicated to helping others. In 2019, when he chanced upon this unique tribal man “collecting torn clothes and burnt pieces of wood from a cremation ground,” he instantly knew that this had to be documented.

An FTII alumni specialising in Sound, Mondal was a senior batchmate of Resul Pookutty, and presently works as the Audio Visual Officer at the Information Education Communication Division of the Government of West Bengal. He’s also a guest lecturer for sound at SRFTI and the Indo-Italian institute Roopkala Kendra; and a preview committee member of the Chicago International Indie Film Festival, founded and directed by Amrit Pritam, another famous soundman.

This is Mondal’s second major award. The first was for Best Screenplay (on the Madan Veri, a dying music instrument) at the Chalachitram National Film Festival 2020. The script was later picked up for production by House of Illusions, an indie film studio dedicated to promoting meaningful films.

In addition to the competitive-section awards, BISFF also conferred a Lifetime Achievement Award upon Madhabi Mukherjee. Years ago, as the chief sound recordist at HMV, Mondal had recorded the songs of the legendary actress’ only film as a director.