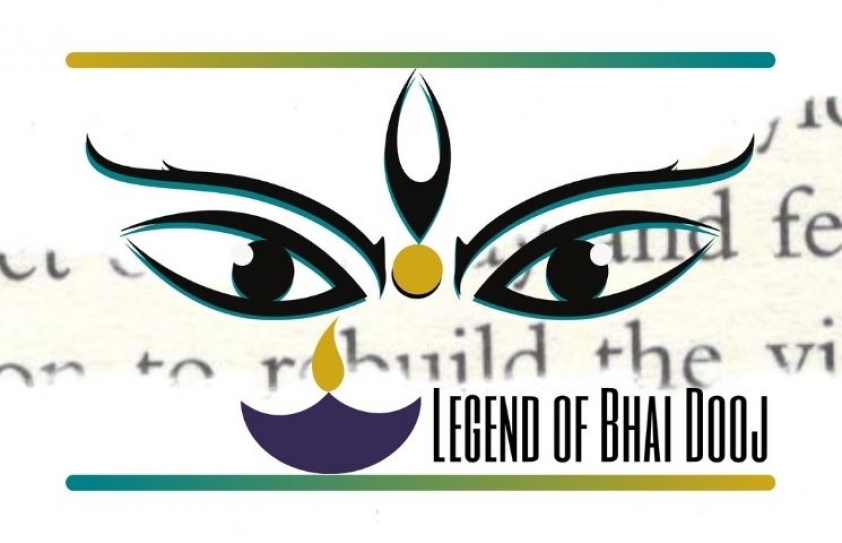 In this piece adapted from hearsay, Vinta Nanda writes that Bhai Dooj also has a story to follow.

For Hindus, the story behind each of the festivals plays a very important role in the formation of their culture and has deep significance and values. Through generations, the story of Bhai Dooj has been passed down by word of mouth. The narration of the story marks the end of the Bhai Dooj prayers. Once the various rituals of Bhai dooj, such as the sister applying the teeka on the forehead of the brother, giving him sweets and in return receiving gifts are over, women and children sit around, to hear the story behind Bhai Dooj from the elders of the family.

The story goes that once there was a family in a village. The sister was elder to her only brother and when she got married, the brother was very young. The boy did not remember anything about his sister's marriage. After the marriage, the sister never returned to her mother's home. As the brother grew up, he missed his sister, especially on the Bhai Dooj day.

One particular Bhai dooj, when he had turned into a handsome young man, the boy asked his mother why his sister had never visited home. The mother said that there is a big forest between their village and the one in which his sister lives and there is a big river too that rises high and swallows anything that it can envelope with its waters. One has to cross the river by boat and then there are wild animals, which people fear, so nobody likes to travel through the forest.

Knowing of the immense difficulty he will have to face, the brother decided to visit his sister on Bhai Dooj day. His mother reminded him again of the dangers, but he was adamant. When the time came for him to leave his mother asked him to tell his sister when he meets her, that she should come to her maiden home and choose a suitable bride for him.

The boy set off and on his way he faced the rising river, which made it impossible for him to go across. There was also the danger of snakes. The boy requested the river not to drown him and told the snakes that they could bite him on his return journey, after he had met his only sister. The snakes agreed and the boy proceeded. He arrived at a mountain. There was a landslide and big stones started to fall down. He pleaded with the mountain to let him go. When the boy was near his sister's village, a hungry tiger accosted him. The boy told the tiger he could devour him when he was on his way back but for now, allow him to meet his sister.

The boy knew his days were numbered; yet he eagerly went to meet his sister. He entered the house and saw that she was performing Bhai Dooj prayers. His sister, on seeing him after such a long time, welcomed him with a smile and embraced him. She brought fruits and sweets to eat. She set about preparing kheer, puri, kachori and lots of other tasty foods for him. When her husband returned from work, both of them provided a very enjoyable and memorable time to the young lad and he was filled with joy.

Days passed. It was time for the brother to leave. He narrated the whole incident to his sister and told her that he is going to die. The sister was shocked and she decided to accompany her brother on his return. Secretly, she packed meat for the tiger, milk for the snake, flowers of silver and gold for the mountain and some roli and rice for the river.

Soon they were on their way and, of course, the tiger came first. The sister gave him meat and he went his way. Then came the mountain. She prayed with the gold and silver flowers and the mountain was pleased with the offering. When it was the turn of the snake, it was given the milk. They now reached the river and as was expected, it started to rise. The sister subdued it by performing prayers with roli and rice, and the river too, receded.

Both, brother and sister were happy to escape the dangers of the forest and were anxious to reach home. The sister was now tired and thirsty. She saw some gypsies working far away. She wanted to ask them for water so her brother sat under a tree, happy to be alive and she went to the gypsies.

The gypsies predicted that the danger was not over and her brother would die. She asked them to tell her ways by which this calamity too could be averted. One old woman came to her rescue and suggested that until her brother gets married, she should go on cursing him, right from now on and all through the wedding. She should insist on getting all rituals performed upon her first, and only then her brother can be saved. 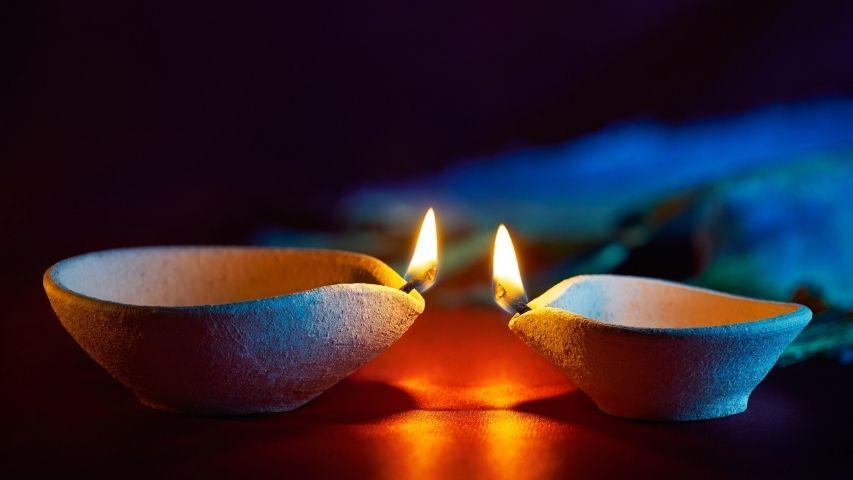 As soon as she reached her brother, she started to abuse him. The boy was taken by surprise but she continued nevertheless. This went on even after they reached home.

The mother, along with the villagers, was surprised at the nasty behavior of the sister but nobody said anything as she had come to the village for the first time after she was married.

After a while, the brother's marriage was arranged with a beautiful girl. The sister continued to curse him. Everyone wanted the wedding to be over as soon as possible so that the sister would be sent back to her village. On the wedding day, the sister insisted that all the rituals be performed on her before they were carried out on her brother. The sister insisted that they tie the sehra on her forehead before her brothers and baffled everybody with her insistence. When that was done, she found a small snake in the sehra instead of a string. She pulled out the snake.

Next, the sister insisted that the baraat (marriage procession) should go from the back entrance and not from the front door and no decorations should be made. When the baraat was to start, the sister had fallen asleep. Ignoring her directions, the procession started from the beautiful front porch. But nobody had gathered there fortunately when the ceiling of the porch fell down and narrowly missed the groom.

Now the time for the pheras (ritual of going around the fire) arrived and the sister fell asleep yet again. As soon as the first round of the pheras was done, the boy fell down in a dead faint because of the evil spirits that had come to take him. The sister woke up hearing the noise and came cursing to the courtyard. Hearing her abusing and seeing her blazing eyes, the evil spirits fled. It was now time for the bride and the groom to give kheer (sweetened milk) to each other. They let the sister have the first morsel from which she took out a hedgehog's spiked needle and quickly put it away.

The wedding was finally over and every one including the mother and brother were keen to see the sister leave. Before leaving, the sister narrated the prediction of the gypsies. Everyone had tears in their eyes and they touched her feet. And almost everyone present there said in one voice, “Let all of us have a sister like this, who is willing to be talked ill of to save her brother and family from disaster”. Thus, this became a custom. No Hindu brother goes to his sister’s house for teeka; instead sisters bring or send the teeka to the brother.

Diwali is a festival of lights mainly celebrated by Hindus.  The festival usually lasts five days and is celebrated during the Hindu Lunisolar month Kartika (between mid-October and mid-November).

One of the most popular festivals of Hinduism, Diwali symbolizes the spiritual ‘victory of light over darkness, good over evil, and knowledge over ignorance’.

The festival is widely associated with Lakshmi, goddess of prosperity, with many other regional traditions connecting the holiday to Sita and Rama, Vishnu, Krishna, Yama, Yami, Durga, Kali, Hanuman, Ganesha, Kubera, Dhanvantari and Vishvakarman.

In some regions, a celebration of the day is for Lord Rama, who returned to his kingdom Ayodhya with his wife Sita and his brother Lakshmana after defeating Ravana in Lanka and serving fourteen years in exile.

Diwali is usually celebrated twenty days after the Dashera festival, with Dhanteras marking the first day of the festival when everyone prepares by cleaning their homes and making decorations on the floor. The second day is Naraka Chaturdashi. The third day is the day of Lakshmi Puja and the darkest night of the traditional month. In some parts of India, the day after Lakshmi Puja is marked with the Govardhan Puja and Balipratipada. Hindu communities mark the last day as Bhai Dooj, which is dedicated to the bond between sisters and brothers.