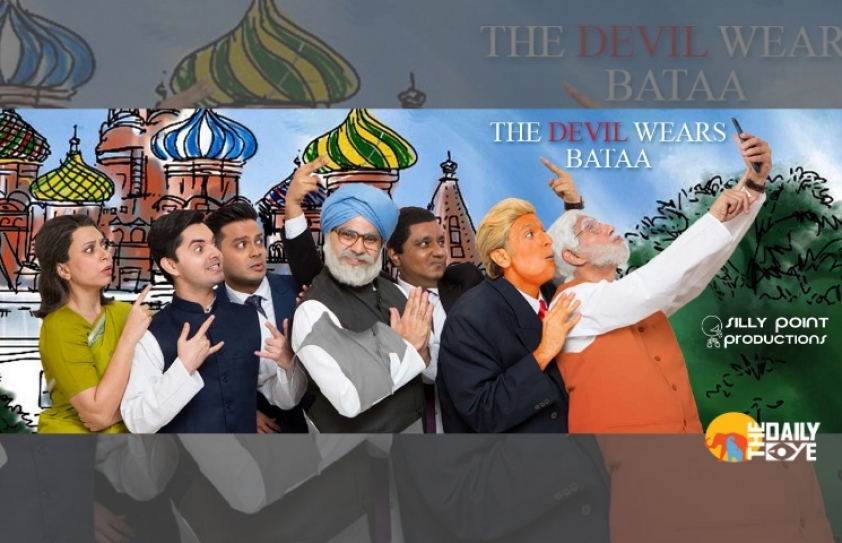 In one of SillyPoint Productions’ earlier plays, the UK royal family hid its Parsi roots (The Buckingham Secret), a satire on playwright-director Meherzad Patel’s own community and its endless fascination for the British monarchy. His new play, The Devil Wears Bataa, widens the net of comedy with its catchy title, absurd plot, and cheeky political caricatures - none named but all easily recognizable.

Madam or Mummy (Dilnaz Irani) wants her foolish son Pappi (Siddharth Merchant) to be the next prime minister, which displeases the current Sikh PM, Paaji (Danesh Irani); he plots to put his own man in the chair, and finds a British actor Nathan Mascerenhas (Darius Shroff) to lose his posh accent and become a Gujarati former tea vendor, with the same initials - no prizes for figuring out who is who.

Meanwhile, in the US, the red-faced, orange-haired Donald Duck (Danesh Khambata) wants to put his candidate in the White House, and gets his Indian-origin aide Bobby (Sajeel Parakh) to find a black man for the job. But nobody accepts, so he gets a dark-skinned Malayali, Balakrishna Oomen (Jigar Mehta) to step in as the first black President of the United States - sharing the initials of you-know-who. 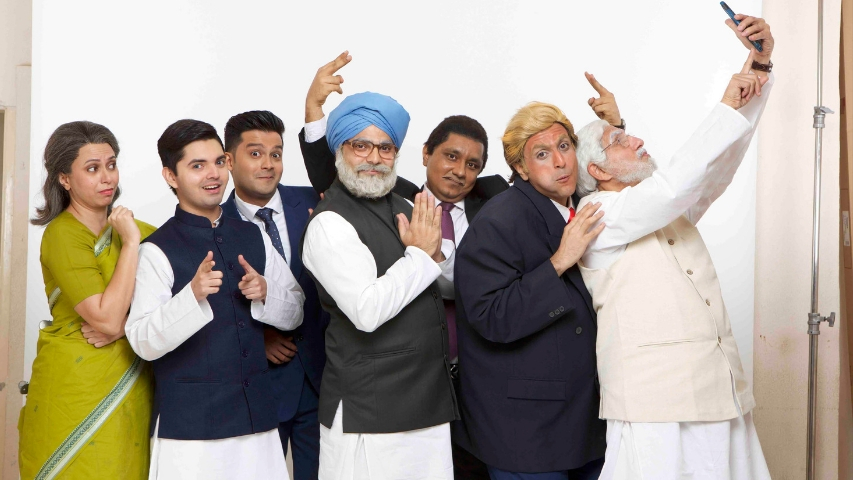 After setting up the implausible but imaginative scenario, Patel goes for easy laughs - stereotypes, weird accents, and political humour of the elementary level of Whatsapp forwards. An audience in the mood to laugh, doesn’t care about racism, sexism and the occasional bit of vulgarity. When a grey-haired man in colourful jackets says “Mitron,” or Paaji yells Raphael to summon an off-stage minion, the chuckles roll in before the line is completed. And, well, the man from Republic TV (Mihir Mehra) has just to utter the word “nation” to get people guffawing.

The play does go on for too long, and the cleverness dries up long before the two sides meet, but audiences looking for an evening’s entertainment get their money’s worth. Anyone who wants to see really sharp satire could look for videos on YouTube; there are enough comedians who have the courage to lampoon the famous and the powerful. It must be said, however, that these days when everybody is so quick to take offence, even a play as innocuous as this one is sticking its neck out.

Patel has fabulous comic actors in Danesh Irani and Jigar Mehta, who raise their performances above the level of mimicry. But Danesh Khambata in a fat suit and unsightly wig is a scene-stealer, mainly because the man he impersonates is such a cartoon. It’s poor brainless Pappi, promising a machine that makes gold from potatoes, who is the target of the funniest gags.