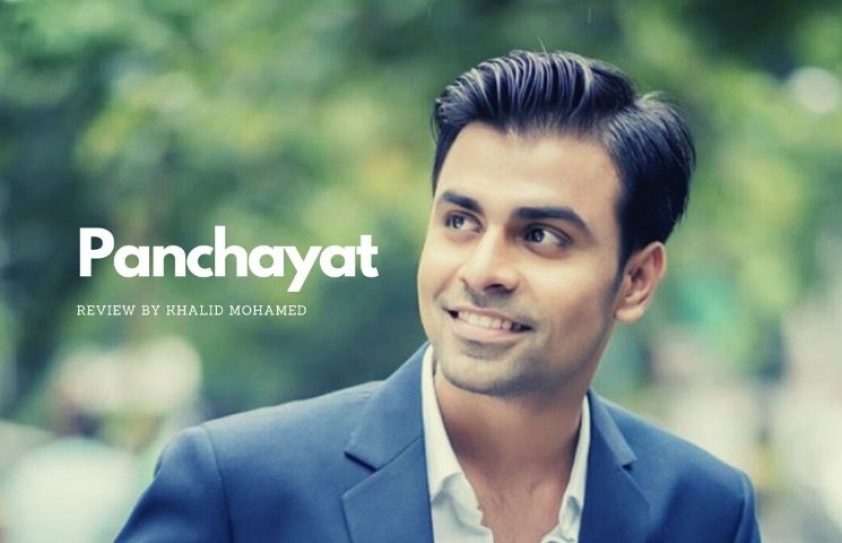 Three cheers to Panchayat, a binge-worthy series at long last, in these stricken times - Khalid Mohamed

A wide-eyed, bushy-tailed young man lands a job as a Panchayat supervisor in Phulera, a dozey hamlet in Uttar Pradesh. Monthly salary: Rs 20,000, barely enough to survive in an airless office room, close to a grand old banyan tree which is believed to be haunted by a nameless spirit (female or male unspecified).

Now that’s quite an off-the-beaten track premise for an eight-episode serial which has  been dropped on Amazon Prime Video. And right off I’d say it’s the most wryly humorous, politically perceptive and sharp observant about the human condition out there in the endless stretches of rural India.

Correctly, there’s no glamour quotient, dollops of execrable comedy, the women on the scene are rarely visible, and the main protagonist Abishek Tripathi (Jitendra Kumar) is the quintessential middle class man of New Delhi, hoping to get away from his job faster than he devours his jam-bread-n-banana for breakfast.

Directed by Deepak Kumar Mishra and written by Chandan Kumar, who have collaborated on streaming series before, Panchayat establishes them as extra-superior talents in a business where satellite towns are either presented as Gangpurs by Anurag Kashyap or Rajneeti ki jiggery pokery a la Prakash Jha.

With a due doff a hat to Messrs Kashyap and Jha, the director and writer here introduce the viewer to a far real realm where buffaloes are graded for the density of their milk,  and where pethas and kachori are gobbled by the locals, as long as they’re for free.

And if a ramshackle bar joint thrives, the vendor is quick to advise, “Drink the first bottle fast, nahin toh doosri bottle ki kick garam phuski ho jaayegi”, or words to that effect. Indeed, the dialogue banter is of the thoroughly believable kind. Any visitor to a village would smile with rueful recognition, “Hanh, yeh hai mera India. Always helpful even in the face of adversity.” 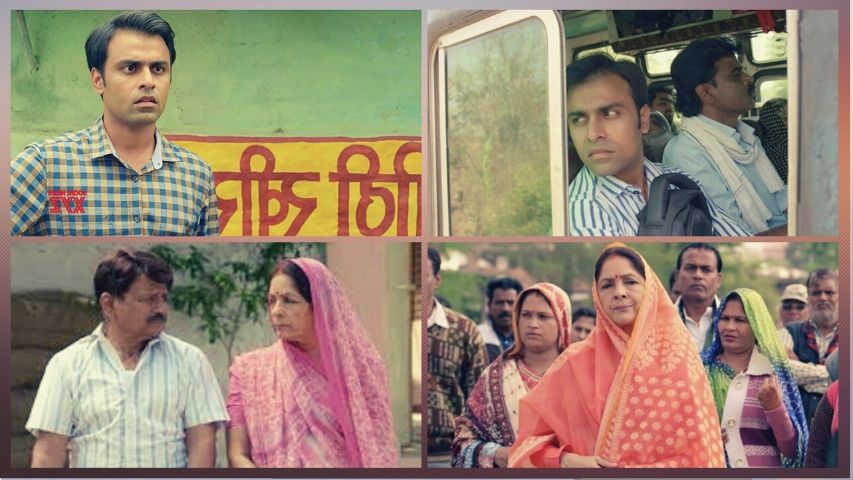 A lack of regular power and water supply, the persistence of the dowry system, the hostility towards family planning slogans, the high-caste expecting subordinates to become their chattel, a mobike symbolising upward mobility, a computer’s monitor screen being mistaken for a TV set, and police constables who are more hare-brained than corrupt, are just some of the motifs that you’ll encounter in this neatly-edited, pukka binge-watch.

No hyperbole this, I couldn’t take my eyes off any frame – even if it was occasionally technically rudimentary – and was as hooked as I would be to a book which must be savoured from cover-to-cover at one go.

Am I overpraising Panchayat? I don’t care if I am since it hasn’t been accompanied by the hype and hokum which precedes the release of most high-profile streaming platform series.

Indeed, there is plenty of food to chew upon this thaali. Moreover, the rural saga doesn’t take itself too seriously, and almost carries a modern Buster Keatonesque quality of sarcasm about it. Our Abhishek, the outsider in the tradition-bound Phulera, mostly speaks by dropping his jaw, rounding his saucer eyes, smiling wanly and sulking under duress. No extravagant display of gutsy heroics for him. Even if he gets involved in a brawl, he’s p..p..petrified, like most of us would be.

After all, his dream is to organise peace among the factions in the hamlet’s ruling class, if  that’s feasible at all. If not, he’s burning the midnight lamp (a solar light, actually) to cram for his CAT exams which will perhaps give him a ticket back to Delhi and a placement at an MBA college. A bumptious friend over the phone, suggests, “Imagine you’ll have grass-roots experience on your bio-data. You’ll become a corporate boss earning way more than my measly Rs 1 lakh a month… Rs 80,000 minus taxes.”

The seesawing relationship of Abhishek with the de facto village Pradhan (Raghuvir Yadav) is compassionately etched throughout. They bicker but understand that they are on the same red-taped page. Incidentally, it’s the Pradhan’s wife (Neena Gupta) who has been duly elected as the Panchayat chief, under the woman quota, but she has far too many household duties to worry about, and especially the impending marriage of their daughter “jo ab kaafi jawaan ho gayee hai.” Nope the elected chief doesn’t even know the national anthem, and one of the most poignantly effective sequences, shows Abhishek trying to teach her to get every line of Jana Gana Mana.. word-perfect.

The theme of “Mera Bharat Mahaan” runs through the episodes seamlessly, without ever becoming didactic or enforced. In fact, you end up loving Phulepur: it’s an  eccentric dot on the map peppered with a lively caboodle of characters. And you hope against hope that the befuddled Abhishek, at the end, won’t give it up for greener city pastures. Does he? Find out for yourself.

Believe me, here’s a series which indicates that both the director Deepak Kumar Mishra and writer Chandan Kumar have either experienced or witnessed the tangy twists and turns in its plots, upfront. That’s the way it is, they assert and convincingly so, in apna gaon, apna desh.

Moreover, the players – minor or major – picked by Casting Bay, are outstanding, be it a guthka-chewing bureaucrat or a swag-flaunting bridegroom who starts crying during his own baraat. Faisal Malik as the Pradhan’s tubby sidekick and Chandan Roy as the ever-beaming office assistant, are flawless. Ditto for the bankable Raghuvir Yadav and Neena Gupta (alas, in an abbreviated role).

Above all, the show belongs to Jitendra Kumar (last seen in Shubh Mangal Zyaada Saavdhan). As the city guy who’d once shop at mid-rung malls for a striped shirt to a callow misfit in an arid land, here’s an actor who’s absolutely lifelike, endearing and if there’s any justice, should be seen way more often on the screen (the size doesn’t matter).

Here’s then raising a mug of chilled beer, even in these stricken times, to the Panchayat team. Cheers!