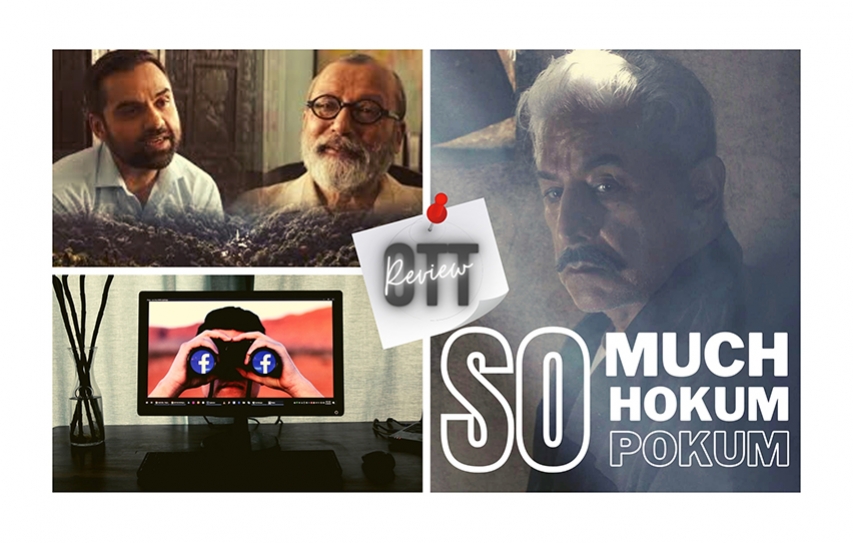 Woe ho. There’s been so much bilge on the dear streaming channels of late, that the already-jangled nerves grate majorly. Come on you program honchos of the premium platforms, do devise some quick-fix norms.

Perhaps there’s no point in me howling any more that the new content evokes discontent. After Panchayat, Bandish Bandits and to a degree, Aashram, there’s been no truly addictive fare, has there? This I say, after flipping through so many original commissioned films and series, pulling out after 20 minutes at most. This is not the way to do it my OTT dosts.

So okay, the major agenda has been to drop fresh Bollywood movies (how much cash is being paid for each of them is of course, none of my business). But let’s say if I had to pay to see Shoojit Sarkar’s Gulabo Sitabo - toplining Amitabh Bachchan and Ayushmann Khurrana - at a multiplex outlet, I would have been quite like a stale cutlet. Now Laxmmi Bomb of Akshay Kumar may be on the way to OTT, though there are conflicting reports that it will be released at the theatres simultaneously. Totally baffled.

Sigh the big sigh then, after all beggars can’t be nitpicky. Here then are some of the relatively endurable and off-putting shows, which I willy-nilly plugged into last week: 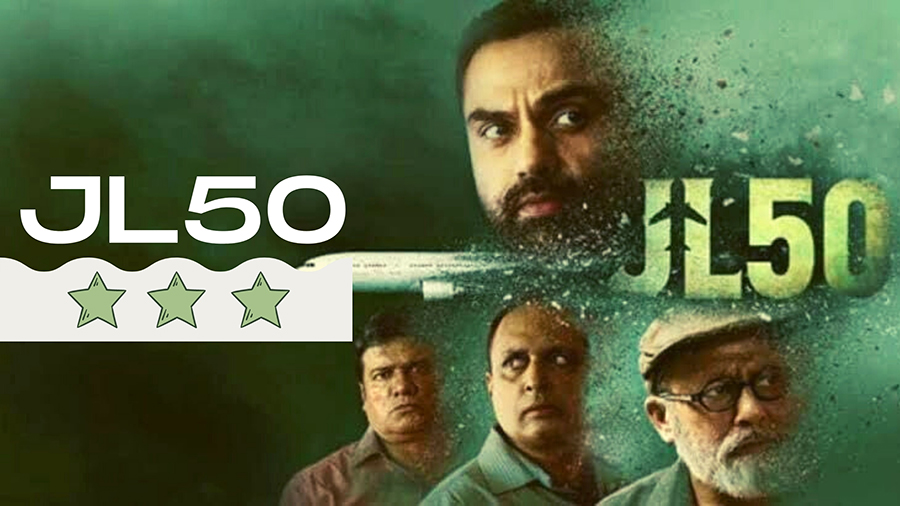 Three stars! Have I guzzled too much at my fast-perishing home wine bar? To be candid, the extra ‘sitara’ has been attached to this comme ci comme ca sci-fi thingamajig, purely out of admiration for its two lead performances by Abhay Deol and Pankaj Kapur (such a god-sent relief to evidence some cool acting chops).

And they’re supported, ever so competently, by the chameleon-like Rajesh Sharma as an upright cop and the Wasseypurwalla Piyush Mishra, who’s a delight infallibly, even if he tends to pop his eyes till you’re scared they might drop out from their sockets.

Created (doth that mean directed? please to clarify) and written by Shailendra Vyas, the acting crew’s only weak element is Ritika Anand, who also doubles up as the four-episoder’s producer. Portraying Ms Bihu Ghosh, a pilot of the eponymous airplane, she gives you the heebie jeebies, especially when she screams at a hospital nurse, wondering what on heaven and earth is a gizmo doing  in her hand. “Mobile hai, aur kya?” retorts the tough nurse so forcefully, that she steals the scene right away from the snooty nose of Ritikaji.

How come that query anyway? Quite simple. Ms Ghosh was piloting an airplane, which had just crashed in a remote area of West Bengal. Plot twist: the plane had taken off from wherever it did as many as 35 years ago. Now it’s up to the surviving pilot, an eccentric professor (Pankaj Kapur), and an ageing avatar of Dennis the Menace (Wasseypurji), to prove that the concept of time travel - crashing through a bunch of years to the future - is not as hokum-pokum as it sounds. Zounds, scriptures are cited to corroborate this theory, though H.G. Wells’ iconic Time Machine, doesn’t even receive an honorable mention.

Never you mind. CBI officer Shantanu (Abhay Deol), who’s married life is in tatters - it always is in series land - is very much around to disbelieve the unbelievable. And this task he executes with so much conviction sparring sharply with the eccentric professor that whoa, you’re engrossed. Shot in Kolkata and verdant hilly locations, the photography is A-grade and so is the dialogue, which is more off-the-cuff instead of lapsing into those punchless punch-lines.

In sum, JL50 is worth a look-see even though it winds up too abruptly for the time-travel theme, which required way more explication. The flight is smoothgoing enough but ends up making a crash, mind-rattling landing. Seat belts are strictly advised. 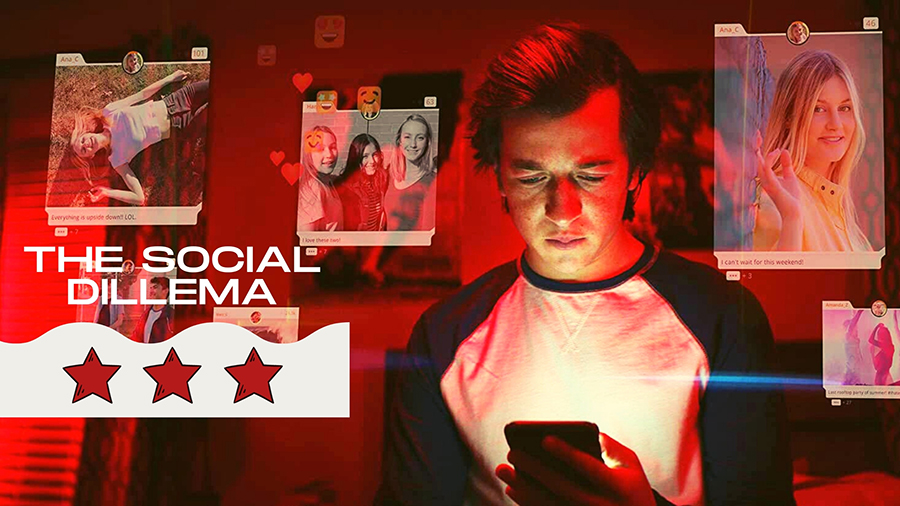 Jeff Oslowski’s much-discussed slickly-assembled 93-minute docu-drama, alas, sounds like preaching to the converted. Interspersing interviews with real-life tech experts - with a sketchy fictional story about a family disrupted by gazillion hours spent on the Internet, media sites and smartphones - here’s an albeit serious bid to tell us that technology has reduced us to zombies, that we’re not treated as humans but as manipulated consumers by advertisers, business tycoons and politicians. And above all, it is underscored that elections all over the world have become a puppet show on the strings of those who control the social media.

It can engineer untold violence against the Rohingya Muslims in Myanmaar, facilitate Russian meddling in the 2016 U.S. elections and was even used to spread the fake news that all’s-not-so-bad in Trumpville during the early weeks of the COVID-19 pandemic, besides sparking a mob lynching incident in India.

Leading lights - inventors and spokespersons for techno-ethics from Google, Facebook, Twitter and more - are quizzed for their pivotal roles as Dr Frankensteins in creating a monster gone beyond their control. To that charge, they agree mostly in carefully-worded phrases, assenting that it’s the era now of capitalist surveillance, in which every individual has become a lab-rat. Every word and emoji you may be using on the net is being stored in a vaster-than-vast grid. So either detox to the extent you can or play the game from which there is no return.

Former Google designer Tristan Harris, comes out strong in this documentary’s whistle-blowing of sorts. And of special note is the lament of a 62-year-old technocrat that at least he may not live to see the day when the monster goes berserk, if it hasn’t already.

Indeed, the cautionary American documentary is a must-see, if only to confirm our worst fears and anxieties about future shocks. 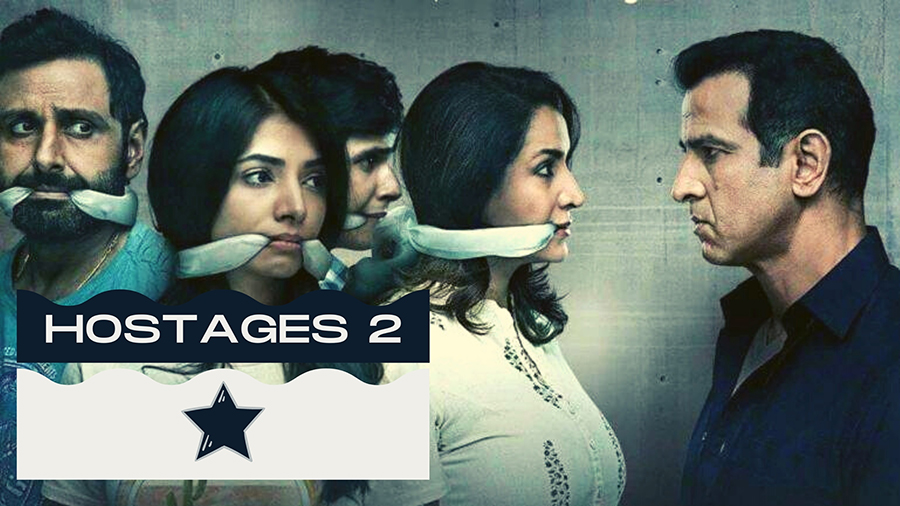 So many bullets, cuss words and emergency surgical operations, and cliches of kidnap dramas galore that you might mistake this 12-episoder, a sureshot over-the-counter prescription for miscellaneous aches, pains and a throbbing headache.

Making your life thoroughly miserable, there’s an enormous barrel-full of characters who’re either striving to save or blast one Chief Minister Khushwant Lal Handa (Dalip Tahil), to smithereens. Badass cop (Ronit Bose Roy), is the majordomo of the abduction for reasons that are a cat’s cradle of confusion. Oh me, oh meow.

Hence there you are, holed up in a boarded-up, abandoned bungalow of Gurgaon, where CM saab and his tormentors are caught in a do-or-duh situation. Outside, the law protectors led by Kanwaljit Singh, plus a champion negotiator (Divya Dutta, reliably controlled), a posse of cops and awwww, the media, meanwhile go around in dizzying circles.

Moreover, transition cuts introduce you to a long-vanished Dino Morea accompanied by a glam gangsta moll-sort (is that Shibani Dandekar?), who are jiving it up in a mammoth suite where you could possibly go roller-skating). To be frank, you don’t care about what fate awaits the good or the bad guys. You only worry about Divya Dutta, coming up with brilliant ideas to bring the chaos under check. Does she? Sorry a spoiler alert is not in my scheme of things.

The series has been credited to the seasoned Sudhir Mishra as creator and yet the only redeeming factor turns out to be the cinematography by Sachin Krishn (who also directed quite a few of the episodes, it would seem).

Playing with ochre-and-brown lighting, Krishn maintains the tense ambience throughout. Still, believe me tension is not what you are looking for in these weeks and months of the coronavirus hypertension. And I say that with no due apologies to Mr Arnab Goswami.