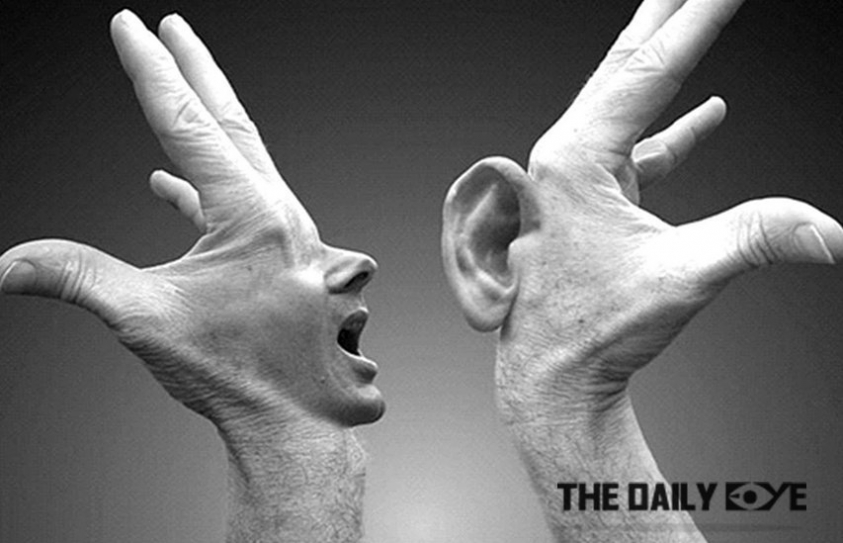 When we think of human senses we think of eyesight, hearing, taste, touch, and smell. Yet we have always known that we are capable of sensing much more than this. Sixth sense? That's child's play.  It turns out, there are at least nine senses and most researchers think there are most likely twenty-one or so.  Two additional senses that have been almost universally acknowledged by scientists are the sense of balance and the sense of proprioception.

For example, the tiny hairs in your inner ear are sound sensors. But your ears also have sensors for orientation and balance, as anyone who's gotten dizzy from an ear infection has felt this. Some of these sensors work together to create what could be considered as one major sense. An example of this would be that the balance sensors in your inner ear work with the light sensors in your eyes to tell you where you are in space in a sense known as equilibrioception. Sensors in your skin, joints, and muscles, work together to create proprioception, this sense gives you the ability to tell where your body parts are, relative to other body parts.

Sight:  This technically is two senses given the two distinct types of receptors present, one for colour (cones) and one for brightness (rods).

Taste:  This is sometimes argued to be five senses by itself due to the differing types of taste receptors (sweet, salty, sour, bitter, and umami), but generally is just referred to as one sense.

Touch:  This has been found to be distinct from pressure, temperature, pain, and even itch sensors.

Itch:  Surprisingly, this is a distinct sensor system from other touch-related senses.

Thermoception:  Ability to sense heat and cold.  This also is thought of as more than one sense.

Sound:  Detecting vibrations along some medium, such as air or water that is in contact with your ear drum

Smell:  Yet another of the sensors that work off of a chemical reaction.  This sense combines with taste to produce flavours.

Proprioception: is the mind’s understanding of the location and orientation of one’s body parts. Have you ever wondered how you manage to put on your clothes in the dark, or write without looking? This is how.

Tension Sensors:  These are found in such places as your muscles and allow the brain the ability to monitor muscle tension.

Nociception:  In a word, pain. There are three distinct types of pain receptors: cutaneous (skin), somatic (bones and joints), and visceral (body organs).

Equilibrioception: the sense that allows you to keep your balance and sense body movement in terms of acceleration and directional changes.  This sense also allows for perceiving gravity.  The sensory system for this is found in your inner ears and is called the vestibular labyrinthine system.

Thirst:  This system more or less allows your body to monitor its hydration level and so your body knows when it should tell you to drink.

Hunger:  This system allows your body to detect when you need to eat something.

Time:  This one is debated as no singular mechanism has been found that allows people to perceive time.  However, experimental data has conclusively shown humans have a startling accurate sense of time, particularly when younger. The mechanism we use for this seems to be a distributed system involving the cerebral cortex, cerebellum, and basal ganglia.

Why You Should Care?

Because, without knowing it, you've been spreading a 2,000 year old myth. The person credited with starting the rumour that humans have five senses is none other than ancient Greek philosopher Aristotle. He was the first to suggest that there were five senses that governed our reality, and this is something we still believe. Scientists are hopeful of discovering and recognizing even more senses that have so far evaded our five original senses. Ultimately, we should realize that our experience in this world is not only restricted to the five senses but is a multi-sensory one and the humanity has only just touched the surface of how and what can humans sense.