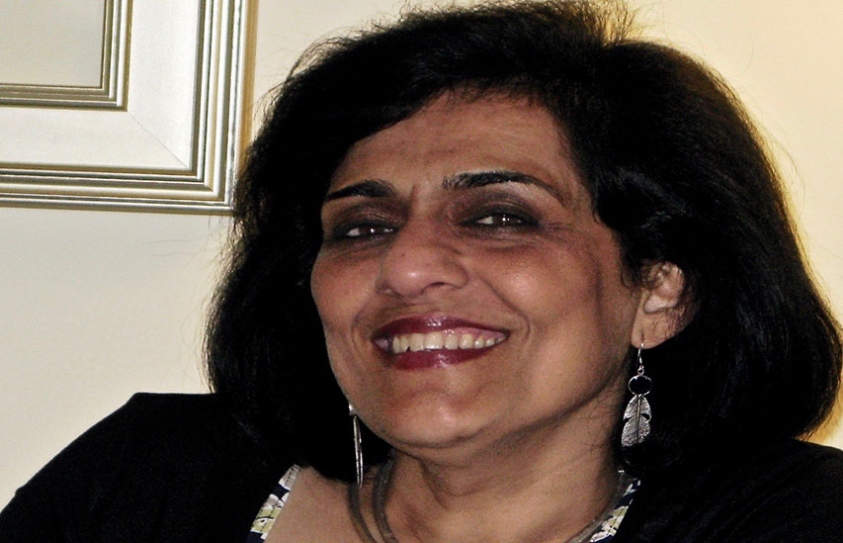 Rashmi Lamba is the Festival Director at the FLO Film Festival, a festival geared towards the empowerment of women. The festival explores positive portrayals of women and girls in Cinema. Rashmi has worked in varied senior capacities at International Film Festivals in Toronto, Dubai, Abu Dhabi. In India, Rashmi initiated and managed the MAMI - Mumbai Film Mart and the MIFF HUB at Films Division. 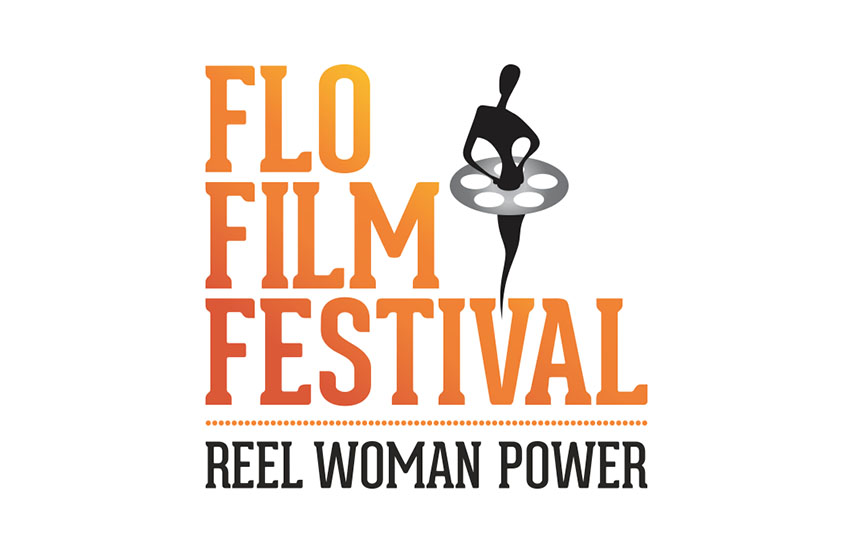 Vinta Nanda, Director, Producer and Managing Director of ACEE The Third Eye sat down with Rashmi to learn more about the festival, its achievements and motivations.

Vinta: Tell us about where the journey for the FLO Film Festival started?

Rashmi: The idea took root almost a year ago. In March 2015, the incoming Chairperson of the FICCI Ladies Organisation (FLO) Mumbai Chapter, FalguniPadode, also a good friend, proposed to initiate a Film Festival as the highlight of her year long tenure. The idea was to use the medium of film to highlight the issues being addressed by FLO with their mandate to skill and empower women through education and economic independence.

Falguni approached me to help shape the FLO Film Festival, as I returned to live in India after being away for twenty years outside the country. During my global moves, I was very fortunate to get opportunities to work in varied senior capacities at International Film Festivals in Toronto, Dubai, Abu Dhabi and also at MAMI and MIFF where I launched and managed the Mumbai Film Mart (MFM) and the MIFF HUB.

The first thought I had was to coin the phrase, 'REEL WOMAN POWER', as the by-line we could use to curate films that would inspire and motivate audiences to bring about REAL change through a paradigm shift in their gender perceptions. We were keen to go beyond just female-centric issues and create a platform through FICCI FLO to be the catalyst for change by bringing together leading voices, media related institutions and global organisations.

The first step was to get a venue for the screenings and we were very fortunate to get a positive nod right away from the then Director General of Films Division of India. We got on our way to put together the Festival, taking one small step at a time.

Vinta: How did you rope in Geena Davis Institute?

Rashmi: I had been following the Geena Davis Institute for over two years through their weekly online Newsletter. I was delighted to learn about their launch of the 'Bentonville Film Festival' that would judge films on the basis of gender diversity and thought it was a perfect sync with the intent and theme of the FLO Film Festival. A very dear friend in USA who is the Global Head for Diversity in a reputed multi-national company, managed to put me in touch with them and we started a conversation with Madeline Di Nonno, CEO of the Geena Davis Institute, that finally culminated in a strategic partnership with FLO to host their first Global Symposium in India on Gender in Media. 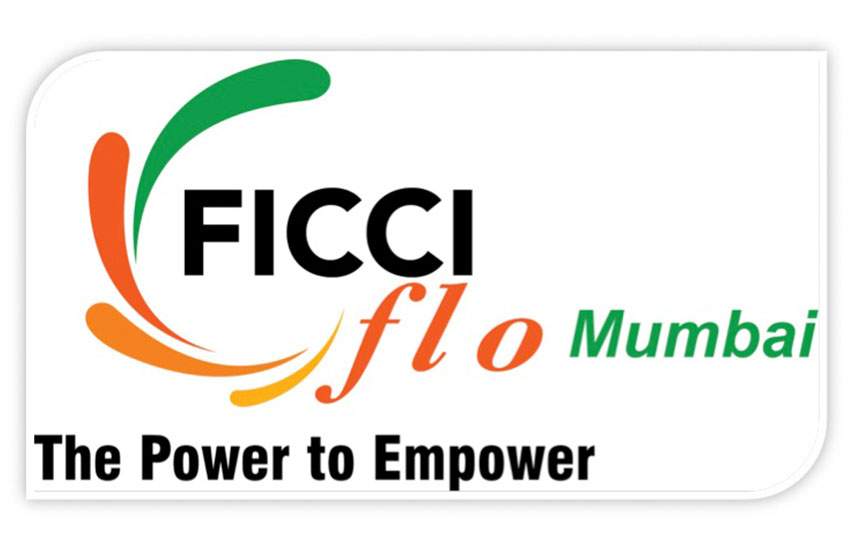 Vinta: What was your process for selecting the films that were screened at the festival?

Rashmi: Most of the films were curated by our reputed programmers, MeenakshiShedde and Prasad Khatu. Both came on board readily to support the cause and ideology of the Festival. Some films came to us directly from filmmakers, organisations and consulates. The HongKong Women's Foundation premiered their film 'She Objects' and so did 'Threads', a co-production between Bangladesh - Canada - USA. The US Consulate screened the film 'She's Beautiful When She is Angry' from the American Film Showcase while ITVS gave us 8 Films from their 'Women And Girls Lead Global' Program that included films like 'Boxing Girls from Kabul', 'I Am A Girl', 'Driving With Selvi' among others. We also screened some animation and student films.

Vinta: Can you tell us about the workshops and other events that were held during the festival?

Rashmi: Three Workshops were held prior to the Festival on 15th and 16th February.

'Through the Gender Lens' was conducted by Dr. Sharada, Director, Laadli - Population First - to create a pool of gender sensitive journalists and filmmakers

'Unpacking the Media, Unpacking our Identities' - A workshop on Critical Media Education was conducted by: Prof. Anjali Monteiro and Prof. K.P. Jayasankar, Professors at the School of Media and Cultural Studies, Tata Institute of Social Sciences, (TISS).

Through this exposure, participants would be in a better position to become discerning viewers and to critically reflect on their media consumption and how it influences them.

The aim was to discuss how films can be effectively used to impact mindsets and start important conversations that lead to positive change.

The 'HeForShe' Campaign run by UN Women set up a booth at the Festival to elicit pledges from all the men who attended the FLO Film Festival. At the Festival Inaugural event, both, the Chief Minister and Governor of Maharashtra agreed to wear the 'HeForShe'Badge, pinned on them by Dr. Rebecca Reichmann Tavares, Representative, UN Women Multi-Country Office for India, Bhutan, Maldives and Sri Lanka.

'HeForShe' is a solidarity campaign for gender equality initiated by UN Women. Its goal is to engage men and boys as agents of change for the achievement of gender equality and women’s rights, by encouraging them to take action against inequalities faced by women and girls.

On 19th March, there was an outdoor theatre performance by student members of MAVA (Men Against Violence and Abuse), the oldest such organisation in India since 1993. The play was titled 'Mardangi' and set out to redefine Masculinity.

The crowning glory was a well-timed Premiere and Gala Screening on 19th February of the acclaimed and very relevant film, 'Neerja'. SonamKapoor and the Director, Ram Madhvani attended the Screening as well as the Inauguration of the Festival

Vinta: The symposium was huge, give us some highlights?

Rashmi: The Global Symposium presented by the Geena Davis Institute on Gender in Media was held in partnership with FICCI FLO Mumbai Chapter, on 17th February, a day before the FLO Film Festival was inaugurated. The Symposium in India was sponsored by ITVS and the Oak Foundation.

The Symposium that brought together eminent content creators, business leaders, actors, directors, media personalities and policy makers for a dialogue on gender issues also culminated in the release of a powerful report on ‘Investigation on the Impact of Gender Representation in Indian Films.’

Founded by Academy Award winning Actor Geena Davis, the Institute is the only research-based non-profit organisation within the entertainment industry that works towards dramatically improving gender balance, reducing stereotyping and creating diverse female characters in media. The Symposium opened with video recorded message by Geena Davis. She is best known for her roles in movies like Thelma & Louise, A League of Their Own, The Long Kiss Goodnight, Stuart Little and The Accidental Tourist.

Two Panel discussions were held on Media and Social Impact –Film as a tool to promote Gender Equalityand The Art of Story Telling For Social Change: Empowering Women and Girls.

Vinta: What were the various partnerships you could form in the process?

Rashmi: The Festival garnered immense support as we spoke from our heart with passion and commitment!

Our first partner was Films Division of India and our best day was when we could add the UN Women logo as a Support partner!  ITVS and Geena Davis Institute gave us strong support and guidance all through. The Festival received a huge boost when Colors came on board as the Presenting Sponsor as they saw a synergy in promoting women empowerment while Unilever felt their brand Ponds identified with the inner strength to be recognised by women.

Manish Mundra is known for his generosity and through Drishyam Films helped us get off the ground as did another generous benefactor who chose to promote his interest in the JBCN Schools that provide liberal education.

Jaipur Jewels agreed to underwrite the delegate bags while the State Bank of India gave us a token amount to support the Festival.

The Canadian Consulate in Mumbai is a strong promoter of the visual arts and offered to help us with the inaugural event.

At the very outset, globally renowned Mirum, previously known as Social Wavelength, gave us their creative inputs for the Festival logo and website which was then ably managed by ASAPP Media who also edited and printed the Catalogue and all other creatives.

Radio One, DNA, Bright Outdoor helped spread the word and we were very fortunate to also get Miss Malini to blog about the Festival to her vast followers.

Whistling Woods International came on from the very start and created a Festival Logo animation and gave us their enthusiastic Student Volunteers who ably helped in various capacities throughout the week.

Tata Institute for Social Sciences (TISS) and Population First - Laadli were Knowledge Partners as they conducted the workshops and Dr. Anjali Monteiro and Dr. Jayasankar, Professors at the School for Media and Cultural Studies at TISS also gave of their time and experience to write an intervention report for the Global Symposium

Women Make Movies, USA gave us some films to screen as did the Women and Girls Lead GlobalProgram and the Hong Kong Women's Foundation.

Registrations were handled by the young portal insider.in, while for Public Relations there was Carmineand legal advice came in through Universal Legal.

Above all, there was support and clearances extended by the Government of Maharashtra, Department of Tourism and Culture and the Ministry for Information and Broadcasting.

The Festival got a huge fillip when both, the Chief Minister and Governor of Maharashtra agreed to grace the Inaugural Event on 18th February along with SonamKapoor who was there to endorse her film 'Neerja' that epitomises the bravery of a young woman.

Rashmi: I would like to explain the FLO is an autonomous, not-for-profit, membership based organisation that does not receive any funds from FICCI. Hence every single rupee for the Festival costs had to be raised through sponsorships as is done for all FLO initiatives. 'Ponds' was the brand chosen by Unilever when they agreed to support the Festival with a token amount. It was discussed that there would be no association with 'Fair & Lovely' ads. Unfortunately, as always is the case, the creatives came in at the very last minute and went directly to the studio and printer.

The focus, intent and theme of the Festival was always very clearly centred around gender sensitivity and woman empowerment. There was never an intent to offend any film subject or filmmaker or to create a controversy. I can only hope and pray that the corporates and brands will also join us in this much needed paradigm shift in perceptions of beauty and feminine values rather than stereotyping and promoting false notions of social acceptance.