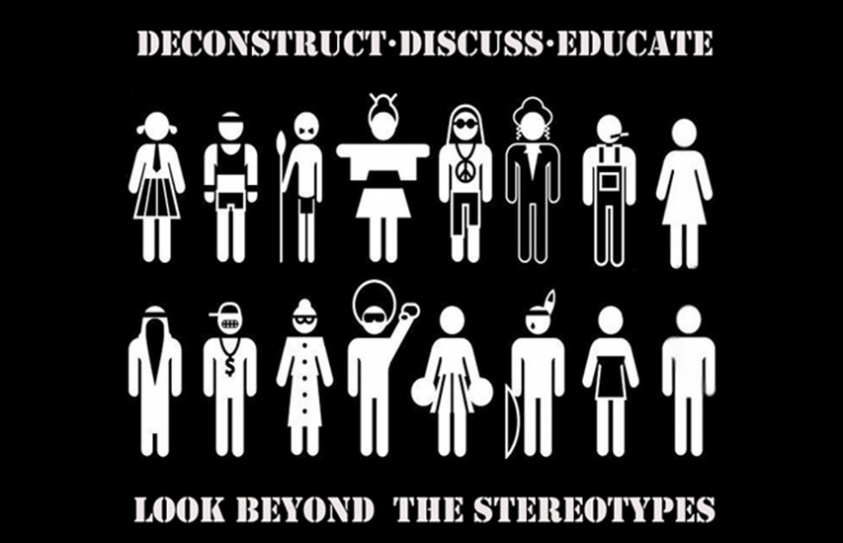 What has impacted on our lives - in our daily relationships- most is stereotyping .Women, more than men, are hurt and trivialised by stereotyping. There is always a tendency to blame films. Bollywood, in particular is held guilty of creating stereotypes. I don’t deny it is true to a certain extent. But not entirely. Human civilization has created stereotypes to keep the power balance.

If you look at life, we find any number of examples when we ourselves have imposed stereotype on people, situations, and relationships. We have been made to believe that a men and women behave in a certain manner. Remember the proverbs that prompt this expectation of a man.

“Be a man”, is a key to how we expect a man to be, to behave. The notion of manliness, of mardangi itself is based on the idea that a man has to be strong, powerful, controlling, brave, and even heroic. If this is taken seriously, which it is, then men cannot cry. To shed tears is a female thing. And man cannot enter the kitchen. It is beneath a man to wash vessels. To clean and run the home. And certainly if he cannot give birth, he cannot raise an infant. He cannot be gentle, caring, loving. He has to project his manly personality at all times to be socially legitimate. Yet, all over the world, men are doing precisely what they are not supposed to do. They are cooking – not just as celebrity chefs, but at home, they keep home, raise kids, they wash and nappy change. In fact they are doing it pretty well!

These presumptions about men have stifled them for generations. It has prevented men from being sensitive, human, caring. What a loss to humanity!

At the recently concluded Flo Film Festival seminar Rahul Bose made us laugh when he said:

“My mother never entered the kitchen. She could not cook. But she went to work. She smoked and drank…it was father who cooked. For me this was natural .When I went visit a friend and found his mother cooking, I asked. What happened to your dad? Is he dead? Is he ill? For me the opposite of a stereotype was true.”

In life we go along with gender role stereotypes. We, ourselves, role play. It may be simple, convenient. It makes life easy. Any role reversal will upset the social equilibrium. And it will be socially unacceptable. But the creation of a healthy, unoppressive society demands we do this…change the gender roles. Women themselves have stepped out of traditional role models, they are no longer just wives, daughters and mothers. It is imperative to interrogate masculinity, and create new roles, and find inspiring examples when women have made a difference.

Unless we do so, society is threatened. It will cease to exist .True progress lies when everyone makes that significant difference to make life worth living.