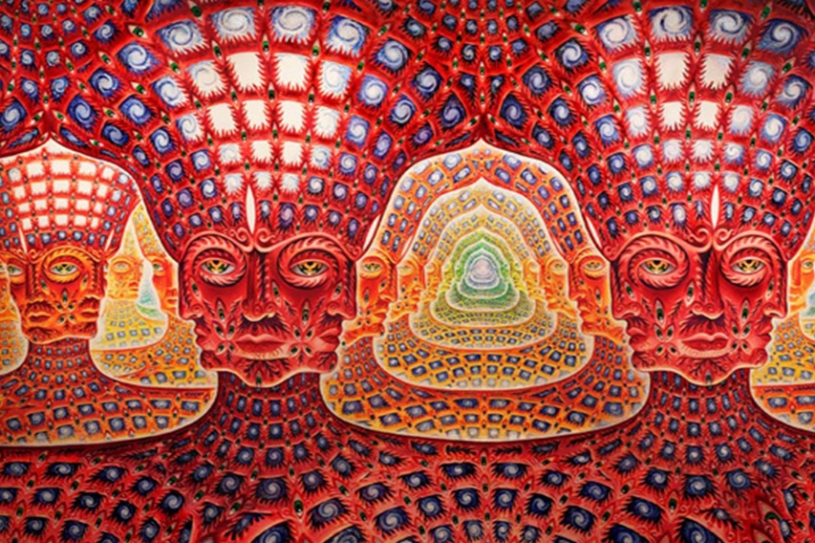 Science and religion have been polarized over the issue of consciousness since time immemorial. Science attributes this fundamental function of our species to tiny volts of electricity shot through the synapses of our neurological pathways and a cocktail infusion of various hormones and chemicals termed neurotransmitters.  The brain is the master organ that regulates the activity of all other organs and gives rise to thought, belief, analysis and will. Science proposes that every brain is unique and every thought and action is determined by the amorphous concoctions of the various chemicals and neuro-electrical activity.

Spirituality on the other hand has envisaged that our corporeal form is but a mere vessel, illuminated by a soul that breathes life and consciousness. Furthermore, our experiences here are in order for the objective universe to experience itself subjectively. It is argued that the brain is merely a receiver, an antenna if you will, tuning into what philosopher and psychologists Carl Jung calls the collective unconscious. This holds all the knowledge and wisdom of the universe along with the collective memories of all our ancestors. It is from this ethereal realm that we get our instincts, intuitions and ideas. Religions all allude to this through metaphorical and allegorical storytelling and ideas. Reincarnation, for example could be a romantic expression of this very domain of meta-cognition. Practically speaking, with the exponential surge we’ve seen in populations, the idea that souls would transmute from life to life would just not be mathematically sound.

The aforementioned schools of thought play a key role in context to the arguments for and against the notion of intellectual property. Parallels to the scientific school of thought can be drawn to explore the current status quo when it comes to intellectual property rights. Thoughts and ideas are considered to be property on a first come first serve basis, technology designs, plants, herbs and chemicals patented; a capitalist trope that has defined the twentieth century, bringing prosperity, revolution and richness to society, ultimately paving a visionary future that could not have been predicted at the time. However, like any evolving narrative, there is a point at which the current paradigm becomes obsolete, decadent and irrelevant as entropy denatures its very core ideal.

Picasso has a famous quote: “you are only as original as the obscurity of your sources”. Every idea is a refurbished “remix” of a previously existing idea. Philosophically, it would be impossible to own an idea, as the very seed of the idea has been planted by someone from the past who conceived it. It is especially relevant in today’s context. The floodgates have been opened and torrents of art, ideas and knowledge are now at everyone’s fingertips, to monopolize them is myopic. The base of knowledge and ideas we rely on have been cultivated by generations of our ancestors, and we continue to build upon them. We pick and choose from a nebulous web of collective consciousness and memory.

The argument that maintains the status quo is the protection of the artist or creator. To counter, if one examines the system currently at hand, it is clear that there are a myriad of middle men and a cornucopia of irrelevant agencies that take in large chunks of the revenue, leaving the artist or creator a meagre income. As for blatant plagiarism, the internet with the various social media’s has become a conscious being. Online activism is an integral part of the online community and often takes up for the voiceless. There is however no absolute and a nuanced rediscovery and readjustment of these notions will catapult us into a new paradigm, telescoping us further into evolution.

bad poets deface what they take,

and good poets make it into something better,

or at least something different. The

good poet welds his theft into

a whole of feeling which is