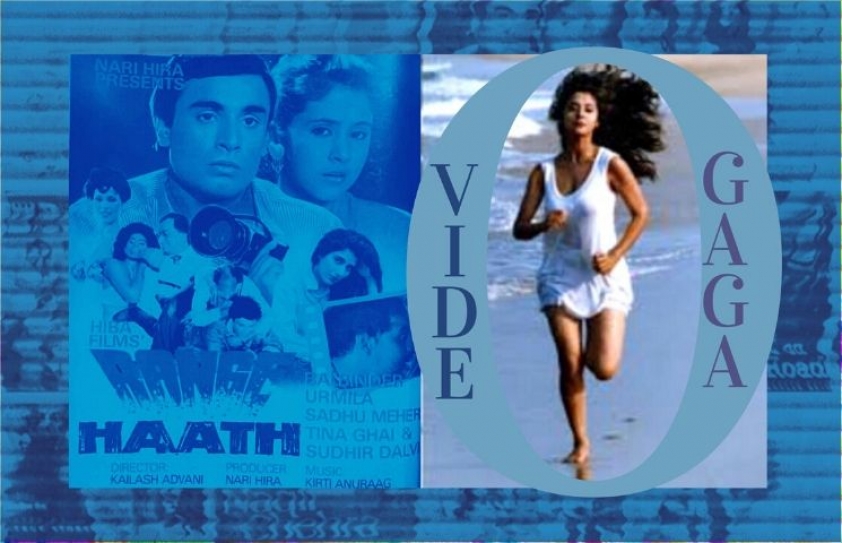 Film historian Dhruv Somani excavates the exclusive made-for video movies by Nari Hira and other producers, way before the arrival of the streaming channels

Long before Netflix and Amazon Prime and other OTT platforms, there was a certain individual who dared to venture into this domain by making small films with lesser-established stars and even promoting upcoming models and newcomers waiting to make their debuts.

These video flicks were successful since their subjects were taboo, shunned by the major actors of the time as well as the audience, especially the conservative ones who wanted entertainment to be strictly clean-cut.

This rule-breaking video producer was none other than Nari Hira, owner of the famed Magna Publishing Co. Ltd which bombarded the media market with magazines like Stardust, Savvy, Showtime, Society, and Health & Nutrition to name a few.

His major ticket to fame was the spicy Stardust around the early 1970s while in the early ‘80s he set up Magna Films, a subsidiary of his publishing company. He pioneered this video film genre, producing around 15 direct-to-videotape films on a gamut of subjects like marital rape, prostitution, organized crimes, drug abuse and sexual offences, under the banner of Hiba Films.

Most of the products did well since their cost of production was low, besides launching the careers of Aditya Pancholi and Urmila Matondkar.  In fact, Urmila acted in a quickie called Range Haath before debuting in her first heroine role in Narasimha (1991). Names who hadn’t quite made it in the mainstream Bollywood movies, received a second shot at facing the camera and earning their spurs. Among them count Persis Kambatta, Marc Zuber, Zarina Wahab, Anju Mahendroo, Supriya Pathak, Neeta Puri, Jeet Upendra, Archana Puran Singh, Ardhendu Bose and Balbinder.

Most of the Hira flix were for adult viewing. Surprisingly hummable music scores by Kirti Anurag, who unfortunately never got his due praise, enhanced most of them. Here then is a pick of ahead-of-their-times products from the Hiba treasure chest. 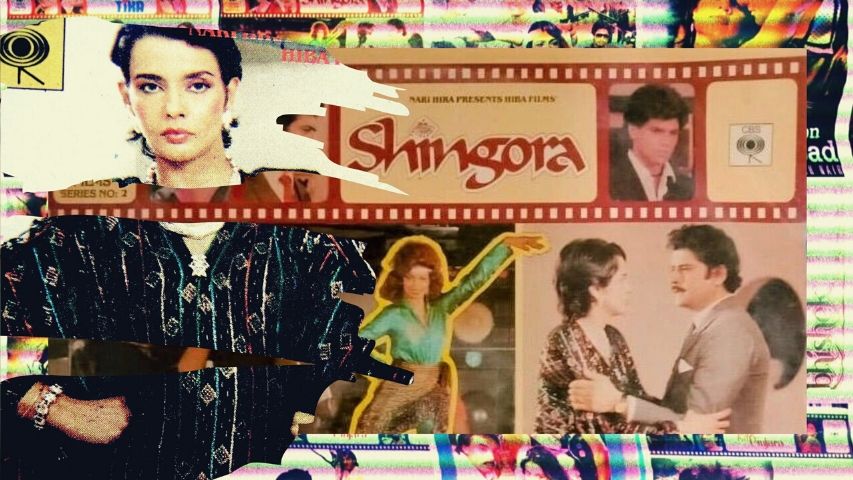 An unusual title since most wouldn’t even know its meaning (it denotes wedding jewelry commonly known as maang tika). As a teenager I was intrigued by and somehow hoped I could see its controversial content, including steamy scenes of lovemaking between Persis Khambatta and Marc Zuber.  If it had been made in the Internet age, I can imagine the massive number of clicks even its trailer would have garnered on YouTube. Finally, I was successful in viewing the film with friends and was quite shocked by its provocative theme. Being a collector of sorts, I’ve still preserved the LP album of its music score. 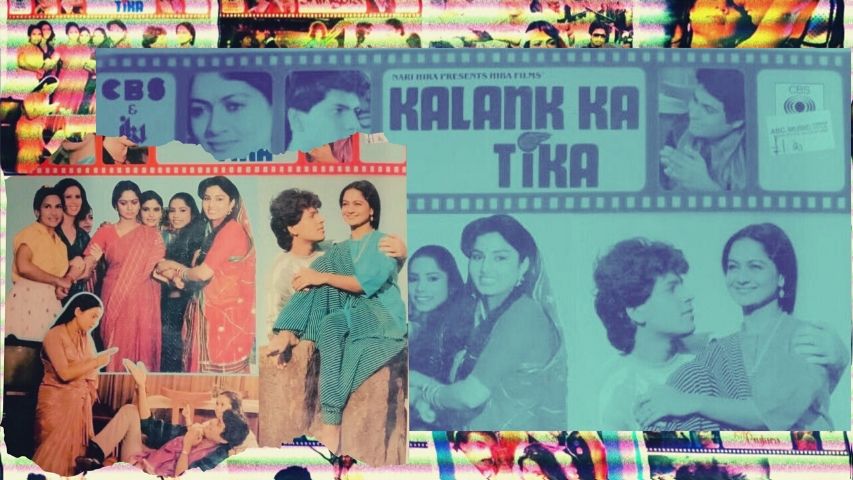 It dealt with the flesh trade or how guileless village girls are sold into a world of crime and prostitution. Surprise, surprise: Zarina Wahab played the lead opposite Aditya Pancholi. They married within 15 days of the completion of the shoot. There was much brouhaha over the incident as Zarina Wahab was an upcoming heroine while Aditya Panscholi was a rank newcomer. Tongues clucked that she was six years older than him. Controversy about their marriage followed as Zarina Wahab was a top actress while Aditya Pancholi was still new to the trade. 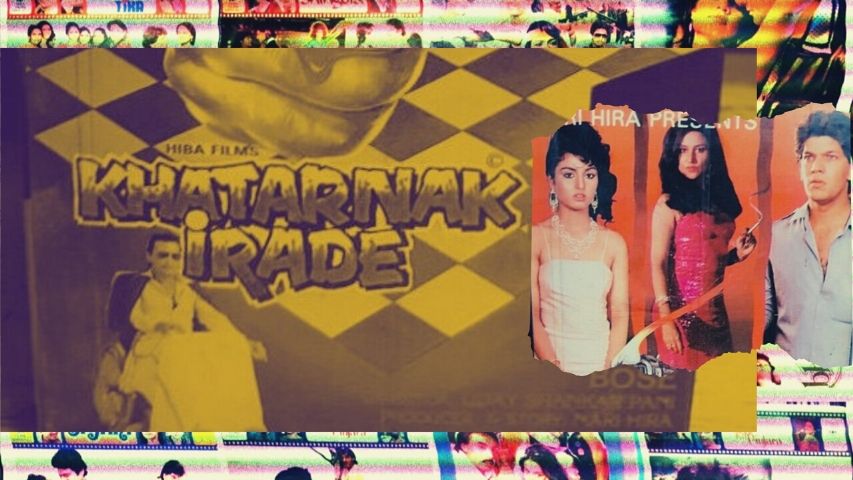 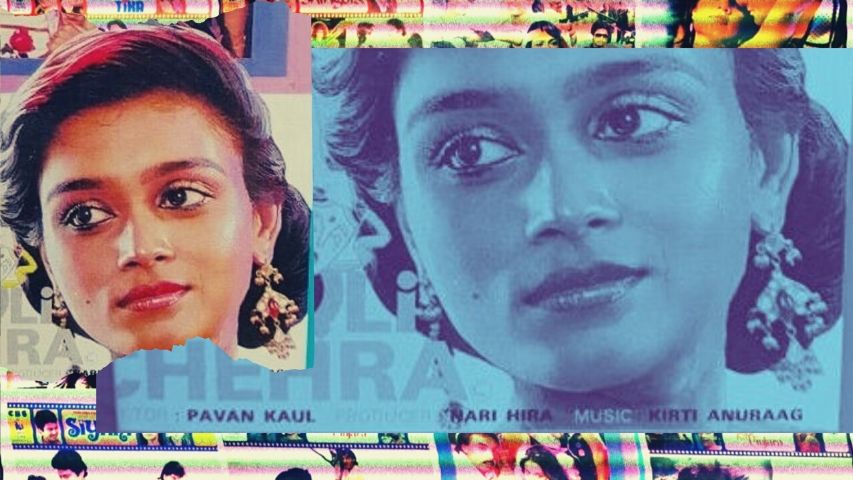 Hell’s bells. Supriya Pathak started in a negative role, that of a manipulator using men to her advantage. That was surely an image-breaking role for the actress who had seen exclusively in a sympathetic light. The dark-edged, with a measure of social consciousness thrown in film again had a notch-above music score.

There are several other Hiba productions which come to mind:  Siyahi, Jazira, Abhishek, Shahadat, Scandal, Sone ka Pinjra and Chhun Chhun Karti Aayee Chidiya. Today, these are inaccessible with only a couple of them reachable on the DVD format. Incidentally, they have a huge demand in the black market for film collectors and historians. Nari Hira did try to make low-budget films meant for the theatrical release in the early 2000s like Bhram, Accident on Hill Road and Apartment but they sank without a ripple.

When we talk about video films some film lovers would also immediately remember the telefilm Lal Dupatta Malmal Ka  (1989) directed by Ravindra Peepat for T.Series. Pairing Sahil Chadha with newcomer Veverly, it’s instantly recallable for its chart-busting music by Anand-Milind. The music sales broke records but the film was only aired on television. A sequel Phir Lehraya Laal Dupatta, with the same actors, touched on the theme of reincarnation, and was quickly forgotten.

Over to Phir Teri Kahani Yaad Aayee (1993) directed by Mahesh Bhatt featuring Pooja Bhatt, Rahul Roy and Pooja Bedi. Its melodious music score set off a buzz. It was conceived as a telefilm and premiered only on the Zee channel.

Often I wonder whatever happened to these first-of-its-kind video films? Do the prints survive in the vaults somewhere? And if they do, couldn’t they be streamed by some of the streaming channels?

Questions to which perhaps there are no (immediate) answers.