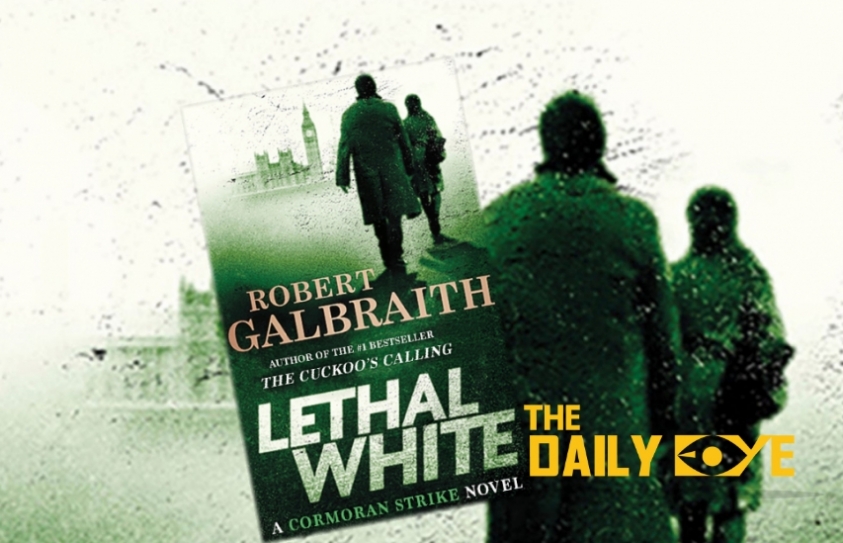 A lot has happened since Robin got a job as a temp in the rundown office of Strike, disabled war veteran-turned-private eye. In Lethal White, the fourth book in the series, Robin moves up the ranks to partner, marries her disgruntled boyfriend Matthew Cunliffe, and secretly yearns for her boss; the man, despite being described as a big, hairy, and perpetually sullen, somehow manages to get a string of beautiful girlfriends, the latest being Lorelei. But his heart still beats for his ex-Charlotte, now married but still dreaming of him! 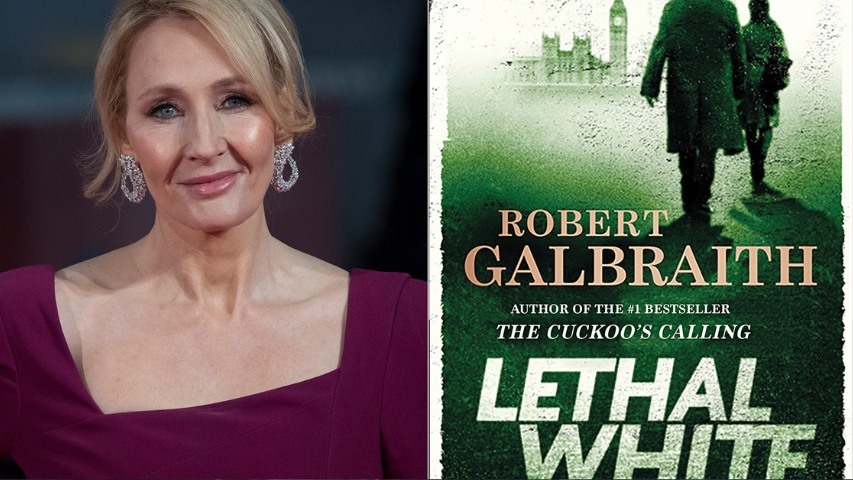 There is murder, mystery and enough red herrings to sink a boat in this fat novel, but also too much Mills & Boon-ish romantic mooning holding up the pace, when the reader just wants the story to move forward briskly, dammit!

The book is set just after the last one (Career of Evil, 2015), so Robin still has a raw knife wound on her arm, inflicted by a serial killer, and Strike is grumpily acknowledging the fame and money that followed the capture of the notorious Shacklewell Killer.  London is in the grip of the 2012 Olympics and Paralympics - the influx of tourists as well as Leftist protests - when Strike is thrown into a strange case.

A mentally disturbed young man, Billy Knight barges into Strike’s office to babble about the murder of a child that he witnessed many years ago, and then vanishes just as abruptly. Strike is mulling over this when he is hired by the Minister of Culture, Jasper Chiswell, who is being blackmailed by Billy’s brother Jimmy, and Geraint Winn, the creepy husband of the blind Minister of Sports, Della Winn. He wants Strike to find some dirt on the two, so that he can deflect them.

Robin is sent undercover into the grand building that houses the offices of the ministers—and there are vivid descriptions of the place. Chiswell’s daughter Izzy and her disgraced half-brother, Raphael, are around, working for their father, and all is not well between them and their stepmother, the temperamental, horse-loving Kinvara. Robin is as excited as her new husband is furious - he does not want Robin to do such dangerous work for so little pay, and is also quite blatantly jealous of Strike.

Almost half-way through the book, a murder takes place, the plot actually kicks in and all the various strands of the book finally converge.

Each chapter is headed with a quote from Henrik Ibsen’s play Rosmersholm, which has no direct connection with the goings-on in Lethal White, but for broad thematic indicators of moral and political conflicts.

The many twists keep the reader engrossed, but there are a few needless characters and digressions - the book could have done with some ruthless editing. Galbraith also uses the unforgivable device of having the killer explain his motives and modus operandi in a leisurely manner, even when it is in his interest to quickly shoot his victim and get out of his lair.

Hopefully, by the next book, Cormoran and Robin will sort their romantic and sexual tensions - both could do with some lightening up - the pain of his stump and her panic attacks take up far too much space.

For those who haven't read any Strike novels so far, this one is not the best introduction to the series. Read at least the first one, The Cuckoo's Calling before attempting this heavy doorstopper of a book.