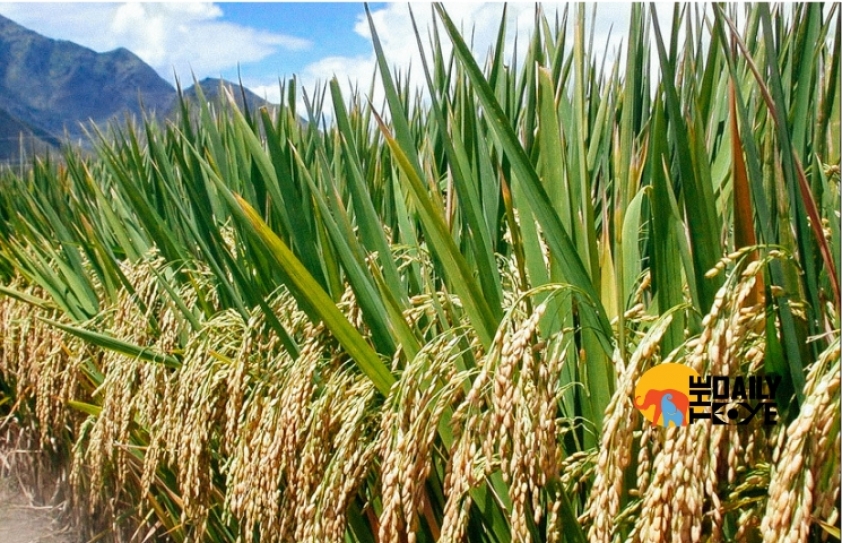 A Method to produce bumper crops and reduce emissions

Henri de Lalanié, a Jesuit priest, developed a technique that can produce bumper crops while reducing the amount of emissions from a grain that’s responsible for 1.5 percent of greenhouse gases.

The jasmine rice plant stands nearly five-feet tall, each having 15 or more tillers, or stalks, and the grains hang heavy from them. Kreaougkra Junpeng planted his rice in closely spaced clumps of 20 or more seedlings in shallow water just as he, his father and millions of other small farmers across south-east Asia have always done. He used the same seeds but the conventionally grown plants are wind-battered and thin, and clearly have fewer, smaller grains. Also, working in the highlands, he observed that by planting fewer seeds than usual, using organic matter as fertilizer and keeping the rice crops alternately wet and dry rather than flooded resulted in increased yields by 20 to 200 percent.

Junpeng is part of a pilot project to see if it’s possible to grow more rice with less water and fewer greenhouse gases. The dramatic difference between his two crops points a way to help the world’s 145 million small rice farmers, and could also greatly reduce global warming emissions from agriculture. The technique, known as the System of Rice Intensification (SRI), was first employed outside Madagascar in 2000, has since evolved when peasant farmers further developed the system depending on their location’s climate. 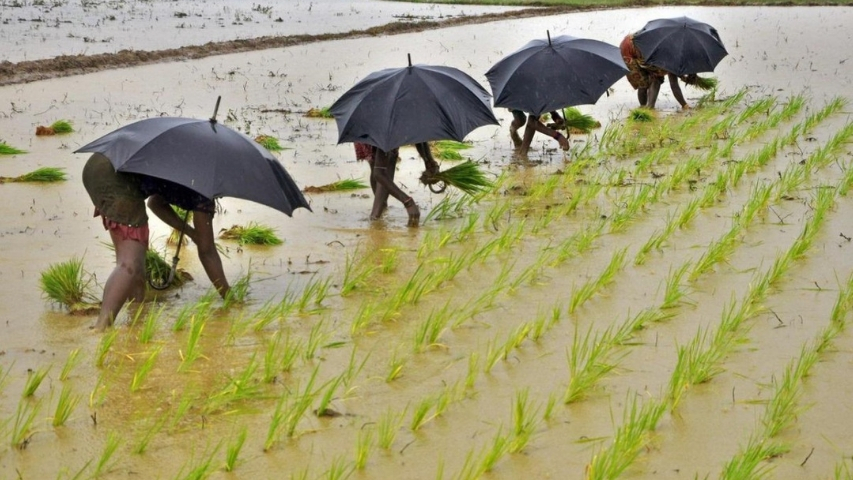 Climate-smart agriculture to succeed (the wire)

According to the SRI information centre in Cornell University, this technique has been implemented  in hundreds of scientific papers and adopted by up to 20 million farmers in almost 61 countries. “The results consistently cite yield increases, decreased use of seed, water and chemicals, and increased income,” says Norman Uphoff, professor of global agriculture at Cornell.

To be more specific, farmers of Vietnamese, Cambodian, Nepalese, Filipino, Indian and African origins have all reported larger harvest. In 2011, a young Indian farmer broke the world record for rice production, harvesting 22 tonnes from a single hectare (2.47 acres). “SRI is very positive in west Africa. It uses fewer seeds and fertilisers and needs less water. Farmers saved up to 80% of the cost of seed and got increased yields and incomes. They see the advantages and they change. People are teaching each other now,” says Professor Bancy Mati, director of the water research centre at Jomo Kenyatta University in Nairobi, Kenya.

One of the Thai farmers Khampha Bunchansee from Noan Dang, who took part in the Ubon Ratchathani trial, says “It was very easy to learn. I will use the extra money to invest in a tractor. If I can do it, anyone can. Everyone can come and learn.”

“I applied more fertiliser on my conventional crop but it produced lots more leaf but not more grain,” says Wanna Sriwila, also from Noan Dang. “Now I bring other farmers to see what can be done. Seeing is believing.”

The Guardian reports that some of the world’s largest governments and food corporations are also growing rice following the SRI principles because it also greatly reduces emissions of the methane, a powerful greenhouse gas, that escapes when rice or any other crop stays waterlogged for weeks at a time. Methane is 30 times more powerful than carbon dioxide as a greenhouse gas and rice releases as much as 1.5% of the world’s total greenhouse gas emissions. With the population in Southeast Asia expected to grow in the next 20 years, methane discharge from rice growing could increase by 30 percent or more. This coalition of companies, NGOs and governments sets the world’s first voluntary sustainability standards for rice growing. It adopts the basic SRI principle of planting seedlings further apart, and keeping them moist rather than flooded, but adds targets and measurements to provide consistency.

“Rice is both a victim and a cause of climate change,” says Sunny Verghese, CEO of Singapore-based Olam’s, which grows its own rice on 25,000 acres in Nigeria, owns mills and processing plants across south-east Asia and ships nearly 20% of the world’s globally traded rice. Olam now plans to initiate SRP rice to 100,000 farmers in Thailand, Cambodia, Vietnam and India within five years, increasing yields and incomes, and reducing methane emissions by 50%.

Erika Styger, who led a three-year World Bank study of 50,000 farmers using SRI methods in 13 West African countries says, “Governments and Global bodies must act too”. “The SRI revolution is happening. People are changing their practices and you can see SRI in the field in many places now. There is no reason why SRI should not become normal agronomic practice,” she says.