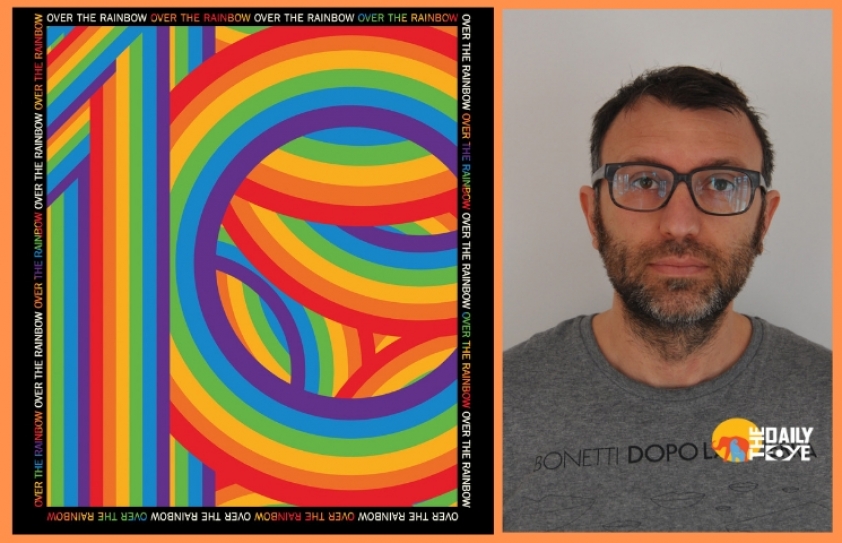 Milan-based graphic designer Domenico De Monte is the winner of the KASHISH International Poster Design Contest. The winner was picked from Indian and international design submissions by one of India's top fashion designers Wendell Rodricks. The winning design will become the look of the 10th edition of KASHISH Mumbai International Queer Film Festival - South Asia's biggest LGBTQ film festival. The festival will be held between June 12-June 16, 2019 at two of Mumbai's iconic theaters - Liberty Carnival Cinemas and Metro INOX. De Monte, the first international designer to win in the history of the poster contest, will receive a cash prize of Rs 25,000 instituted by Rodricks.

"In an age of over design, it is heartening to see a design that celebrates a 10 year milestone with a graphic that hits all the right notes for the somewhere 'Over the Rainbow' theme for KASHISH 2019. Using the rainbow to fill up the poster and also in the detail: the rainbow extends to the words as well. That detail is brilliant. I wish the winner and the organizers of the festival congratulations and wishes for well-deserved success," said Wendell Rodricks. 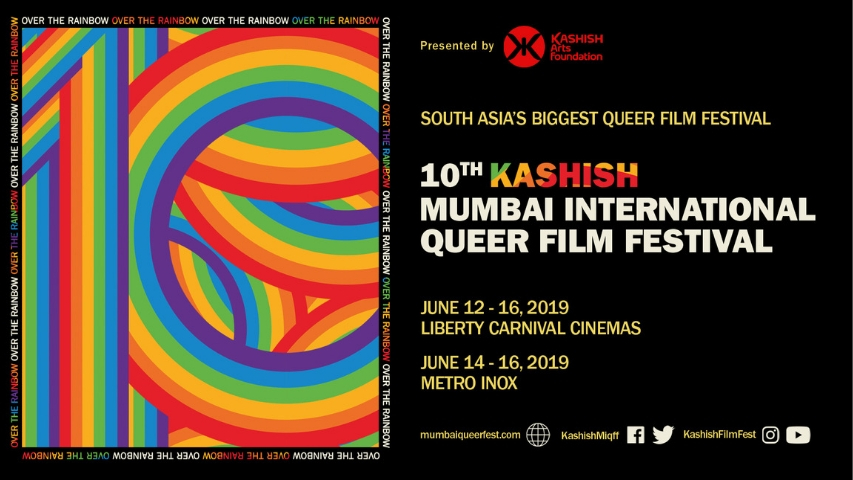 'Over the Rainbow' is the theme for KASHISH 2019

Festival Director Sridhar Rangayan said, "We are so happy with the reading down of the law Sec 377, for our festival's 10th edition we would literally paint the city with rainbow colours! The design with overlapping rainbow strokes literally represents this joyous mood of the festival, and we are so happy that Wendell Rodricks picked this amazing design. We promise that we will make KASHISH 2019 a momentous celebration for the LGBTQ community and allies".

This year the poster contest received over 50 submissions from around the world. The cinema posters of the 1970s was an inspiration while making the winning design, said De Monte, a graphic designer from Milan, Italy. "The theme 'Over the Rainbow” together with the fact that it was the 10th edition of the festival gave me the idea to work on the rainbow shape to create a texture. The number 10 springs using the colors of LGBT culture without being banal. The sharp areas and flat colours reflect my intention to keep the artwork simple and sincere, as the message of the festival that aims to fight for a fairer society that gives everyone the right and the freedom to affirm their gender identity. I decided to frame the illustration with the typical style of cinema posters from the 70s," said De Monte.

KASHISH 2019 festival theme ‘Over the Rainbow’ not only commemorates the reading down of Sec 377 and decriminalization of same-sex relationships in India, but also defines the challenges in store for the LGBTQ community’s journey towards empowerment and social acceptance. Bringing together films from all over the world as well as panel discussions and performances, the festival will showcase the shared struggles and victories, and offer a window to existing and future possibilities. Let’s together journey over the rainbow to discover the land of equality & dignity.