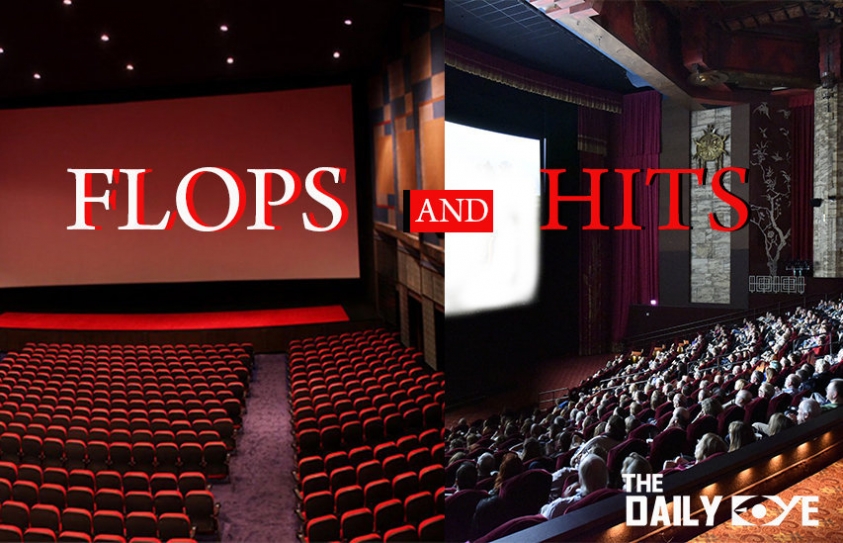 There were less number of winners and more losers at the box office this year since the overall 2017 number is still about 3% behind last year. Bollywood might have seen a slump in its hits this year, but overall Indian cinema performed quite well. The postponement of Padmavati's release also came as a jolt to Bollywood. However, unlike Hindi cinema, a host of Tamil and Telugu movies broke all records in the international box office.

The silver lining was that as many as four films hit the Rs 100 crore mark, and that makes for a decent report card. 2017 has been a mixed year for Bollywood. The moviegoers also seem to prefer unique and out of the box stories over the repetitive mainstream masala and as a critic pointed out, as the time goes on we will see a gradual shift towards a kind of cinema which our country and citizens deserve, not the one being shoved down our throats. 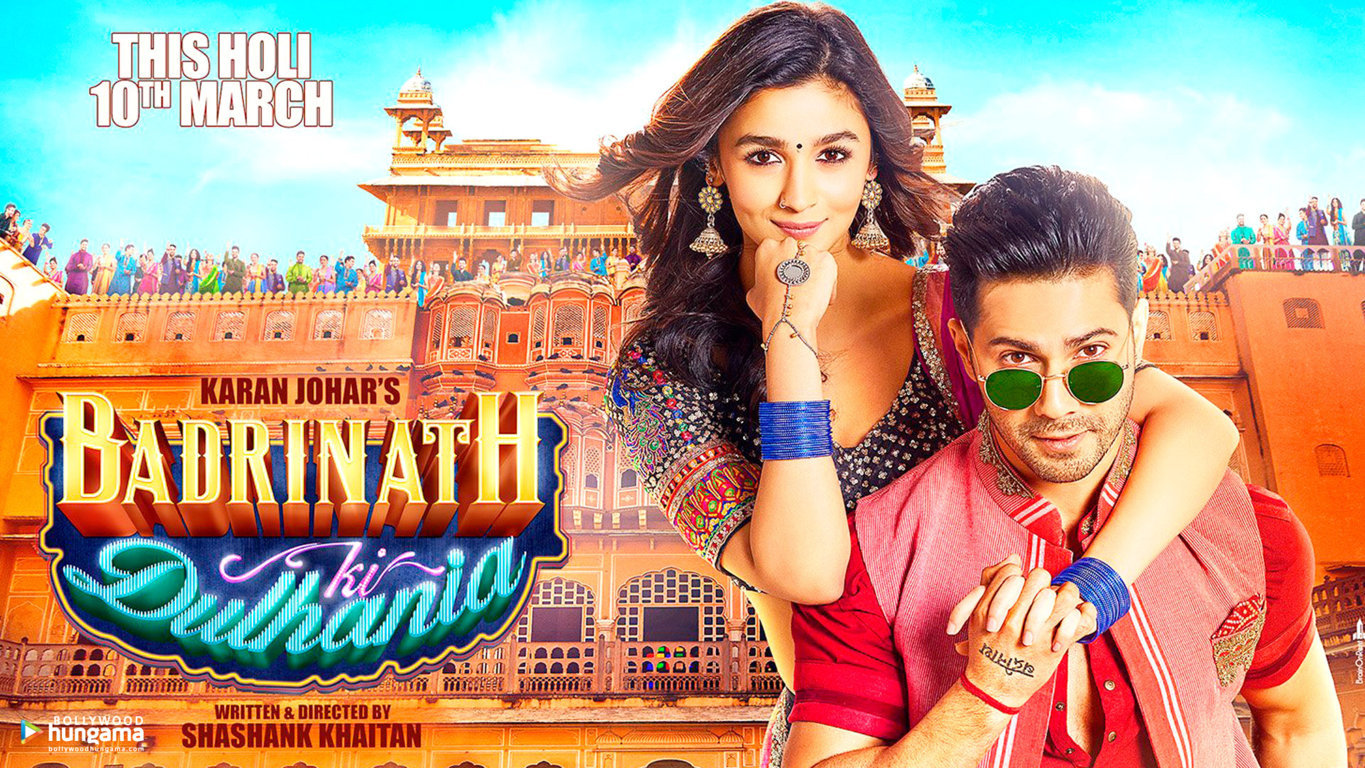 Made on a budget of Rs 250 crore, Bahubali, the Conclusion collected Rs 1,706.5 crore, becoming the second highest-grossing Indian movie of all time, surpassed only by Aamir Khan's Dangal. However, in terms of collections in India, Bahubali, the Conclusion surpassed Dangal by a huge margin. The sequel featured Prabhas, Rana Daggubatti, Anushka Shetty, Ramya Krishnan and Tamannah Bhatia.

Tumhari Sulu, Jolly LLB, which collected Rs 117 cr and Secret Superstar also were hits. 2017 saw one dud after another at the Bollywood box office. It was a year when even critically acclaimed films like Newton, A Death in the Gunj, Anarkali of Aarah, etc failed to make a mark at the box office with their negligible commercial success. But star-studded projects like Shah Rukh Khan’s Raees, which collected Rs 137 cr, Salman Khan’s Tubelight , which collected Rs 121 cr, Shah Rukh Khan’s Jab Harry Met Sejal fared below average, Hrithik Roshan’s Kaabil ,Golmaal Again and Judwaa 2, out-and-out comedies with an ensemble cast, scored the bull’s eye at the box office in 2017. 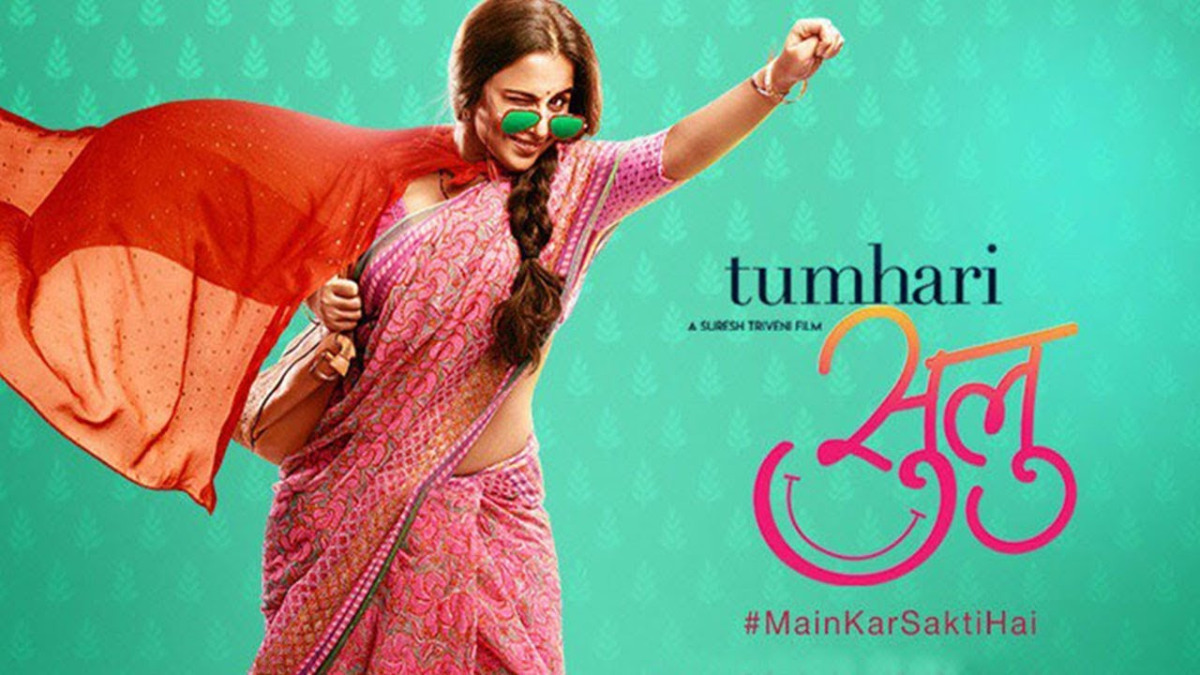 source:mad about moviez
Bareily Ki Barfi and Shubh Mangal Saavdhaan which collected Rs 42 cr, were sleeper hits of the year. Ajay Devgn and Parineeti Chopra’s horror-comedy Golmaal Again was the only true 100% Bollywood film to enter the Rs 200 crore club in 2017. The fourth installment of the popular film franchise was not just widely accepted by the audience but it also received decent reviews from critics.

The success of Golmaal Again at the box-office also hints at the fact that at the end of the day, we as an audience are in love with masala Bollywood comedies. The Ajay Devgn starrer was made on a budget of Rs 95 crore and has minted Rs 302 crore worldwide. In India alone, the movie collected around Rs 200 crore. 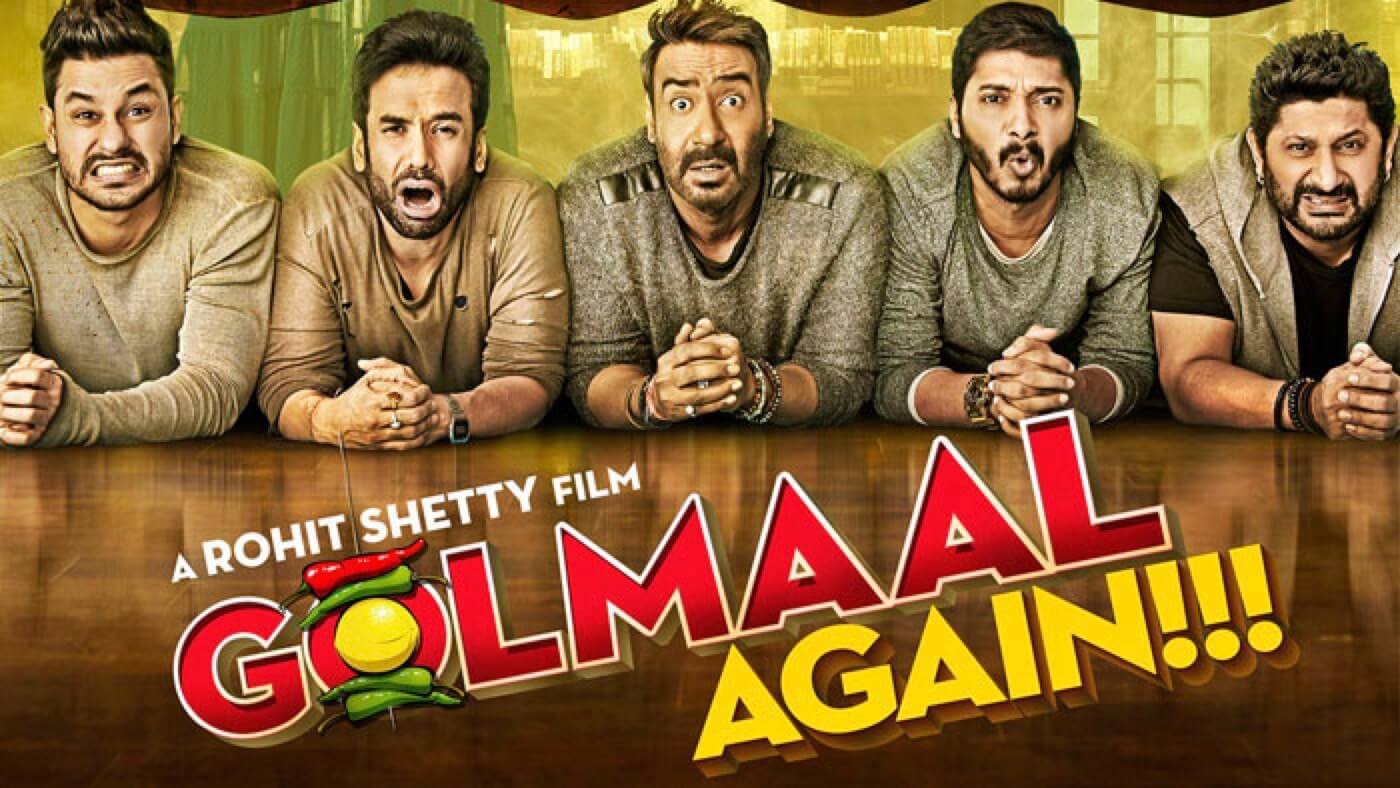 source:youtube
Varun Dhawan, Taapsee Pannu and Jacqueline Fernandez starred in this David Dhawan remake of the 1997 Salman Khan film, Judwaa 2. Contrary to the fate of Bollywood reboots, like Fukrey Returns, which turned out to be a 100 cr grosser at the box office, Judwaa 2 was well-received by the audience making it the second highest grosser for 2017 with Rs 138.61 crore collection. Made on a budget of 75 crore, the movie earned Rs 205.5 crore worldwide, and like the original movie, Judwaa 2 also impressed the audience.

Shah Rukh Khan’s Raees, helmed by Rahul Dholakia, was much-applauded for pulling SRK out of his arms-spreading romantic avatar and presenting him as the bootlegger Raees Alam. Nawazuddin Siddiqui equally shined through in his role of IPS Jaideep Ambalal Majmudar in this crime-drama. Based on the real life story of bootlegger, Abdul Latif. The film made on a budget of Rs 100 crore, barely recovered its budget in India. But its impressive collection from international box offices helped SRK's movie make Rs 275 crore. 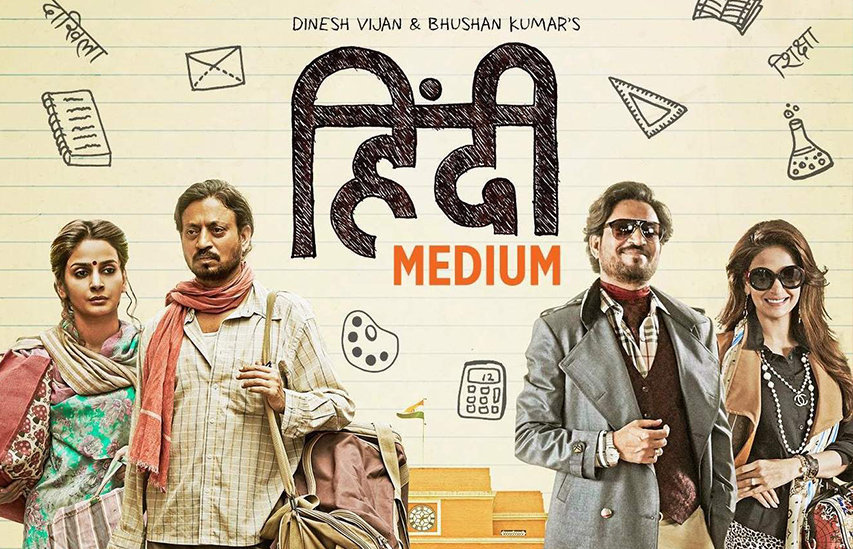 source:Bhawana Somaaya
Akshay Kumar’s drama-comedy Toilet Ek Prem Katha directed by Shree Narayan Singh starred Bhumi Pednekar in the lead role. A satirical comedy on the practice of open defecation in rural areas, Toilet: Ek Prem Katha was easily the most impressive content-driven film of the year. Akshay Kumar deserves to be called the most successful and bankable star of 2017 as his film made on a budget of Rs 40 crore managed to rake in a significant amount worldwide. Its collections amounted to Rs 200 crore.

Salman Khan’s Tubelight was critically panned but still religious Bhai fans managed to make the film the sixth biggest hit of the year at the box office as the movie made on a budget of Rs 100 crore made Rs 214 crore in return. And, as we write this, his second release this year- Tiger Zinda Hai has mopped up a week-end collection of around 100 cr at the box office. The film is poised to collect at least 200 cr.

source:DNA india
Akshay Kumar’s first release of the year, Jolly LLB 2 was another one of his content-driven satires. It chronicled the life of Jagdishwar Mishra, a Lucknow based lawyer, who fights a case against a much powerful and ruthless Pramod Mathur (Annu Kapoor). The movie was made on a budget of Rs 35 crore and made Rs 182 crore in return.

A sequel to Humpty Sharma Ki Dulhaniya, the Varun Dhawan and Alia Bhatt starrer Badrinath Ki Dulhania’s main selling point was the much-loved chemistry between the leading pair. Cashing in on the franchise’s hit original, the film made on a budget of Rs 40 crore earned Rs 198 crore worldwide. In India, it collected Rs 116.68 crore and was declared a super hit.

Hrithik Roshan and Yami Gautam’s Kaabil featured another love affair between two visually impaired people which later escalates into a revenge drama. It crossed the 100 cr mark league. Directed by Sanjay Gupta, Kaabil was appreciated by critics for Hrithik’s bravura performance. Ajay Devgn finds another spot in the list with his period heist drama Baadshaho. Directed by Milan Luthria, the film also stars Ileana D’Cruz and Emraan Hashmi in the leading roles and is based on the Emergency era of 1975-1977.

Yet another grosser of the year was Irrfan Khan and Saba Qamar’s Hindi Medium, which collected Rs 69.59 crore. In the first quarter, two films tanked badly at the box office. They were Vishal Bharadwaj’s Rangoon and Shaad Ali’s OK Jaanu . Made on a budget of more than Rs 800 million, the much-anticipated epic only earned Rs 200 million making it a colossal disaster of 2017. 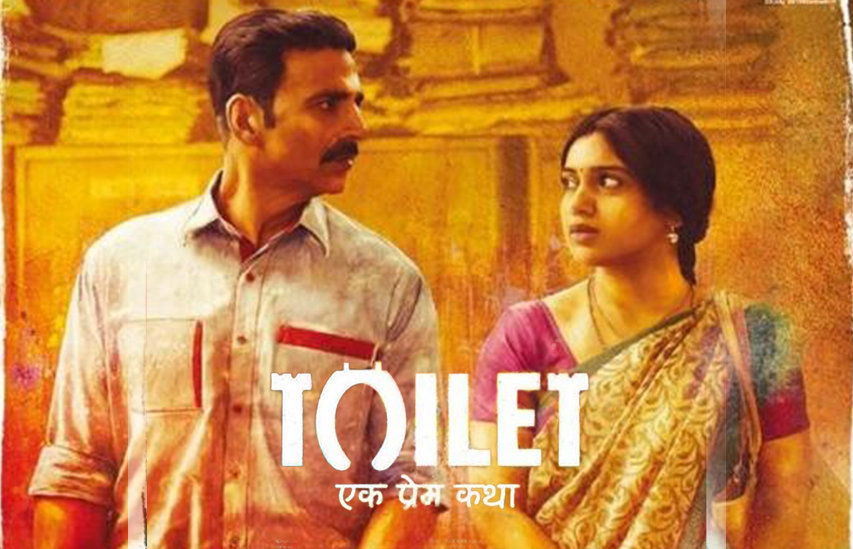 source:youtube
The biggest disappointments of the second quarter were Raabta, Bank Chor, Half Girlfriend & Sarkar 3, besides of course Tubelight. Jagga Jasoos was the biggest turnip in the second quarter. A love story set against the backdrop of re-incarnation is an idea as old as the hills, Raabta starring Sushant Singh Rajput and Kriti Sanon, failed to thrill. While the chemistry between the lead pair was evident, the story faltered beyond repair. Ranbir Kapoor and Katrina Kaif dedicated at least three years of their lives into this ambitious whacky comic caper Jagga Jasoos, when their love affair was at its intense peak, but their noble intentions weren’t enough to see this film through. It made for a long, tedious watch.

Even the rich baritone of Amitabh Bachchan as a political patriarch couldn’t save Sarkar 3 which was touted as a taut thriller, as it reeked of lazy writing and an uninspiring plot. Milking the elements that worked in the first installment of Sarkar with a third chapter wasn’t a smart idea. A Gentleman-Sunder Susheel Risky starring Siddharth Malhotra in the title role with Jacqueline Fernandez was promoted heavily but failed to take in ether positive reviews or for that matter moolah.

The other turnips of the year were Begum Jaan which was toured as a game changer but ended up with just 20.91 cr, Indu Sarkar which collected just 4.88 cr, Yashraj Films Meri Pyari Bindu which collected just 9.59 cr and Bank Chor which shamed by collecting just 7.6 cr. While films like Guest in London, Noor, Behen Hogi Teri, Commander 2 and Machine , besides Atjun Rampal starrer Daddy, the Kangan Ranaut starrer Simran , Om Puri's last film directed by his wife Seema Kapoor- Mr Kabaadi and Haseena Parkar were utterly butterly disasters of the first order.