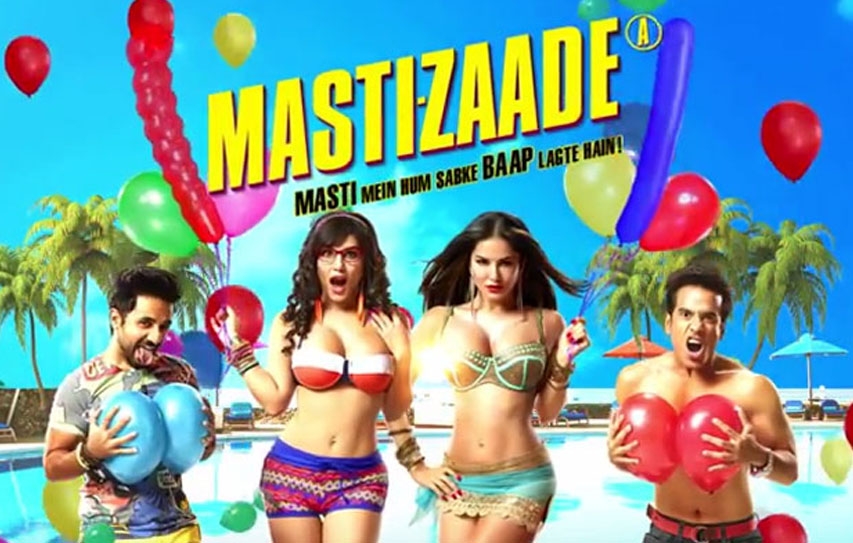 Mastizaade is a never-ending series of misadventures as you watch Aditya Chotiya (Vir Das) and Sunny Kele (Tusshar Kapoor) pun their way through their names, their jobs and one would say, even their lives, if they had one. Considering that they are filmmakers for an ad agency, they spend most of their time in rehabs for alcoholics (led by Dr. Daaruwaala) and sex addicts (where they are addressed by Dr. Maalkholkar). They pride themselves on their "chick-ray" vision which enables them to see women's innerwear.

During one of their stints at an exceptionally well-lit, decorated hall masquerading as a sex addiction clinic, two twin sisters Lily and Laila Lele (both Sunny Leone) draw the attention of the boys and the toss of coins towards the roof. 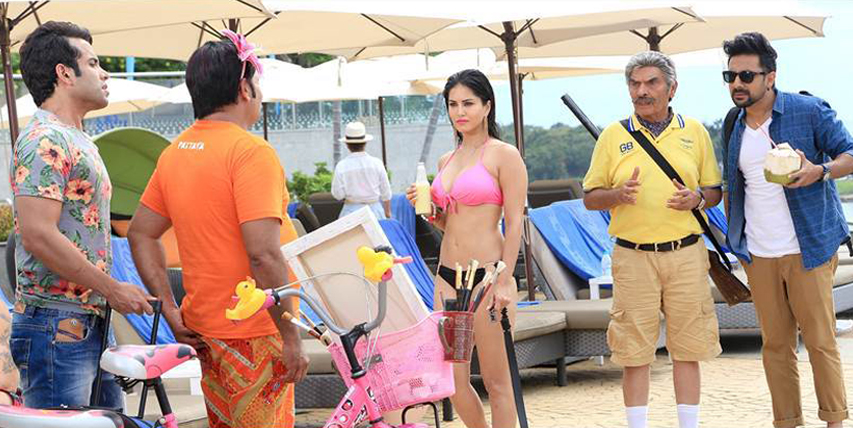 Lily, whom Aditya falls for, is engaged to be married to the wheel-chair bound Deshpremee Singh (Shaad Randhawa). Aditya and Sunny travel to Pattaya to stop the wedding. And they do, because lust wins.

Every scene is a groan-worthy, cringe-inducing experience punctuated by an overenthusiastic, orgasmic background score. The film does not spare the differently abled, homosexuals (Suresh Menon plays Sunny Leone's horrifying, creepy brother) and even the dead, one of whom predictably comes to life to check out Laila bending over. 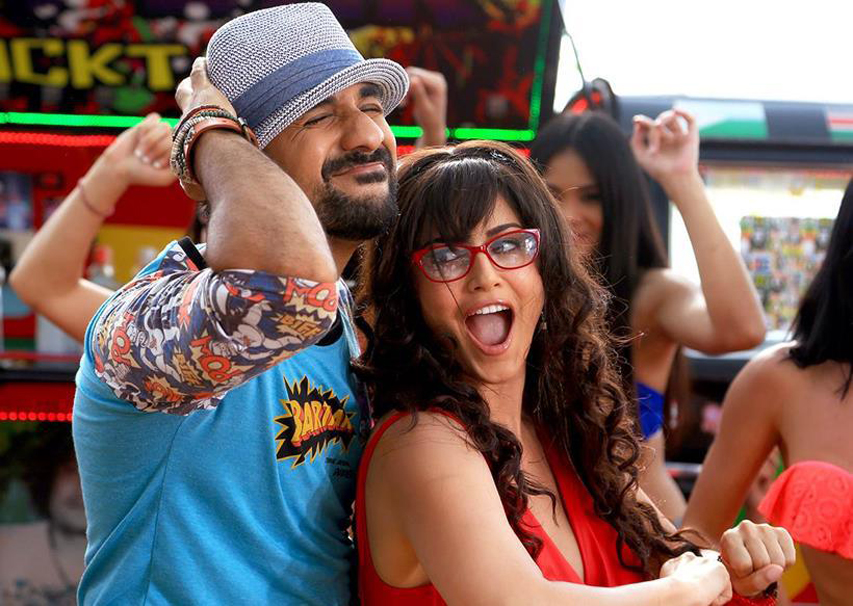 Everything is a blur of bad puns and Sunny Leone resurfacing from seas and swimming pools. It is all confusingly, embarrassingly bad. The climax of attire-tying is all too reminiscent of Grand Masti (never admit to watching it) and the conveyor belt sequence in the Jackie Chan-Mallika Sherawat film, The Myth.

Witless, scriptless and tasteless, Mastizaade caters to a demographic one can only hope is not a rising tribe. If last week's Airlift gave us hope of good cinema and this week's Saala Khadoos is a nuanced sports drama, films like this can perturb even the target audience with its sheer paucity of original ideas. The humour in sex comedies can do beyond the anatomy and sexual preferences, but that is probably a discussion for another time. For now, save your money and save your sanity.