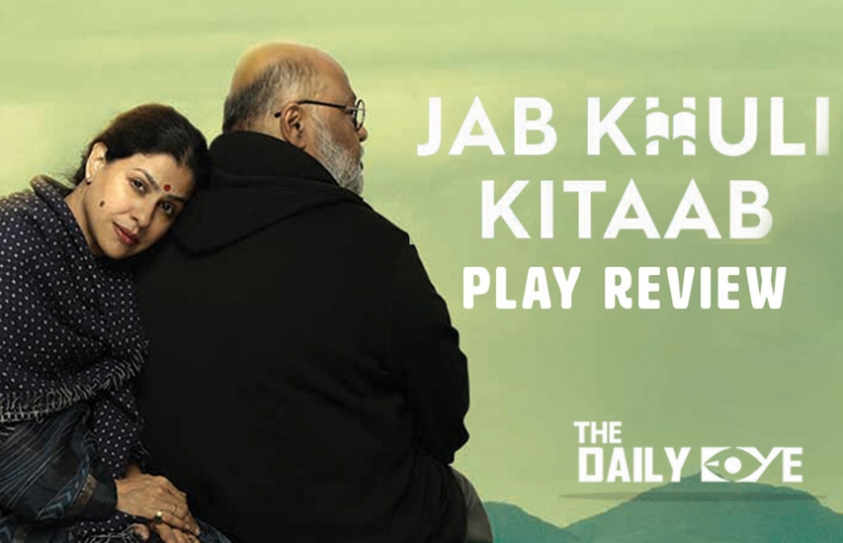 Can an outwardly stable and happy marriage be built on the foundation of a lie? What happens when a 48-year-old marriage falls apart? Saurabh Shukla’s new play, Jab Khuli Kitaab tries to explore the strength of a relationship under stress.

Gopal Nautiyal (Shukla) has been looking after his comatose wife Anusuya (Irawati Harshe Mayadev) for a while; his day begins with a bright one-sided conversation with her. They have raised three kids together, the slightly retarded Dholu (Sid Sadanand) lives with them; the older son Parmesh (Ravi Mahashabde) and daughter Sujata (Kanak Khanna) come visiting with their spouses (Jyoti Kapoor, Kapil Kumar), when they learn that their mother is on her deathbed. 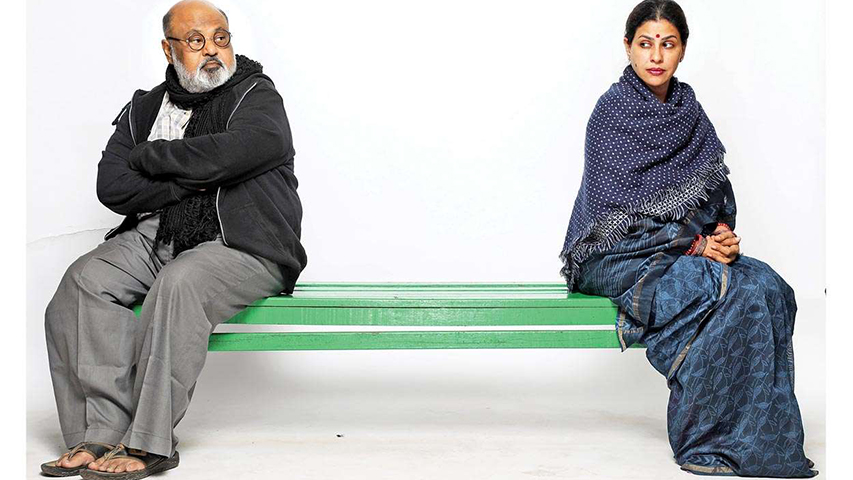 However, against all medical pronouncements Anusuya wakes up, and, so as not to carry any guilt with her, confesses to her husband that many years ago, she had a brief extra-marital affair. Gopal is so shocked that he decides he wants a divorce. “I cannot live on as your widower,” he declares. Since he also discovers that he is not Parmesh’s father, he suddenly starts treating the son with cold contempt.

The process of divorce is complicated—the scenes with a very flummoxed lawyer (Danish Husain) provide the play’s comic core; he cannot understand why an infidelity that occurred forty-eight years ago has led to Gopal demanding an instant divorce from a dying wife.  But people cope with emotional turmoil in strange ways and for Gopal it means wanting to separate from Anusuya, but still not giving up on his own husbandly duties.  The children, with problems of their own, are drawn into this inexplicable drama.

Shukla is absolutely riveting on stage, so much so, that he dwarfs all the other actors, with the exception of Husain and Mayadev. The play is well written—its bitter intensity tempered with a generous dash of humour.