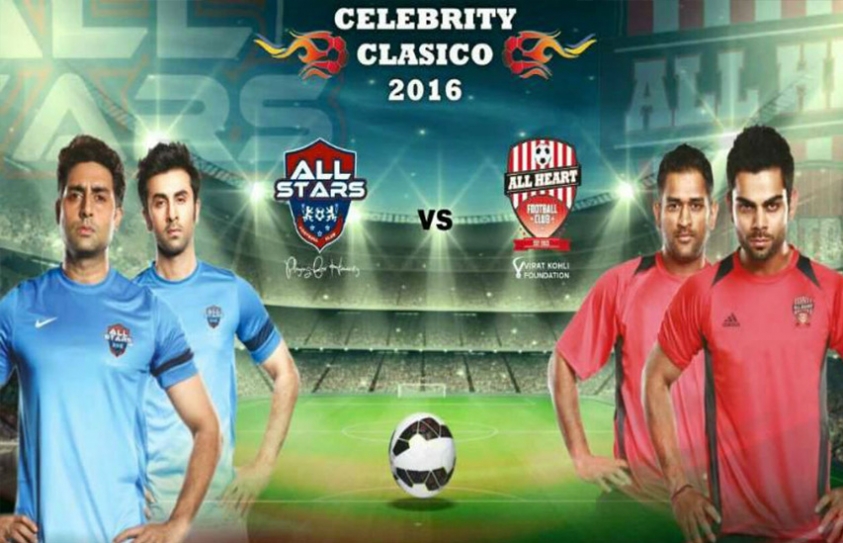 Virat Kohli And MS Dhoni To Go Up Against Ranbir Kapoor And Abhishek Bachchan In Charity Football Match.

A charity football match on 4th June will see the biggest stars from the world of Bollywood and Indian cricket descend on Mumbai. Abhishek Bachchan will lead an All Stars Football Club against All Hearts Football club, that will include names like Mahendra Singh Dhoni, Virat Kohli and Yuvraj Singh among others. This match is billed as a ‘revenge match’ as Junior B’s team suffered defeat at the hands of All Hearts Football Club in the last such fixture last year. The match held at Jawahar Lal Nehru Stadium in Delhi saw good quality football in which the sportsmen struck 3 goals in the first half to seal the deal. However, the All Stars Football Club picked themselves up to put a belligerent performance in the second half to fire 3 goals but in the end they did not prove enough as the star-studded team of Dhoni took the game with a scoreline that read 4-3.