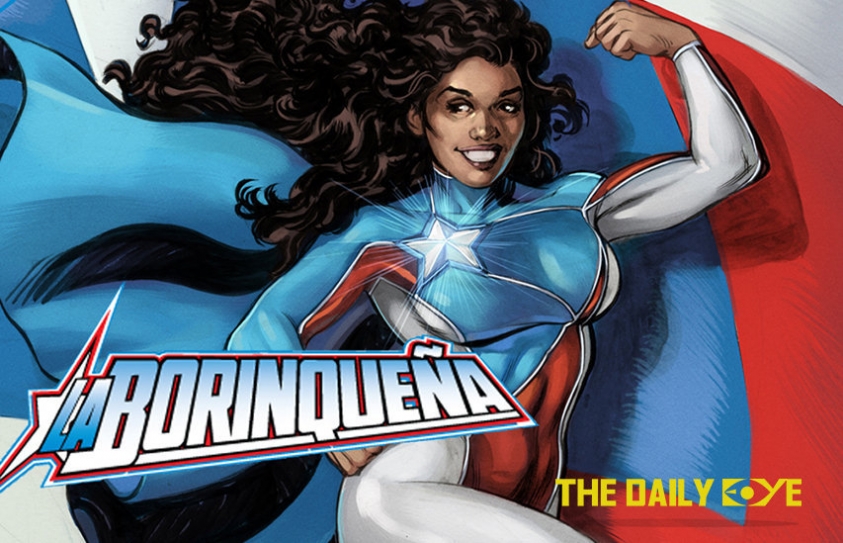 Edgardo Miranda-Rodriguez is a writer at Marvel Entertainment. His character La Borinqueña, named after the island nation’s anthem has grown into a cultural phenomenon and is a nationally recognized symbol of Puerto Rican patriotism, social justice, and equality for all have become something bigger and more meaningful than their creator could have dreamed of.

Marvel and DC superheroes have taken over the minds of comic readers. La Borinquena gaining so much popularity in spite of that is something Edgardo is really proud of. The mainstream publishing and comic book industry, after decades, is finally recognizing the power of people of color.

Named after Puerto Rico’s anthem, La Borinqueña has some unique powers. She uses her superhuman powers to control the weather and to protect people, animals, and the island from supernatural dangers — as only a pacifist superhero can. The comic officially debuted at New York City’s Puerto Rican Day Parade in June 2016.

The reason why she was created was that Edgardo was upset about the humanitarian issues surrounding Puerto Rico — from the economy to the environmental issues that continued to affect the island. The character would be a conduit to connect Puerto Rico with the rest of the world.

Her powers are drawn from history and mysticism found on the island of Puerto Rico. The fictional character, Marisol Rios De La Luz, is a Columbia University Earth and Environmental Sciences undergraduate student living with her parents in Williamsburg, Brooklyn. She takes a semester of study abroad in collaboration with the University of Puerto Rico. There she explores the caves of Puerto Rico and finds five similar sized crystals. Atabex, the Taino mother goddess, appears before Marisol once the crystals are united and summons her sons Yúcahu, the spirit of the seas and mountains and Juracan, the spirit of the hurricanes. They give Marisol superhuman strength, the power of flight, and control of the storms.

Miranda-Rodriguez, now 47, says he’s been reading comic books ever since he was 7 years old and has always been patriotic. As for the character being a woman, he says it’s been the women in his life who’ve saved him and mentored him. “When I think of Puerto Rico, she’s always been a woman to me,” he says.

People are drawn to La Borinqueña, and they finally have a character who looks like them, unlike Spiderman, Ironman, and the other Avengers. Just as so many readers relate to the narrative of a young English boy studying wizardry, she is everyone's hero as she represents the power people have.

His hope for La Borinqueña is that she continues to open a portal connecting the world with what’s happening in Puerto Rico and that more and more readers will relate to her story even though mainstream media doesn’t think there’s universality to a coloured woman's story. People of colour find universal traits in every narrative they read, even when they don’t look like them or represent them.

He never imagined that the Afro-Puerto Rican pacifist character he first self-published only a little more than a year ago would emerge as one of the comic-book-world’s most realistic feminist super-heroes.

The comics are available for purchase at http://laborinquena.somosarte.com