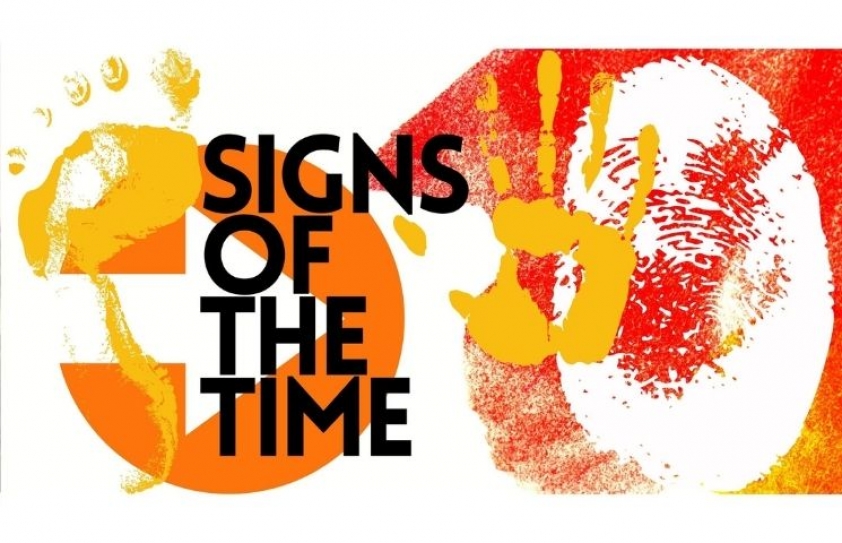 In light of recent events in Srinagar’s Hyderpora in Kashmir, where it is alleged that civilians were used as human shields, Humra Quraishi brings back memories of such heartbreaking events in recent years.

One was awaiting details of the magisterial probe of last week’s encounter killings in Srinagar’s Hyderpora, where the victims’ families accused the security forces of allegedly having used civilians as human shields. But then, what I heard today (23rd November – the date of filing this column) is another shocking news. Although it is difficult to be surprised anymore in these fascist times, the arrest of the internationally renowned Srinagar based human rights activist, Khurram Parvez, is a tragedy for the masses. He, along with his team, has been documenting human rights violations taking place in Kashmir. It’s been over two decades now that he has been collecting facts about missing persons, encounter killings, unmarked graves and the countless dead. Undeterred by risks involved and not halting even after losing one of his legs in a landmine blast, he has continued to unearth details about illegal arrests and detentions, disappearances and secret burials.

In 2008, when unmarked graves were unearthed for the first time in Kashmir, Dr. Angana Chatterji, Professor of Anthropology at the California Institute of Integral Studies in San Francisco, and the co-convener of a rights watchdog, International People’s Tribunal on Human Rights and Justice in Kashmir had stated the following in an interview given to me: “We have released a preliminary report in Srinagar titled ‘Buried Evidence: Unknown, Unmarked, and Mass Graves’. We documented the existence of 2,700 unknown, unmarked and mass graves containing 2,943 bodies across 55 villages in Bandipora, Baramulla and Kupwara districts of Kashmir. Of these, 87.9 percent were unnamed, 154 contained two bodies each and 23 contained between 3 to 17 bodies. Exhumation and identification have not occurred in sizable cases. We examined 50 alleged ‘encounter’ killings by the security forces in numerous districts in Kashmir. Of these, 39 persons were of Muslim descent, four were Hindus, seven unidentified. Of these, 49 were labelled militants/foreign insurgents by security forces and one body was of a person who had drowned. Following investigations, 47 were found killed in fake encounters and one was identified as a local militant. None were foreign insurgents. They are unmarked as their identities are unknown, even as the Indian Armed Forces and the Jammu and Kashmir Police routinely claim the dead buried in unknown and unmarked graves to be foreign militants/terrorists. If independent investigations were to be undertaken in all ten districts, it is reasonable to assume that the 8,000-plus enforced disappearances since 1989 would correlate with the number of bodies in the unknown, unmarked, and mass graves. Gravediggers and community members tell us that the bodies buried in the 2,700 graves were routinely delivered at night, some bearing marks of torture and burns. In certain instances of fake encounter killings, where the bodies of victims have been identified, it was found that civilians in one geographic area in Kashmir were killed in another area. At times, these bodies were transferred to yet another area, then buried. In one instance, we learned that the killings took place outside Kashmir, for example, in Gujarat. Some local security forces personnel and state employees testified to us in confidence. We also attempted to formally contact senior government and security forces officials, requesting explanations. Our requests were declined. As an anthropologist I can say we were able to identify graves within selected districts and inquire into instances where photographic verifications and/or exhumations had taken place. Our findings do not include the forensic study of the exhumations. The graves, we were able to ascertain, hold bodies of men with a few exceptions. Violence against civilian men has expanded spaces for enacting violence against women in Kashmir. The graveyards have been placed next to fields, schools, and homes, largely on community land, and their effect on the local community is daunting”. 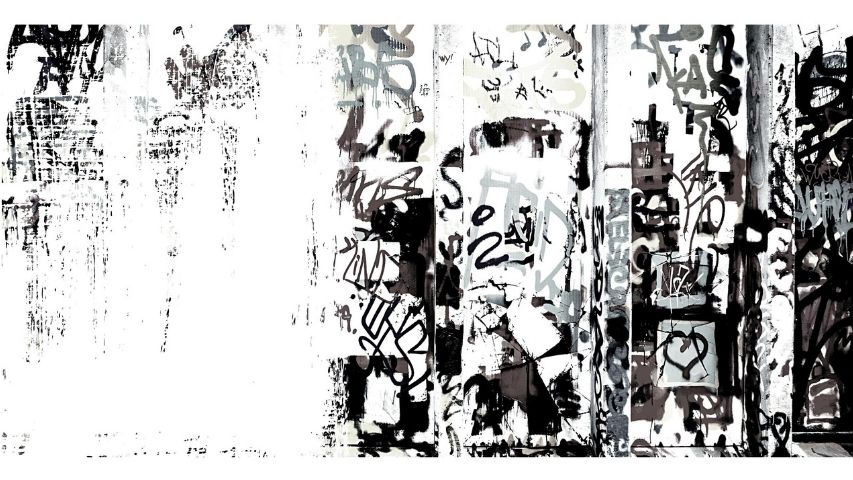 This forum had not just submitted a detailed report to the establishment, but had also demanded a re-probe of all encounter deaths. In fact,  Khurram  Parvez – he was then Liaison IPTK (International People’s Tribunal on Human Rights and justice In Indian administered Kashmir) and Programme Coordinator of Jammu and Kashmir Coalition of Civil Society - had told me, during the course of an interview, that one of their demands was to investigate those ‘encounters’, which led to the deaths of these men and also the reasons for their secret burial.

I’m quoting him from the interview here: “In the recent case of Machil fake encounter, the Indian army would like people to believe that this is an isolated case of ‘aberration’, but the truth is that there have been many more cases of fake encounters. Most of the allegations are not being probed, and even those which are probed, Indian army has refused to prosecute the perpetrators. Buried Evidence also examined 50 alleged ‘encounter’ killings by Indian armed forces in various districts in Kashmir. Of these cases, 49 were labelled militants/foreign insurgents by security forces and one body was drowned. Of these, following investigations, 47 were found killed in fake encounters - one was identifiable as a local militant and 46 others were civilians. Isn’t that a valid reason for us to doubt the claims of Indian armed forces where they have buried these 2943 men killed in these alleged encounters, some of those which have already turned out to be fake? The graveyard in Kalaroos Kupwara, from where the bodies of three young men killed in Machil fake encounter have been exhumed, happens to be one of the graveyards studied by IPTK in its report. This graveyard contains 60 more unidentified graves. 55 graves contain one body each, 3 have 2 bodies each, while 1 has 3 bodies and 1 grave contains 5 bodies. If the same graveyard has been used in the recent fake encounter, it is quite possible that if all the 60 unidentified graves of the same graveyard are exhumed, identified and investigated, the fate of many more disappeared men will be ascertained.’

With last week’s Hyderpora encounter killings in the backdrop and with the relatives stating that the killed were used as human  shields, I’m  reminded of that tragic incident of 2017, when also a young Kashmiri was used as a human shield. Thankfully he wasn’t killed but went through severe mental and physical trauma.

If you recall the spring of 2017,  a young  Kashmiri, Farooq Ahmad Dar, was  seen tied to a  military jeep, driven in that condition the entire day, for 28 kilometres, across the various villages in the Kashmir Valley. Mind you, 26 year old Farooq Ahmad Dar wasn’t a terrorist. On the contrary, he could be termed a ‘good citizen’. That fateful morning he stood in a queue, outside the polling booth at Arizal’s Chill Bras area to cast his vote during the Lok Sabha by-polls for the Srinagar constituency. And after casting his vote, he took off on his motorcycle for his sister’s home as there had been a death in the family. And it’s then, whilst he was on his way, he was stopped by the Army personnel, pulled off from his bike and tied to a jeep. He kept telling the personnel led by Major Leetul Gogoi that he wasn’t a ‘terrorist’ but an artisan - that he had just voted at booth number 90 of the Chill village and even showed the indelible ink mark on his finger. But nothing could stop the brutality unleashed upon him. With his pheran in tatters and bruises on his body, he was finally let off from the Rashtriya Rifles camp after the village elders pleaded for his release. And to compound the tragedy, Major Leetul Gogoi was given a commendation certificate!

What was the hurry to award Major Leetul Gogoi with a commendation certificate, when an FIR has been lodged against him, an investigation underway, to investigate whether what he did on 9th April morning was justifiable or even ethical? After all, what Major Gogoi did was something so terribly horrifying! Tying a hapless civilian to a military jeep, using him as a human shield, dragging him for several kilometres before dumping him.

An emotionally and physically bruised Dar could barely cry out: “Am I an animal to be tied to a jeep and dragged on - that day has changed my life. Major Gogoi is lying by saying I was pelting stones. If I was pelting stones I wouldn’t have gone to cast my vote! Why hasn’t the police or the Army recorded my statement? The least they could have done was to hear what I have to say.”

Months later, it was established by the police conducted probe that Farooq Ahmad Dar was telling the truth - he was no terrorist but a law abiding citizen. The investigation report confirmed that Dar was speaking the truth - that he had cast his vote at a polling booth in his native village before he was picked up by the army and tied to their vehicle to be used as a ‘human shield and kept  under wrongful confinement.’