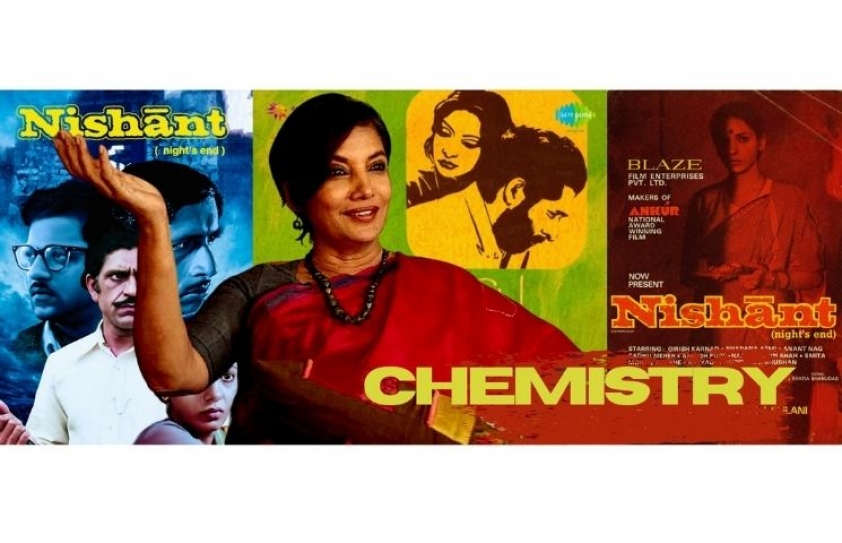 Khalid Mohamed harks back to a conversation with Shabana Azmi on the memorable ‘star jodi’ she made with Naseeruddin Shah, who turned 71 years old, earlier this week.

Naseeruddin Shah and Shabana Azmi have co-starred in 20 films - in a majority of them as the lead pair - right from Shyam Benegal’s Nishant (1975) to Rohit Roy’s Rice Plate, an episode from Dus Kahaniyan (1989) - one of them, Gulzar’s Libaas (1988), has unfortunately remained unreleased.

They had such a degree of palpable chemistry in the eye of the camera that right till today they, along with Smita Patil, stand out as the representative faces of the Indian New Wave Cinema - now replaced by the term indie cinema, which was at its crest in the mid-1970s till it ebbed with the onslaught of TV serials, that were a comfortable option for filmmakers in search of finance and an alternative platform to express themselves. Incidentally, Naseeruddin Shah and Smita appeared in 16 films together, also starting with Nishant.

Neither Naseer-Shabana nor Naseer-Smita were called star jodis, since the term belonged to the lexicon of mainstream cinema exclusively, be it Raj Kapoor-Nargis Dutt, Dharmendra-Hema Malini and Rishi Kapoor-Neetu Singh, to cite just three examples.

I bring this up today, sparked by the curiosity of two disparate personalities in real-life - Naseer can be rigidly aloof with those whom he doesn’t know closely, Shabana’s just the opposite. He can be introverted, she isn’t. Unarguably though they have sparked a perfectly calibrated compatible chemistry on screen.

So here’s harking back to a conversation with Ms. Azmi on Mr. Shah. 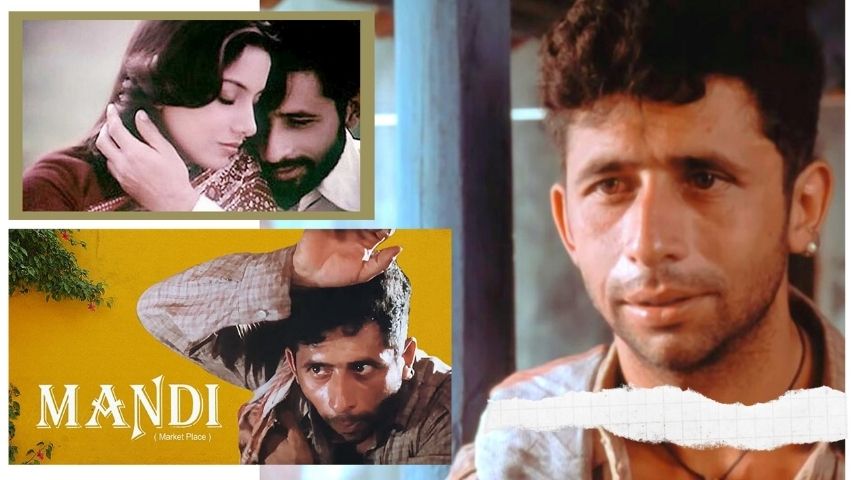 Has your Jodi, so to speak, been given its due value?

That has always been for the audience to decide. But there was a time when Naseer and I were spending more time together than he was with Ratna (Pathak-Shah) or I with Javed (Akhtar).

We were playing every kind of couple - rural, urban, rich, poor and middle class. We were fortunate to be at the right place at the right time. So many roles came our way, which gave us respectability as actors. Acting is a collaborative medium. When your co-star is good it makes your work that much easier. I do hope we can work together again some day.

Which have been your most satisfying films together?

Do you think Naseer could fit into the mold of commercial cinema?

He used to be the first person to admit that he was a misfit in commercial cinema but he went on to do pretty well in that sphere as well. 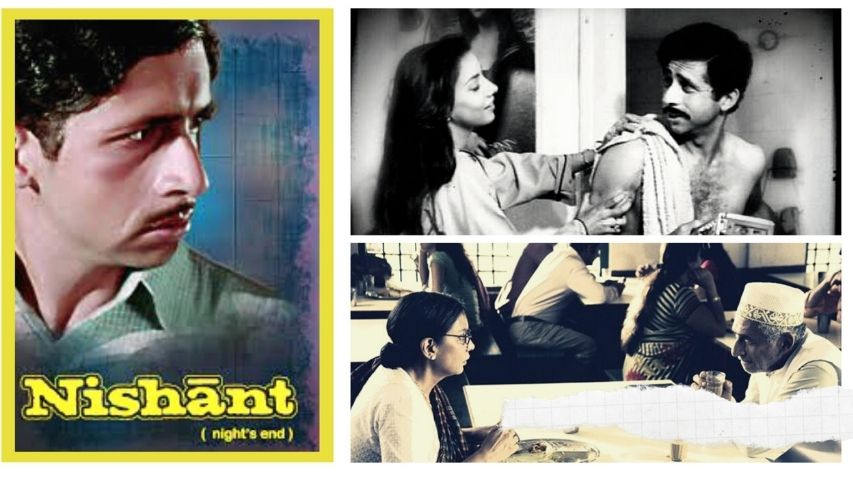 After a point, Naseer became disenchanted with small-budget cinema and spoke up against art-house filmmakers. Was he justified in doing this?

I think his disappointment stemmed from the feeling that he was being cheated. You see, he had supported a lot of art-house filmmakers by working for them without a fee. However, at the first given opportunity these filmmakers went to the regular stars. He felt used. Yet his tirade against all of them at one go was misplaced in my opinion. After all, the films of Shyam Benegal, Mrinal Sen and Goutam Ghose gave him an opportunity to display his enormous talent.

Which would you rate as Naseer’s underrated performances? Would you say Tungrus, the brothel’s domestic help in Mandi?

Arre, what are you saying? He was loved in Mandi!

Can Naseer be an argumentative co-actor or is he in sync?

Naseer has always been a diligent actor. He would read the script over and over again and calibrate his performances really well. If he felt that in Scene 36, he needs to give only 60 percent of himself because Scene 82 needs 80 percent, he could hold back. For someone who claims that acting is not creative because it merely requires you to interpret the vision of the writers and the directors, Naseer has done some superb work. 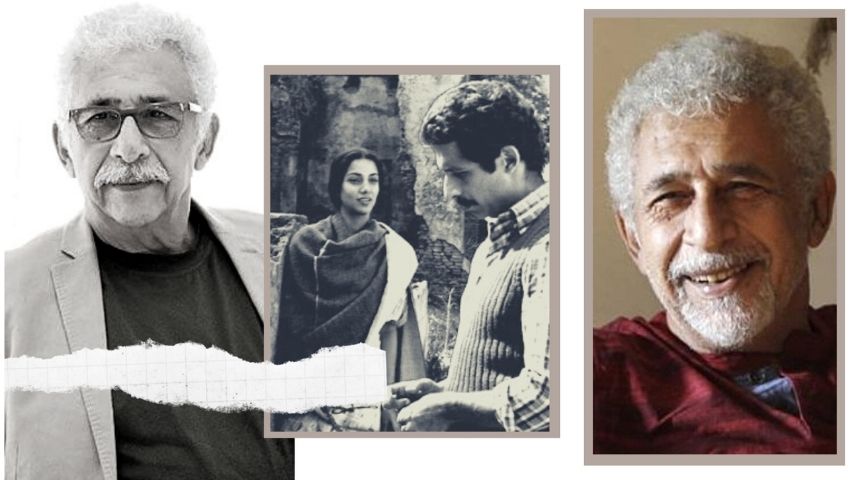 How do you look back on Sparsh and Masoom?

He was brilliant in Sparsh as the visually impaired principal of a blind school. Quite often, after a shot I would instinctively stretch out my hand in support. I had forgotten, he wasn’t sightless in real life. I had predicted that he would win the National Award for it and he did. Sparsh had very fresh writing by Sai and Naseer gave the part his all.

In Masoom, the love affair was between Shekhar Kapur and Naseer. Shekhar won Naseer’s trust. He convinced Naseer to cut his beard and gave him nice clothes to wear since he was playing DK, a prosperous architect - small things, which make an actor feel good.

I remember complaining that I wish Shekhar wouldn’t treat me like Dresden, the China doll, that I’m a pro and need to be told upfront that this isn’t working. It was Naseer who said, “That’s Shekhar’s style. He is gentle with you, with the kids and me. Give him the support to direct you in the way he is most comfortable.”

Both of you are dedicated to theatre. You haven’t been on stage for quite a few years now, the last of your plays I can recall are Tumhari Amrita and Broken Images while Naseer is constantly on stage.

Excuse me! I have done over 10 plays including one at the National Theatre in London and another one at the Singapore repertory theatre. I enjoy theatre very much. I was four months old when my mother would strap me on her back and take me to Prithvi theatre. Still basically, I am a film actor. Naseer on the other hand, is a theatre actor. He owns the stage. Kitni aasani se saans leta hai! He was fantastic in A Walk in the Woods and in Einstein. I can watch him over and over again. 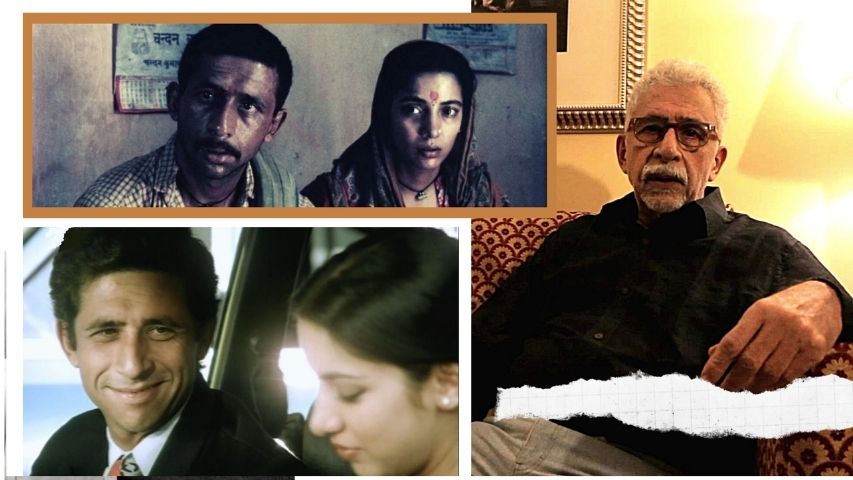 Did or can anyone come close to the Naseer-Shabana pair in off-mainstream cinema?

Of course, yes. There were Om Puri and Smita, Farouque Shaikh and Deepti Naval. The advent of casting directors has changed the ecosystem: character actors like Om Prakash, Madan Puri and Shivraj, with due respects, have been replaced. There are some amazing actors today.  For instance, Sanjay Mishra, Kumud Mishra and Shashank Arora are excellent. I saw Titli and loved all the performances.

Lastly, do Naseer and you keep in touch?

Unfortunately no. We had a common friend, Farhan Mujib, and would meet whenever he came into town. Unfortunately he passed away. I was pleasantly surprised when Naseer said some nice things about me in his autobiography (And Then One Day). In real life whenever I would ask him about my work, he would chuckle, “Your mother, Shauqat aapa, is a wonderful actress!” Go figure.