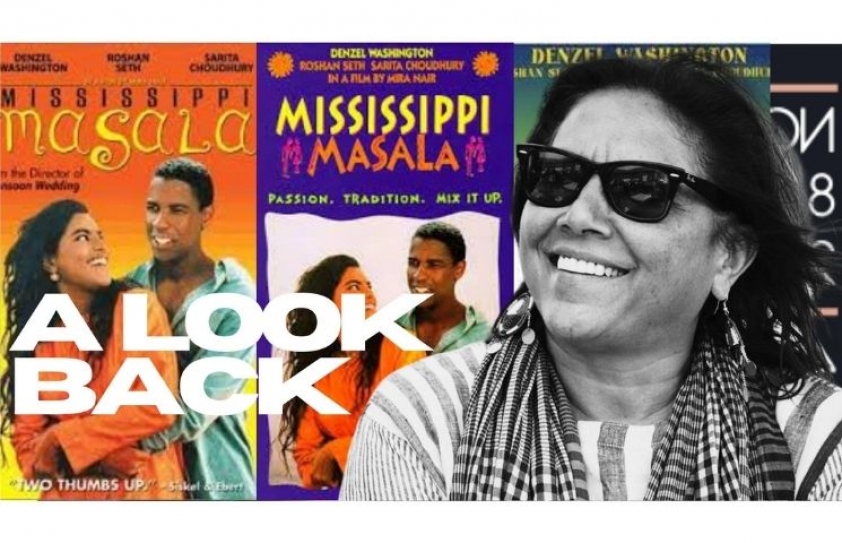 Aditi Singh revisits the film Mississippi Masala, thirty years after its release, and recalls the metaphors of ‘home’ and ‘belonging’.

Mississippi Masala opens on a note of tension, when Jay (Roshan Seth) seems to be traveling, rather trespassing, in the dead of the night in Uganda with his friend Okelo. Jay, a lawyer with a rigid moral compass, has called dictator Idi Amin “evil” in a radio interview with the BBC, in response to the order of expelling South Asians from Uganda in 1972. As the camera captures the picturesque landscape within which he, his wife Kinnu (Sharmila Tagore) and young daughter Mina live, the family struggles to come to terms with leaving Kampala, the only home they have ever known, for Mississippi.

As the years pass, we see Mina (Saritha Choudhary), a smart and sensitive child back in Uganda grow up into a headstrong and witty woman in Mississippi. While Kinnu runs a small liquor shop and Jay has settled down to live with family members that run a chain of motels, Mina lends a helping hand in the upkeep of the motels. A run-in in the form of a car accident with the tall, dark and handsome Demetrius (Denzel Washington), a carpet cleaning business owner, forms the spark of the story.

As she is of marriageable age by Indian standards, Mina’s “illicit” affair with Demetrius reveals the bigoted racism that prevails in her social circles.

In one scene, Jammu Bhai, the owner of the motel Mina works in, says to Demetrius, “Black, brown, yellow, Mexican, Puerto Rican - we’re all the same. All us people of color must stick together.” Later, when he learns of the inter-racial affair, that sense of camaraderie is replaced with irrational disdain coming from deep-rooted prejudice.

The movie ends with Mina and Demetrius running away in hopes of starting their own business. Mina calls home from a remote gas station the couple have stopped at, an anxious scene made all the more dramatic with pouring rain. Rather surprisingly, it is Mina’s mother Kinnu that gives the couple her blessings, regardless of her initial resistance against their union. Jay refuses to come to the phone.

Thirty years since its release, Mississippi Masala continues to cause reflection and introspection, with its subject matter being of relevance for eons gone by and for generations to come. The garb of Romeo and Juliet that the film wears unravels to expose the complex and layered Catch-22 situation that the African never-been-to-India Indian and the American never-been-to-Africa African find themselves at the center of.

Mississippi Masala also turns out to be a “mix masala” of narratives. The family’s past in Uganda (and Jay’s obsession with it), the Indian diaspora in Mississippi (and their dated native judgments), the two star-crossed lovers (and their tumultuous journey for a happy ending) - all these plotlines weave in and out of each other. Denzel Washington’s suave Demetrius, and debutant Sarita Choudary’s strong-willed Mina make a great pair on screen, so much so that one wishes to see more of them among all the different stories that are being told. 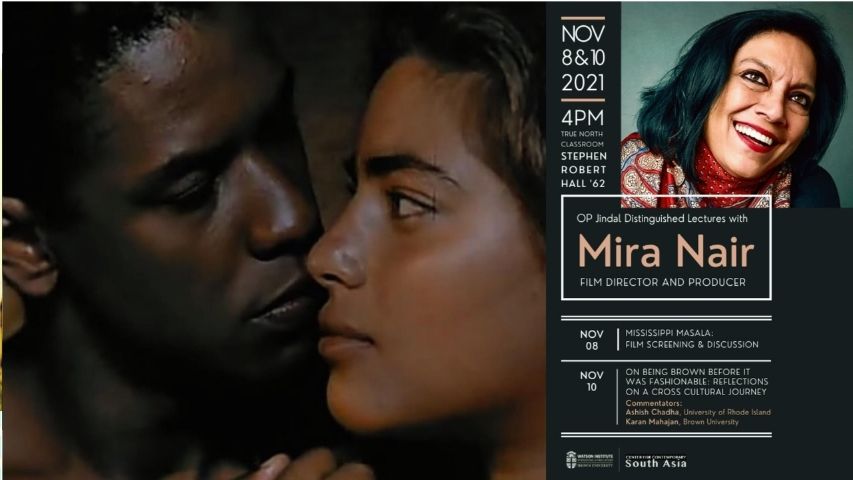 Although the development of Mina and Demetrius’s relationship feels incomplete because of the crunched timespan within which they engage, as well as their respective motives - for Mina, a sense of freedom in rebellion and for Demetrius, moving on from a prior unsuccessful relationship - watching the two twirl off into the sunrise in their respective “ethnic” attire in the very last shot of the film did make my Bollywood-acclimatized film palette tingle with content.

The music, orchestrated by L. Subramaniam mingles Indian and African sounds that truly set this film apart. A sense of nostalgia for somewhere one hasn’t been before (“hiraeth”, as Instagram poetry has made viral) that the music evokes, perfectly aligns with the inner turmoil and reflection of the characters, and essentially the crux of the film.

Another interesting aspect that features in this English language art-house film is the lack of White protagonists, antagonists, or any other ‘-ists’, really. Funnily enough, even though Mina and I are moons apart as individuals, this is the first time that I as a viewer haven’t felt like the “other” when a character of Indian ethnicity is depicted in a Western film.

At its core, Mississippi Masala is a commentary on ‘Home’ and ‘Belonging’. As the movie draws to a close, the characters realize that belonging isn’t dictated by race, ethnicity or geography. “Home is where the heart is,” writes Jay to Kinnu in a letter penned in Uganda.

The new Government has granted his repeated appeals for a court hearing regarding his property back in Kampala, and he jets back to his “janmbhoomi" after years, only for his effervescent joy to fizzle out when he hears of his estranged best friend Okelo’s death. Realizing that there is nothing grounding him to his birthplace, not anymore, he reaches the epiphany - “Home is where the heart is, and my heart is with you.” Cut to Kinnu’s sublime, sentimental smile.

Jay’s painstaking achievement of closure regarding ‘Belonging’ and ‘Home’ had already appeared to an enlightened Mina a while back. Here’s hoping it helps him empathize with his wise and ambitious daughter; here’s hoping he inspired Amrish Puri’s Baldev as he says, “Ja Simran ja, jee le apni zindagi.”