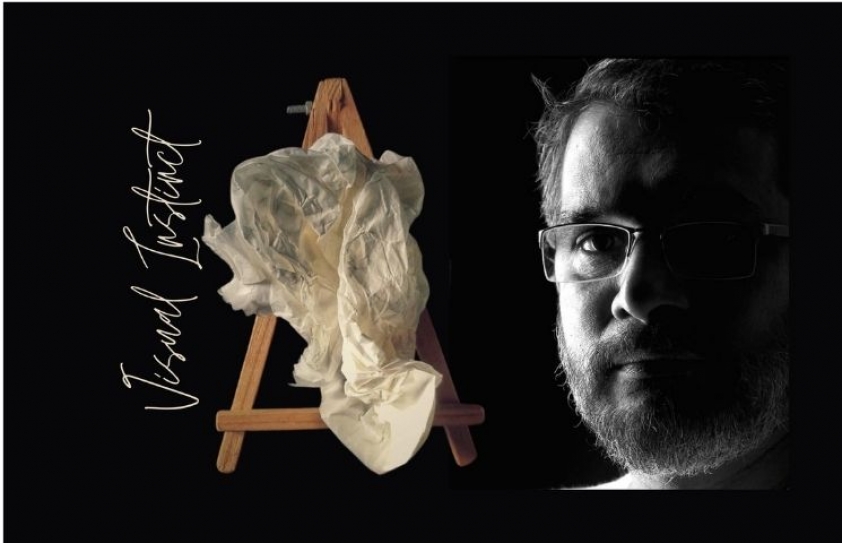 Khalid Mohamed writes on discovering the rule-breaking art of Vishwanath Math on social media in the time of the Coronavirus.

The scene right now: No art galleries, no exposure to retrospectives of the master artists, no images to marvel at - ever since the COVID-19-stricken times. Yet there’s an alternative source to keep abreast of on the internet, which for me work more aesthetically, if I may say so,  than to log on to online displays of artworks and the webinar discussions which follow forthwith. Sure, these have their uses and above all, confirm that art survives in its individualistic styles and forms.

Still, there’s no greater thrill (for me) for discovering art by chance. Some friends, graduates of the Faculty of Arts, M.S. University of Vadodara, do mail me their recent work and many are fabulous, especially the inventive images of Teppla Kodanda Rao and Subhakar Tadi. It’s not exactly easy for them to find buyers or an audience at this point of time. 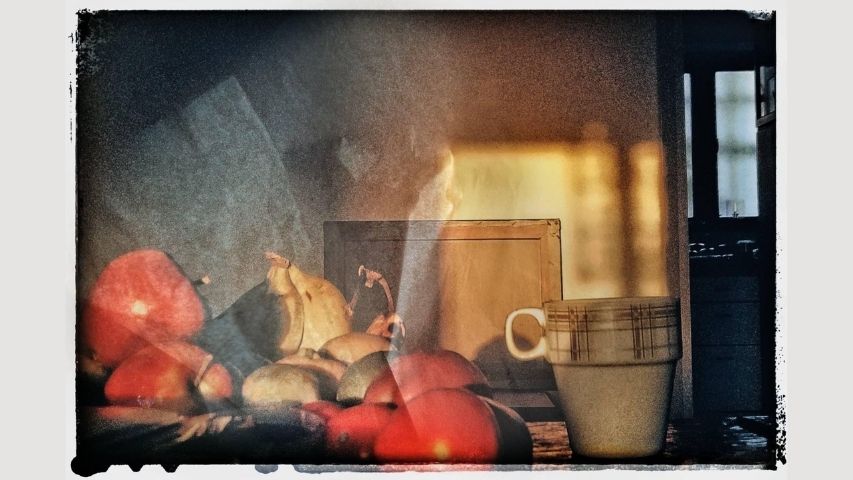 Moreover, it goes without saying that since the market for art has nosedived even before the corona virus attacked, artists at large aren’t in the best of circumstances, financially. Still they soldier on, hoping that gallerists at home and abroad will continue their back-up support to boost their morale.

Which brings me to Vishwanath Math, an unconventional artist who travelled the conventional route  till that ‘failed to appease my soul’. Located in Mumbai, the J.J. School of Art, graduate is doing his own thing and enviously appears to be ever so Zen about it.

My spontaneous take away from Math’s work is that there is a new world-view being produced by artists making, watching and circulating images in quantities and ways that couldn’t have been anticipated in the last millennium. Visual culture is now the study of how to understand change in a world too enormous to see but vital to imagine. Networks have redistributed and expanded the viewing space, from galleries, albeit contracting the size of the image and as a result even their deteriorating quality. 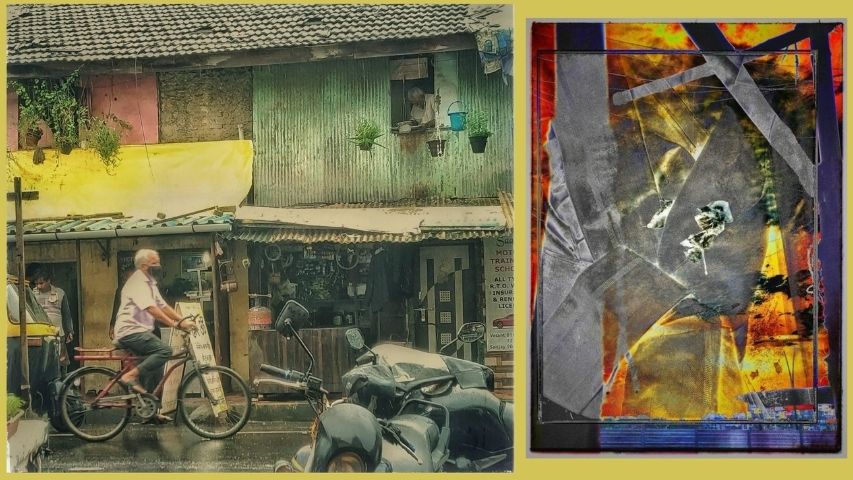 That has to be accepted, however in today’s network society, or a social life, which takes its shape from the electronic information networks, as stated presciently by sociologist Manuel Castells circa 1996. Indeed, right now there appears to be a frenzy of images, which employ mixed media, seamlessly with the classic tools of paint, brush and canvas.

To return to Vishwanath Math’s work, on asking him to mail me his bio-data, he simply sends me a black-and-white image of utensils waiting to be cleaned. Huh, okay, but I’d like to know more in words to which he responds patiently that back in the 1970s, after graduation he had to opt for ‘applied art’ to earn a living. Which he did through the interplay of dark and light in photography. This phase he describes as his “romantic interludes with intensities of light” and to make the best use of available light, an ideal pursued by image makers. 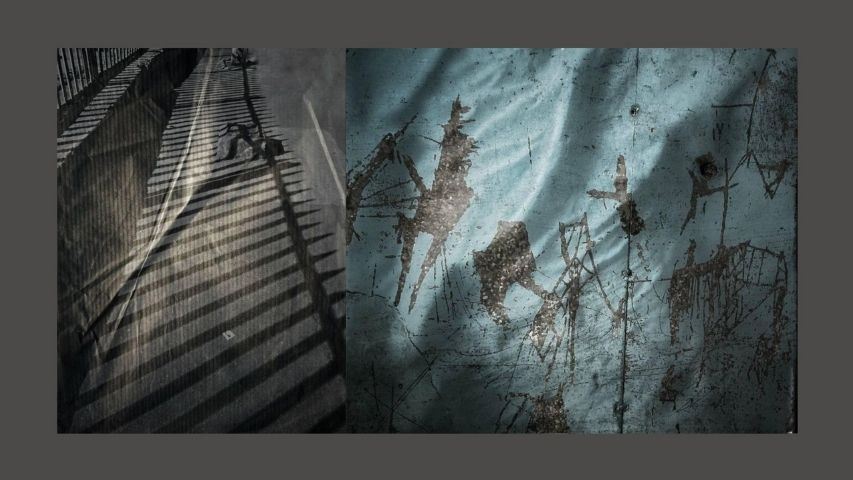 At the outset, Math was a cameraman for feature films, corporate films, commercials, documentaries and video installation. Subsequently, he was associated with a documentary of the German-born, Delhi-based artist Ingrid Pitzer famous for her paper reliefs and sculptures.

The 64-year-old Math’s official data stretches on quietly listing his work for BBC and other frontline channels. And then there’s the admission that the “creative urge” and the attraction towards moving images were overwhelming him. Documentaries and commercials had honed his skills but there was an inner discontent. So he abandoned everything in his work diary at the risk of facing penury and after a spell of hibernation has become a master of his own ideas and vision. 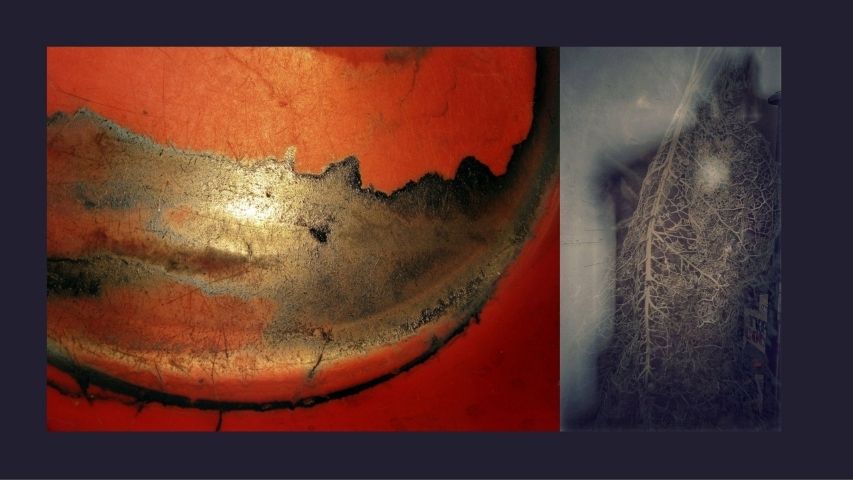 Math’s untitled images in different media which struck are varied and open to a welter of thoughts and interpretations. For me that’s absorption in art. To paraphrase Susan Sontag, then, art makes everyone a tourist in other people’s reality and eventually in one’s own.