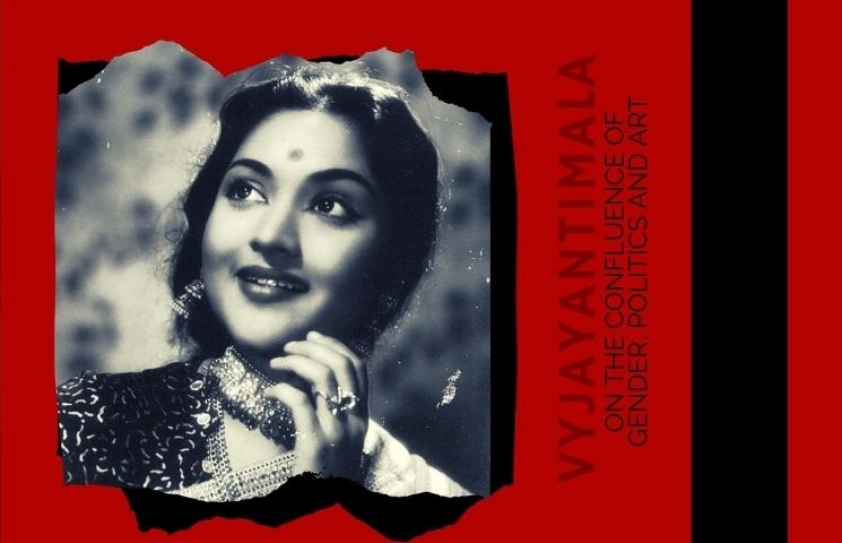 Humra  Quraishi recalls a meeting with Vyjayantimala Bali and shares excerpts from an interview she did with her way back in time.

It was just a day before the show but she looked relaxed. Dressed casually in a cotton salwar kameez, with her short hair tied firmly back in a pony-tail, her well-manicured hands fitted with several rings; she talked spontaneously, while at the same time rehearing, checking the music, directing the floor manager and checking the slides.

Not the least ruffled, she‘d kept speaking, “Through this form of art, my dance, I want to convey the message of peace. I carry my Om Shanthi books and manuscripts on dance just about everywhere. I am doing a research study on the traditional temple dance forms. I am curious and want every detail explained to me by scholars and pundits. I’m concentrating only on the ancient forms. Why go creating new forms when there are so many of the ancient? I feel there is something very spiritual about Bharatnatyam, otherwise how could it have survived through the ravages of time. I have so many thoughts brimming in my head and time just passes.” 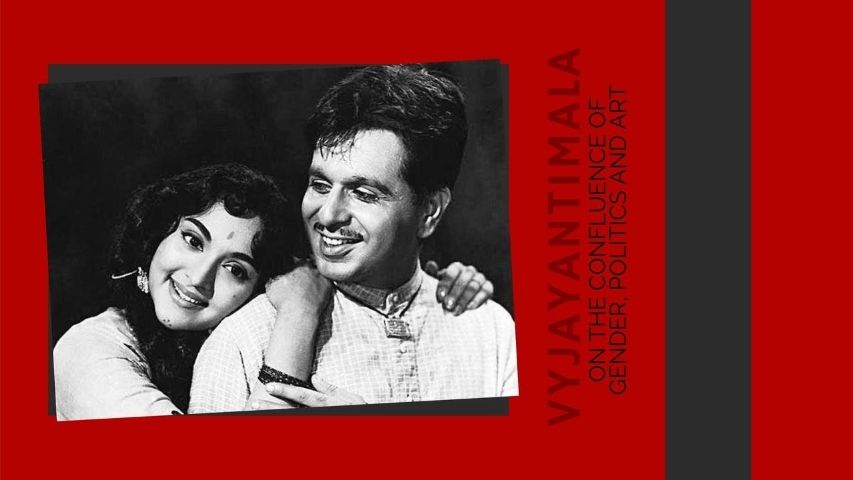 And, with that as the take off point much more followed.

She told me that as a shy five-year-old, she had performed Bharatnatyam for the Pope in Rome. As a studious and introverted class tenth student, her dance performance in Madras, now Chennai, had caught the attention of the  producers of AVM production. Her very first film, Bahaar, had left the  audience spellbound! Of course, she continued to do more films till 1968 when she got married. She’d quipped, “Thereafter, I did not retire but relinquished films.”

Later, she’d  made it to the political and as a Member of Parliament she represented the South Madras constituency; with dance remaining a constant in her life.

When you were so inclined towards classical dance, why did you move  towards films and with that, give dance a backseat through the most  creative years of your life?

First of all, my dancing influenced films and not the other way around. All through my film career, my dancing continued. In fact, after shooting, when I’d return  home, I‘d be in a totally different atmosphere - no filmi  stuff but only traditional music and my dance. Also, let me point out that I‘d  never opted for films. It was only accidentally, that I joined the film industry.

I come from a traditional South Indian family and being the only child, I led a very protective life. My grandmother wanted me to go for further studies,  but one of the  directors of AVM Productions was a family friend. When he  saw my performances, he coaxed and convinced my grandfather to let me take a role. It wasn’t a romantic role but one of those, which was centred around dance. In fact, I didn’t realize what acting was. The  film was such a hit that other films followed.

Did you ever repent having  joined the film industry?

No, never. The film industry treated me with so much love and affection.

Your name was  linked with the RK camp?

Gossip! Gossip will always be there. As a film star you are in public eye. All this is a lot of exaggeration, especially where RK Films was concerned. Tell me, who isn’t linked with them? In fact, all these links are needed to boost  the film;  publicity gimmicks. Even in the  West, actors are  linked with their  co-stars for this very purpose. 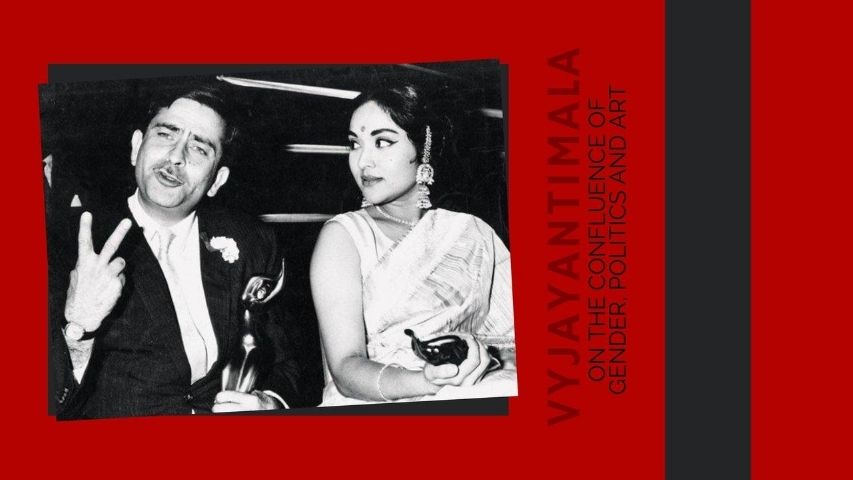 Which, according  to  you, have been your most memorable films?

What I consider to be my best are Ganga Jamuna, Madhumati, Amrapali, New Delhi and Naya Daur.

And your favourite co-stars?

When you son Suchindra sees your films how does he react?

He’s quite appreciative but when he’s watching one of my films and if I happen to be sitting nearby, he looks at me in wonder and quips, ‘Mummy is it really you who has done all that!’

How do you react when you see yourself doing dance and song sequences?

I’m not different than my son. Even I feel the same way. Really can’t  believe it’s me!

After marriage you quit films. And, even when you were offered roles  you refused. Why?

See, after my marriage it was a mutual decision (my husband’s and mine), to relinquish films. And I feel it was a very wise decision because at that time I was at the top. Yes, even now I have been offered roles but I have declined them. Why play character or mothers roles!

How would you compare films from your days with today?

I have been part of the film fraternity but don’t have a clue to today’s film industry. Yes, occasionally I do see some films. Technically, improvement is  there and there is plenty of talent but I also see and feel that in today’s films  there is a lot of violence, obscenity and cruelty. In fact, when I was on the Censor Board I was very particular that violence and vulgarity in films should not be encouraged. I don’t know why they are making these type of films. They, that is the  producers, say that they are depicting real life situations but why depict this! Today’s youngsters don’t like seeing so much of violence and I had been talking to a cross section and they tell me they don’t like seeing so much of violence.

Who are your favourite actors/actresses of today’s cinema?

Coming to your film career, it’s said that your late husband, Dr Bali, wanted  you to quit the film industry and that’s why you did so?

No, it was a mutual decision. He was too gentle, too considerate and suave  to ever force his views on me. In fact, he  was God  sent for me.

How did you meet him?

Well, that was the most interesting phase of my life. Actually during one of the film shootings in Bombay, I wasn’t too well so the director got him to  treat me. That’s  how it started. And, slowly I realized that when he didn’t  come to see me, I missed him a lot. That’s how I knew it was love. 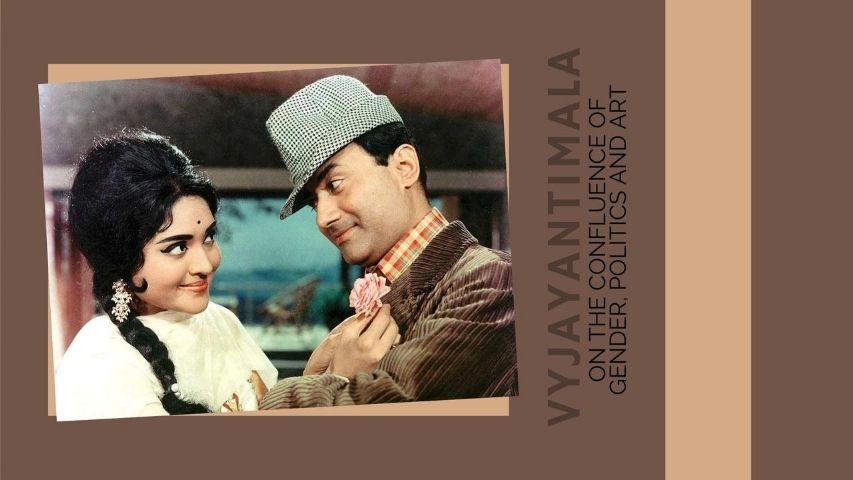 How long did it take you to realize you were in love with Dr Bali?

He told me that I realized it much later, though he knew it much earlier. I loved his company. He was a very gentle and kind person.

How did you drift into politics?

Well, my husband thought that I had the makings of a politician, so he  wanted me to join politics. In fact, it happened slowly - in the beginning we  toured Tamil Nadu and saw chaos spreading around and how funds were   being misused and also people’s disillusionment with the administration. Wherever we toured we saw for ourselves that there was another reality: how people loved Mrs Indira Gandhi and so when we visited New Delhi, we  met Indira  Gandhi and told her about the state of affairs in Tamil Nadu. We also told her about my own inclination towards joining politics. She’d smiled encouragingly.

But weren’t there any apprehensions with you being a former film-star turning into full-time politician?

People  knew I am a very serious person. It wasn’t that I was just about  hopping from one profession to another. After all, I had quit the film industry in 1968 and entered politics years later - in the early 1980s. Also,  people knew about my integrity. So there was no problem.

It was said that once you were in politics it was your husband who was the  guiding force and he did not let you take independent decisions?

That’s wrong. But it is a fact that I never said no to his suggestions because  I had faith in him. I knew whatever he was advising me or doing was for my good. Our relationship was very strong… we were bonded. 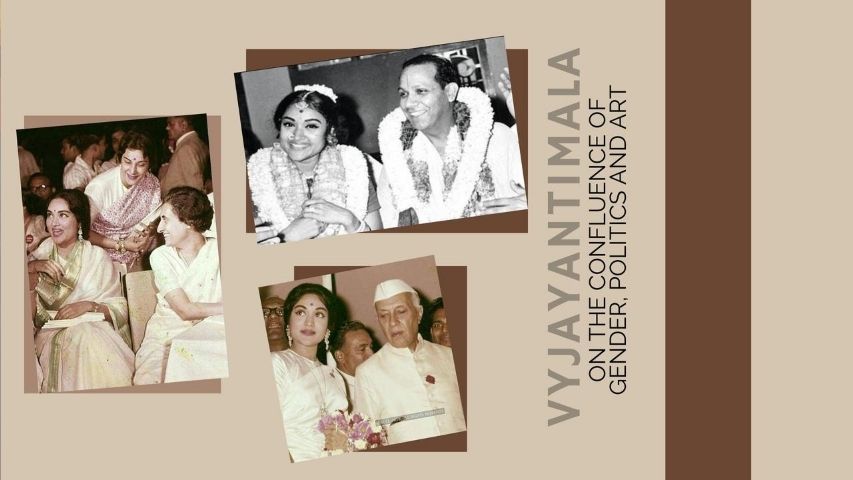 But once you had made it in politics, did your husband ever show regret, with you being in the limelight and away from home for days?

We always travelled together. In fact, why should I have travelled alone? Even on the tennis court or golf course, we were always together. With him I’d changed totally. Earlier I was known to be  an introvert but he made me so full of confidence. I‘d developed interest in tennis, golf and my interest in Bharatnatyam became an obsession because he loved Bharatnatyam. Ours was a very strong relationship… a  very strong  bonding.

How did you cope after your husband demise?

After his death, I thought of leaving everything - dance, politics… but then in the same breath I thought that how could I leave my work, because he always wanted me to continue in both these spheres.

After his death, why did you think of setting up Dr. Bali Pharma Foundation?

He died in 1986 because of a brain haemorrhage and because of the unavailability of a life saving drug - glycerol. We needed 10 bottles of glycerol but managed to procure only 1 bottle as it wasn’t available. You can imagine how I must have felt! With all the resources we couldn’t  save him because a particular drug wasn’t available. And, with this in the  backdrop I decided to set it up, so that we could provide life saving drugs to  those battling for life.

Some controversy had erupted after your husband’s death about his will - it was contested by his first wife and her sons. How did you deal with that  trauma? How did you fight that legal battle?

We, my son and I, won in court. After all, truth does prevail. Unpleasant things keep happening, what to do!  But always have faith in yourself and the rest will follow smoothly. I do believe in this line of Shakespeare, ‘This, above all, to thine self be true’.

Is it very tough for a woman to survive in politics?

Yes, it is very tough for a woman to survive in politics. It is dominated by men. On all those marches and in those public meetings, women are jostled and pushed around… it gets tough.

Crime against women is on the rise. How do you think it can be tackled?

I feel that no amount of new laws would be enough to tackle this. What you need is severe punishment to be served through existing laws. Even small countries are tackling this by severest forms of punishment so why can’t we?