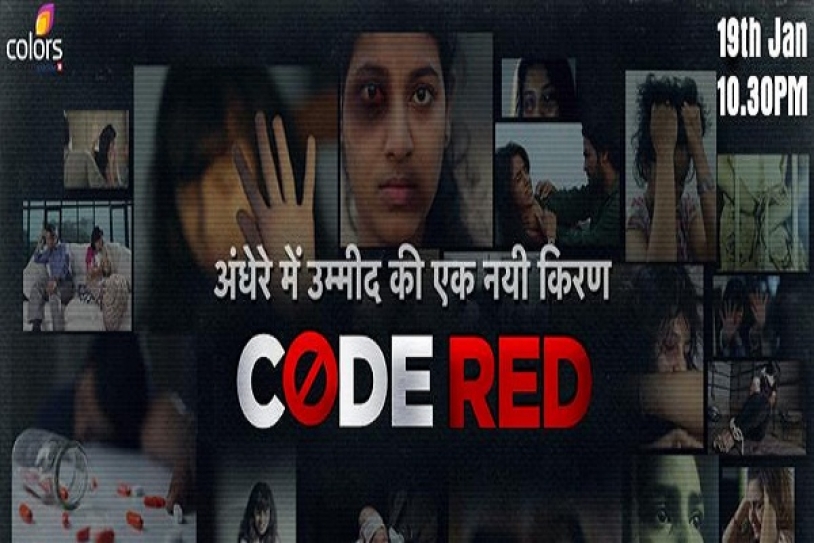 A television channel scan threw up an emerging change of dress code for women. The women characters ? mothers, mothers-in-law, bahus, etc. -- are wearing trendy outfits. Look at Durgadevi Patel, the archetypal sasu ma, who dominates her ghar jamai, in Jamai Raja. Not for her, the heavy gold jewellery, garish, richlyembroideredsaris which weigh a ton with a ghunghat and maang tilak. She?s even shortened her name to a brusque DD; an air of sneering sophistication precedes her, as she moves about in her elegant saris, flaunting avant garde jewellery or multiple strands of beads, coloured lenses with well coiffeured short hair. How much more elegant, modern and fashionable can a high living mother be?
Lavanya Garewal in Laut AaoTrisha, is the latter?s aunt and a mother of two teenaged children. As a senior executive in the family business, her corporate wear is designer saris set off with minimalist jewellery, a flowing mane and elegant accessories.At home, she loungesin trousers and a loose shirt or a brightly coloured kaftan. Her sister-in-law Amrita Swaikais sari clad with a bit of jewellery , as is befitting her status as the CEO?s wife, but she too is shown comfortable in trousers. Whereas Shonali , her sister-in-law is mostly seen in western wear. Sure, Laut Aao Trisha is around a very modern Indian business family, who live in a plush contemporary abode. So their life style is reflected in their dressing.
Ajeeb Dastan Hai Yeh has everyone wearing sensible everyday clothes. While Shobha Sachdev?s saris are tasteful, practical and acceptable.Hermother-in-law ShardaSachdev?s dress code is strictly salwar-kameez,which in themselves are a stand out. Of course, Vikram?sNani ma?s quirky style of dressing is outlandish, in keeping with her character.
In a new show, Itna Karo Na MujhePyaar has Ragini Patel, a middle class, single working mother,is dressed in plain brightly coloured cotton/silk tasteful saris with broad borders and embellished cholis, in keeping with her character. Her saris are well matched by Nivedita?s which are off whites or a subdued colours with a touch of black . While other characters like Neal?s sister Pam and her friend Dimpy sport fusion wear. The only bling in this serial comes from Shushila, Jignesh?s mother as her character demands it.
Meri Aashiqui Tum Se Hi has a mixed bag of fashion ? simple, but elegantly clad Falguni Mehta, who in her hey days sported stunning jewellery and saris, no bling, please. Amba, flaunts her new found riches with the most garish saris and jewellery ? completely tasteless and regressive. In fact, barring a few characters, most of the women are dressed for a party at any time.
When Ekta Kapoor?s big three? KyunkiSaasBhiKabhiBahuThi, KahaniGharGharKii and Kasauti Zindagi Ki -- were being aired, an avid soap opera watcher scoured the sari shops for a sari worn by Komolika in a sequence of Kasauti Zindagi Ki. Shops in suburban Mumbai?s famed Lokhandwalla complex were known to display with photographs of Tulsi?smangalsutra and Parvati?s sarees! They even displayed slippers named after them! When a friend asked her two maids what they wanted for Divali, they unanimously asked for Tulsi ka mangalsutra aur Parvati ki saree! With Bade Achche Lagte Hain, Priya set a new trend ? light pastel shade saris with minor embellishments, net fabric cholis to be tied up at the back. A majority of young Marathi bais wore Priya saris and cholisduring the annual Jatra. But Priya also wore jeans and shirts, salwar -khameez and cotton sarees, when the script demanded. BALH had a healthy absence of all things bling, except for Priya?s mother, whose outlandish dressing was so in character.Fashion conscious viewers must have already scrambled to the nearest stores to grabRagini and Nivedita saris or outfits they have seen at prime time.
Following fashion on the screen isn?t a new. It is believed that , when Mandira Bedi went to audition for Shanti, she realized the producers wanted an Indian look, and she was missing a bindi. She used her eyebrow pencil and hastily drew a design. Not only did she land the part, but they wanted the same bindi. One day, she found a packet of bindis named Shanti Bindi!
The fashion conscious urban Indian women are known to have watched American television soaps like Dynasty and The Bold and the Beautiful repeatedly to copy Linda Evans? earrings or Caroline Forrester?s outfit! Indian small business acumen capitalized on this craze locally. Hindi cinema has set trends with Sadhna?s fringe, Sharmila?s bouffant, Dimple?s shoes and hair clips from Bobby, plait clips from Love in Tokyo, etc. The trend continued with Kareena?s tacky saree-choli from Chameli. Television too is staking its berth
Soaps are moving away from kitchen politics, sometimes to the boardroom. They center on families with a broad outlook and with youthful characters in starring roles. Havelis and sprawling mansions are replaced with modest flats as we so often have seen ?as in Ajeeb Dastan Hai Yeh and Itna Karo Na Mujhe Pyaar, Parichay, Thoda Hai Bas Thode Ki Zaroorat Hai. Prime Time is getting a good look at reality. 2015 has just begun.