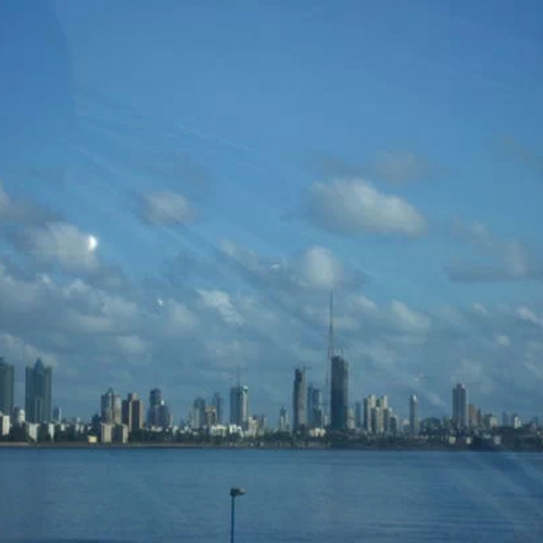 The study, led by World Bank economist Stephane Hallegatte and the OECD, forecasts that average global flood losses will multiply from $6 billion per city in 2005 to $52 billion a year by 2050 with just social-economic factors, such as increasing population and property value, taken into account. Add in the risks from sea-level rise and sinking land, and global flood damage could cost $1 trillion a year if cities don’t take steps to adapt.

Most coastal cities’ current defenses against storm surges and flooding are designed to withstand only current conditions. They aren’t prepared for the rising sea levels accompanying climate change that will make future floods more devastating, the authors write. Protecting these cities in the future will take substantial investment in structural defenses, as well as better planning.

The findings add to a series of recent studies, led by the World Bank’s Turn Down the Heat reports, that have looked closely at expected rises in sea level and their impact on vulnerable regions around the world.

Who is most at risk?

The new study, part of an ongoing OECD project, examined maps and databases of population and world assets, flood-prone regions, storm frequency data, and cost of damage models for 136 large coastal cities. For the first time, it took into account existing coastal defenses and their level of protection.

However, developing-country cities move up the list when flood costs are measured as a percentage of city gross domestic product (GDP). Many of them are growing rapidly, have large populations, are poor, and are exposed to tropical storms and sinking land.

In most of these cities, the poor are most at risk as rapid urbanization has pushed them into the most vulnerable neighborhoods, often in low-lying areas and along waterways prone to flooding.

One warning from the study’s findings appearing in the journal Nature Climate Change is that the cities where flood risk will increase most are not the cities where the risk is particularly high today. Port cities that haven’t been highly vulnerable in the past are among those facing the greatest increase in risk by 2050. Leading the cities with the greatest increase in risk are Alexandria, Egypt; Barranquilla, Colombia; Naples, Italy; Sapporo, Japan; and Santo Domingo, Dominican Republic.

“Coastal defenses reduce the risk of floods today, but they also attract population and assets in protected areas and thus put them at risk in case of the defense fails, or if an event overwhelms it. If they are not upgraded regularly and proactively as risk increases with climate change and subsidence, defenses can magnify – not reduce – the vulnerability of some cities,” Hallegatte said.

With better defenses, more people will be dependent on dikes and sea walls, and losses when those defenses fail to protect the city will get bigger. Along with better structural defenses, cities will need better crisis management and contingency planning, including early warning systems and evacuation plans, Hallegatte said.

In cities where flood damage hasn’t been common, spending money on flood defenses can be politically unpopular. The challenge facing government officials today is investing in protection before the damage occurs.

For small countries, protection and preparation are especially important. A devastating flood in a key city can stall the entire economy of a small country, making recovery and reconstruction even more difficult. For all of the cities, the preparation will save lives and money in the future.