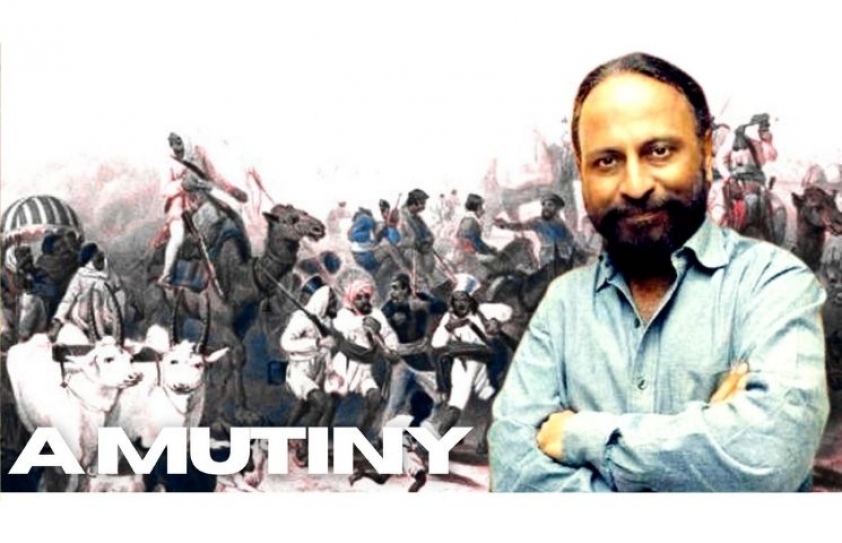 As discussions continue, Farrukh Dhondy remembers writing a script for Ketan Mehta - Rani of Jhansi, which was hijacked of course by those re-writing History.

It was probably some ancient Greek who coined the questionable adage that history is always written by the victors. I suppose if one reads Winston Churchill on World War 2, or Romila Thappar, the post-Independence secularist, on the conquest of Vijaynagar, this Greek may have something going for him. The Brits did beat the Nazis and Gandhi and Nehru led the fight for Independence and the Raj retreated, leaving the victors with a divided nation and the saving instinct for secularism.

But then I turn to the other ultimate losers who didn’t write their own stories but are celebrated as the heroes and heroines of them. Julius Caesar wasn’t a winner, but his place in history is assured and dwarfs any annals of Brutus, Cassius or the others who were for a short time the ‘winners’ having stabbed him in the back. Then think of Antony and Cleopatra - both committed suicide to avoid ignominy and get away from insufferable loss. They were ‘losers’ but history favours their narrative. I could provide a score of examples in which such losers come out on top but I suppose I have to admit that the Greek - if it was a Greek and not some Vedic chronicler whose fame has been usurped - is pedantically right: Babur wrote his Nama etc.

When I was in school in Pune, all those decades ago, I read history books, which said that in 1847 there was a ‘sepoy mutiny’ that was later joined by Rajas and Ranis who saw an opportunity to fight the East India Company’s tyranny and arbitrary impositions of “doctrines of lapse” and unholy bullet grease. The books we read and the history teachers we had in the early days recognised that the East India Company, the colonisers, had in the end subdued the mutineers and were therefore victors and their historians had given posterity a just account of the mutiny. 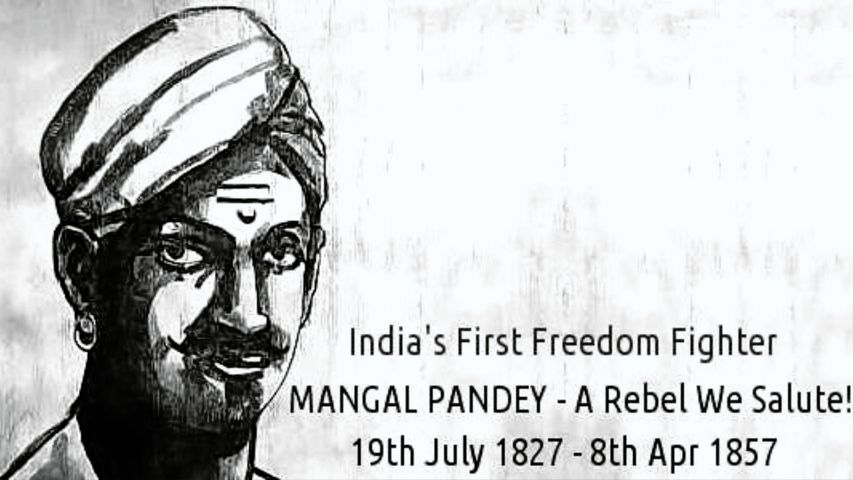 This was in the middle fifties and my school suffered a change. A young man who was an inspired history teacher and an Indian nationalist to boot displaced our Anglo-Indian history teacher. He made us aware that after 1947 there were new victors in the field of interpretation. 1857 was no mutiny; it was the First War of Independence. It was no good pointing out to him that the sepoys who initiated the historical episode were indeed mercenaries who drew monthly salaries from the East India Company for fighting other Indians. They were as much ‘mutineers’ as were Fletcher Christian and the crew of the Bounty when they revolted against Captain Bligh and put him and those loyal to him in a boat to try their luck against 2000 miles of open sea and the elements.

There was no arguing against our passionate new history teacher and I confess I spent very little time on thinking about the labelling of the 1857 historical episode until Ketan Mehta, the distinguished film director approached me to write a screenplay about the beginnings of what he insisted on calling the First War of independence (FWI?). I accepted his commission, got down to research and invention and we finally made a film called The Rising for the international market labelled Mangal Pandey for the Indian audience.

Some years after its mixed success, Ketan came back to me asking if I would write a screenplay about the Rani of Jhansi skewing the narrative towards her relationship with the British officer Brigadier, later General, Hugh Rose who was assigned to subdue her in the full flood of the FWI, which she had joined.

I researched and wrote the screenplay with a lot of input and guidance from Ketan and his partner the irrepressible Deepa Sahi who initiated the particular story. The final phase - and this happens to most screenplays - was initiated by an international producer and by a well known director-producer team in Britain who wanted to act as the financial and executive heads of the project, with Ketan as director. Being the writer, these aspirant executives approached me and asked me to ‘internationalise’ the script so as to appeal to an international as well as an Indian audience. They told me that a dynamic, talented, and in their view indispensable, actress called Kangana was to be attached to the project.

I got to work on the modifications as I considered they ought to be and was sent notes by Ketan and by Ms Kangana – (I have the copies). Kangana’s notes amounted to a “Bollywoodisation” of the screenplay, the script of a film, which would demonstrate the tragic fate, heroism, patriotism and triumph of the character she would play.

I took some of this on board, but not taking sides with the victors or losers in history, still produced a screenplay, which undoubtedly demonstrated the Rani of Jhansi’s tragic story and heroism, but I stuck to the truth of her being almost reluctantly forced into the FWI and to the narrative of the British officers variously captivated by her, who jealously resented her and wanted her destroyed, and of General Rose who was assigned to subdue her and grew to respect her as a warrior and an adversary. 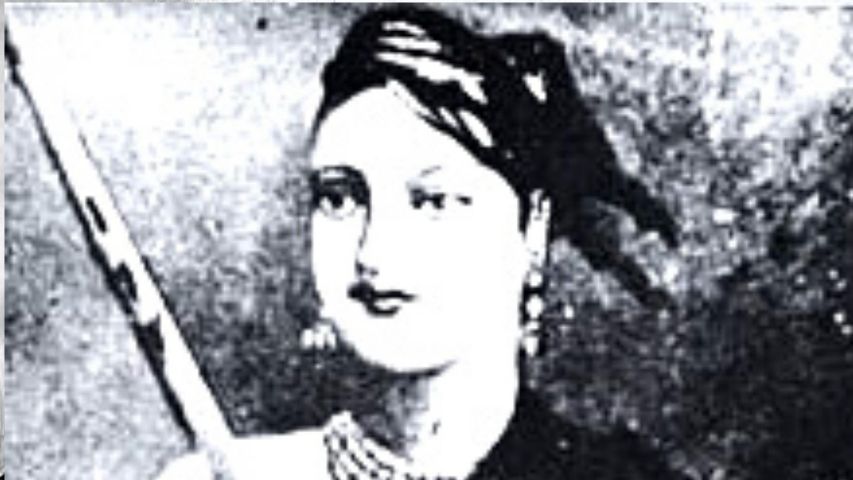 I submitted my final draft, satisfied with it and confident that it had addressed the concerns of the potential international financiers, of Ketan and of Ms Kangana and waited for comments. Comments came there none. Instead, months later I was informed that Kangana had attached herself to another production company, not Ketan’s, to act in the film Manikarnika - the Rani of Jhansi. I was a bit taken aback. I had imagined that the project had surmounted several hurdles and would be financed and I’d finally see some money for the work I’d put in.

No such luck. Ms Kangana insisted her film was going ahead; Ketan pursued her in the courts of law, but for what? The dispute attracted the attention of the gossiping papers but they didn’t explain if Ms Kangana had broken some contract she had with Ketan’s company. And what I, hapless and helpless without the wherewithal to hire lawyers, wanted to know is whether Ms Kangana has taken my script or any part of it, such as my invented characters and scenes, with her to her new enterprise?

I was confident that in this day and age if she or her producers were aware that some of what they were going to film was my intellectual property, they would be in touch with me and with my literary agent. I presumed of course that Ms Kangana had a completely different screenplay from the one I submitted to Ketan and was deliberately, critically or disagreeing, entirely new.
In which case what Ketan and our international producers ought to have done was to abandon legal action, contract one of our great Indian actresses to play Manikarnika/Rani Laxmibai (I could think of seven who would have played the part with distinction!) and made the film with compelling international and Indian appeal.

So back to our historical conundrum: Manikarnika, the Rani of Jhansi was a loser in the great First War of Independence, but that we are far and away into Independence and our former colonial rulers are begging us for trade deals and capital investment, we can afford to Bollywoodise history or turn our past myths into supposed scientific achievements. Yes, winners write history. We can claim that Indians invented organ transplant surgery on the evidence of Ganesh having an elephant’s head - neglecting the fact that the transplant didn’t take place on earth.

We are the winners, the writers of our own history. We can claim that the sepoys who mutinied did so because the bullets they were ordered to bite were contaminated with pigs’ and cows’ fat - and yet they revolted in the morning and killed their British officers with the same bullets in the afternoon?

Winners are allowed a bit of contradiction. Surely!