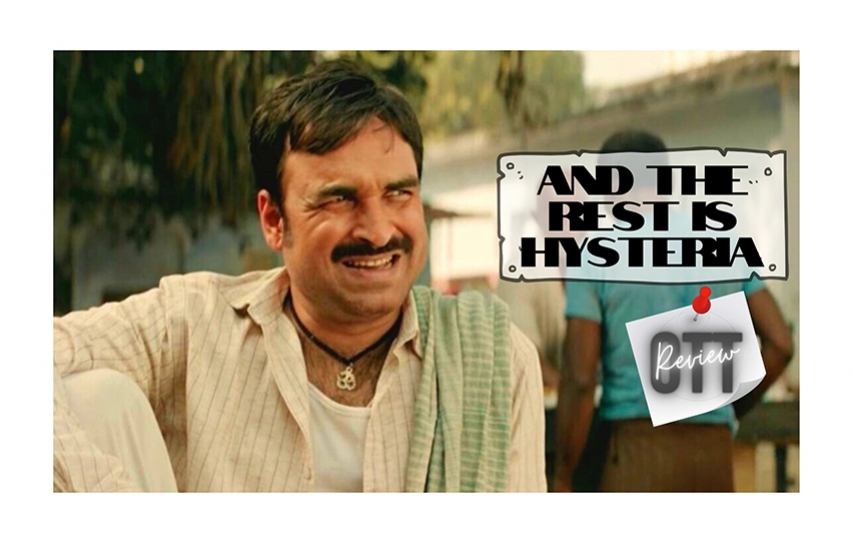 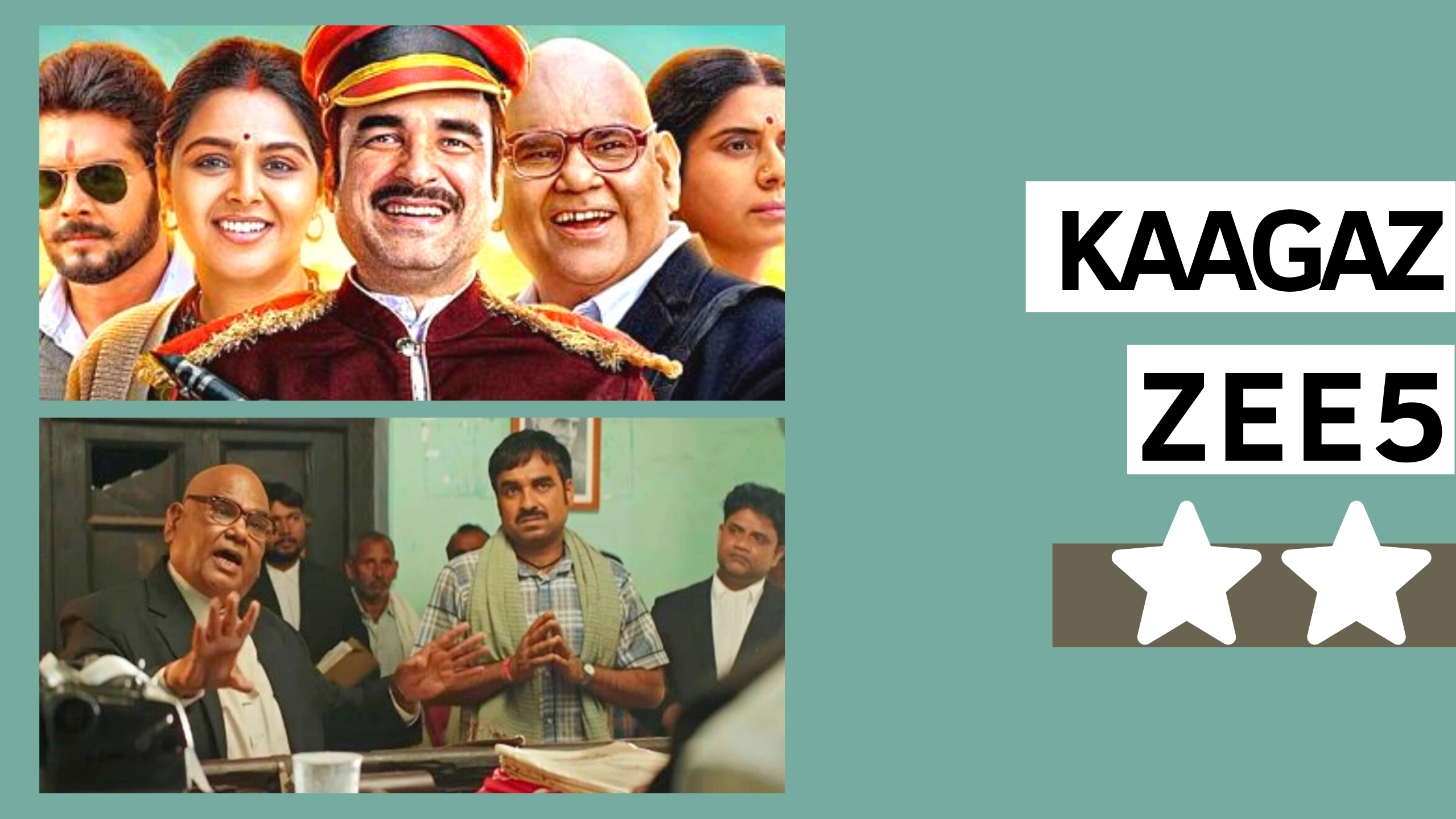 HORN NOT OK PLEASE. Trumpets, bugles, trombones, he can play them all, super expertly. Leader of a wedding band-baaja, he’s quite the music king of a dozey U.P. village where there’s no loot or pillage, circa the mid-1970s. Aha the effect of the draconian Emergency are still to be manifested there, apart for some sniggering references to enforced sterlisations. Quite.

Over then to writer-director-actor Satish Kaushik’s Kaagaz, a biopic on Lal Bihari Mritak who waged a one-battle with the Establishment, which had declared him dead owing to the machinations of his land-grabbing rishtedars. This beastly bunch of family relatives is led by an Aunty who just won’t allow our little common man hero a moment of Shanti.

Okay, on the face of it, here’s a social farcical theme which could have shone a light on the ongoing chicanery of the municipal authorities and more, that to this day and age revel in playing cricket with mounds of paper files, bats and balls. Such gall.

So far, so yippee-do sort of, since Kaushik saab is revealing his social reformist streak. In fact, you’re reminded willy-nilly of the Cuban arthouse classic Death of a Bureaucrat (1966), which also waded through mottled files and the local government’s guiles-‘n’-wiles. Never mind the similarity though, this is no copy-cat stuff. The events are drawn from true-life, and the asli Lal Bihariji is rechristened as Bharat Lal. What’s in name, anyway, no?

At the outset, our dear Bharat Lal (Pankaj Tripathi) is supremely contented with  his micro-wedding-band shop. Stop, occasionally, he does get rattled when a rat creeps in to be trapped in a grotty cage and set free near a lakeside. Cool cool but why does the rat-detester next break into a rant about dogs. He even claims, dogs can turn hostile towards their masters to bite them black-and-blue. Ooooh, PETA won’t be pleased with this allegation. Wow bow.

Be that as it may, the most human aspect of the story happens to be Bharat Lal’s bandmaster skills (he even breaks into cartwheels when he’s joyous). However, once the rigmarole of proving to the world that he’s alive and kicking begins, the music section is placed on silencer. The point is how can a bandwalla forsake his passion, or care a fig about how he will provide ration-paani for his wife (Monal Gajjar) and two-growing up children? Alas, that dilemma goes for a full toss. Cross. Granted this could have transpired in reality but cinematically it’s about as believable as a Rs. 300 currency note. What’s going yawn?

Next, the beleaguered Bihari Lal zips between municipal wards, courtrooms (egged on by a ha-ha-ho-ho lawyer, Satish Kaushikji himself) and conducts a corn-versation with a morose daku-type who’s in the same fix, besides stalking the district politician (Mita Vashishth, wasted in an Expressionless Wonder role). And finally at long last, he rallies a supportive group that, perhaps for their own agenda, invades the chambers of the powers-that-do. Ooh.

Even the Prime Minister, supposedly, can’t ignore the hysterical headlines being sparked by the ‘dead man’ protesting at the top of his vocal chords. Melodrama of the highest order takes over from the narrative, which otherwise required biting humour, control and an undiminished empathy for the victim of bureaucracy.

Sorry to say, but for the last half-an-hour, you want to run away somewhere alone, and blow a bugle on a sad note. Why why? Because this Kaagaz loses any semblance of it sur and saaz. Left high and dry, you sigh the biiiig sigh.

Talking of biiiig, the project has been backed by Salman Khan, whose voice-over comes on, occasionally, like a rare Eid ka Chand. Doesn’t help in enhancing the story-telling however, which half the way resembles a bull gone ballistic in a chinaware shop.

Inevitably, Pankaj Tripathi is the only saving grace - employing his windmill hand movements, defiant body language and a calibrated face as well as voice to convey the angst of a common man caught in an ever-thickening spider’s web. If you are his blind admirer, then do have a look-see.

In that case, just forget about the rudimentary shot takings, set design and above all, the vapid ensemble of supporting characters who mainly look dizzy as if they’ve just stepped off from a village mela’s particularly speeded-up ferris wheel. Squeal.

To be honest, you so want a socially-concerned endeavour with a cause, assembled on a modest budget, to serve as a hard slap on the face of the ever-corrupt babus and apathetic politicians. Alas, Kaagaz merely aims paper darts at its corrupt-to-the-marrow targets.

Then why the two-star rating, you might quiz? Reason: Pankaj Tripathi. Period. 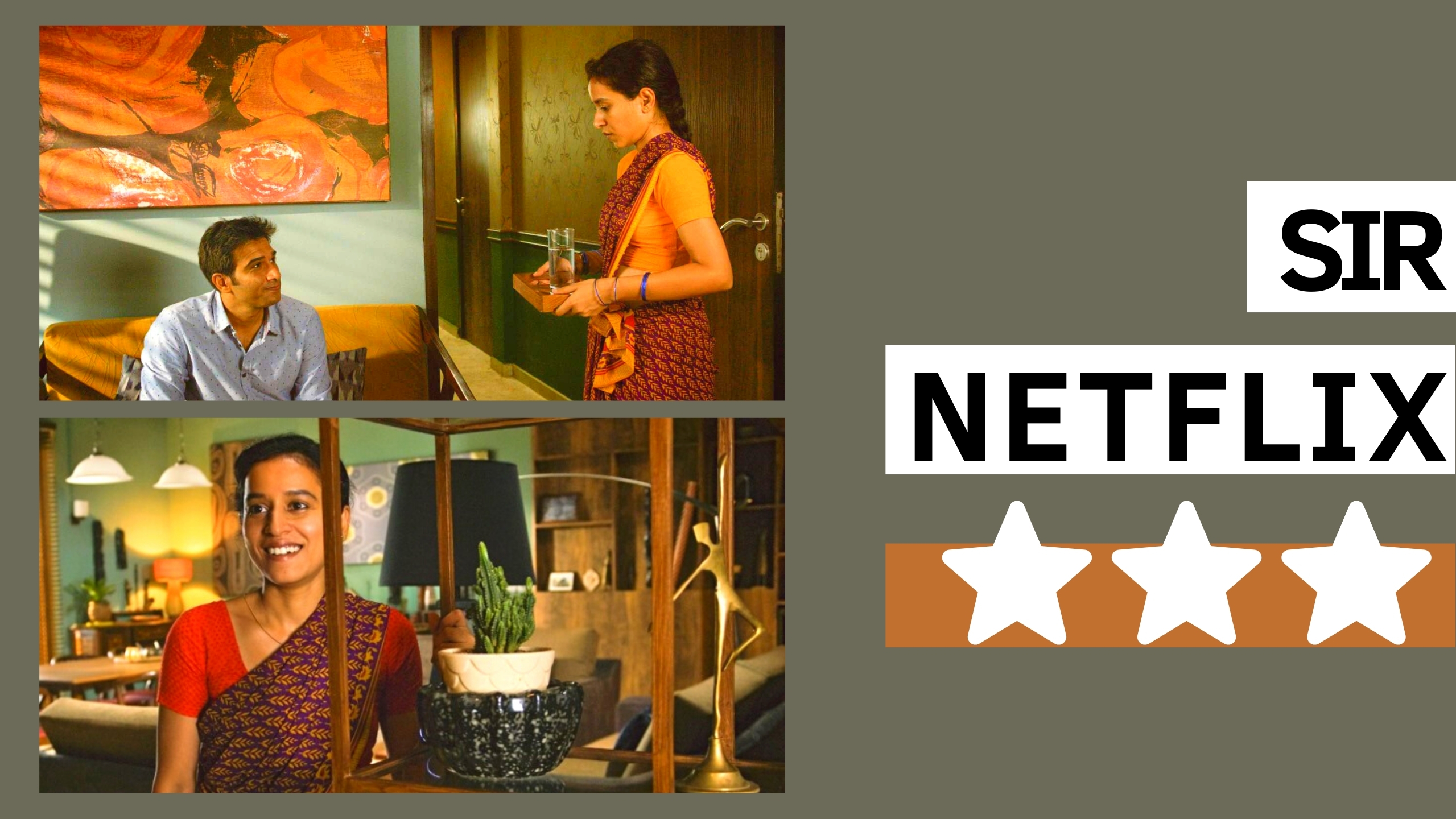 The deep divide between city and rural life, between the have-plenty and the have-nothings, has been quite a trope in cinema. Here writer-director Rohena Gera strives to study whether the twain - a domestic help and her well-heeled employer - can meet. It’s a theme, which has been explored hard-hittingly by Shyam Benegal with Ankur (1974) and more lately by Zoya Akhtar in an episode of the anthology series Lust Stories 2018).

Still, don’t let the déjà vu element prevent you from sampling the marvellously understated Sir, which was premiered at the Critics’s Choice section of the Cannes Film Festival. Throughout, Gera’s approach towards the latent sexual attraction between the master (Vikram Gomber) and his live-in maid (Tillotama Shome) is as tiptoeish as it gets. The obstacles in the way of the unlikely story are, quite naturally, age-old taboos, ordained by the man’s swishy parents, and the two lead protagonists’ self-inflicted boundaries.

Ratna, the domestic help, has been widowed since four years and Ashwin an aspiring writer who’s returned from New York has just broken up with his wayward fiancee. Within the four walls of his high-rise apartment, Ratna and Ashwin strike up a relationship of mutual respect and trust. They exchange gifts, console each other on the little and big crises in their lives but the woman insists on repressing her sexual desires.

Maybe she can realise her dream of becoming a fashion stylist some day, maybe he can return to New York to renew his humdrum existence. The finale, gratifyingly, doesn’t dole out an easy quick-fix answer.

With psychological acuity and sharply-observed vignettes, Gera’s is a wake-up call to shed outmoded social prejudices. The repression of the laws of attraction are depicted sensitively, which is the film’s strength as well as weakness simultaneously. A bolder statement matched with an undercurrent of anger would have made Sir a work to be cherished and remembered forever.

Technically, too, this love story required a swifter tempo and perhaps way more adventurous cinematography. Too many entries and exits out of the frame (the omnipresent ‘fridge does become an irritant) give the effort a touch of  avoidable theatricality.

Still, the two central performances are letter-perfect. Vivek Gomber carries his emotional baggage in such a quiet self-pitying way that he dispenses any sign of machismo. And Tillotama Shome is bankably outstanding. I’ve now become a die-hard fan of her to the extent of craving a selfie with her some day. Here’s hoping she’s seen in the future in more varied and substantial roles, which do her artistry justice. 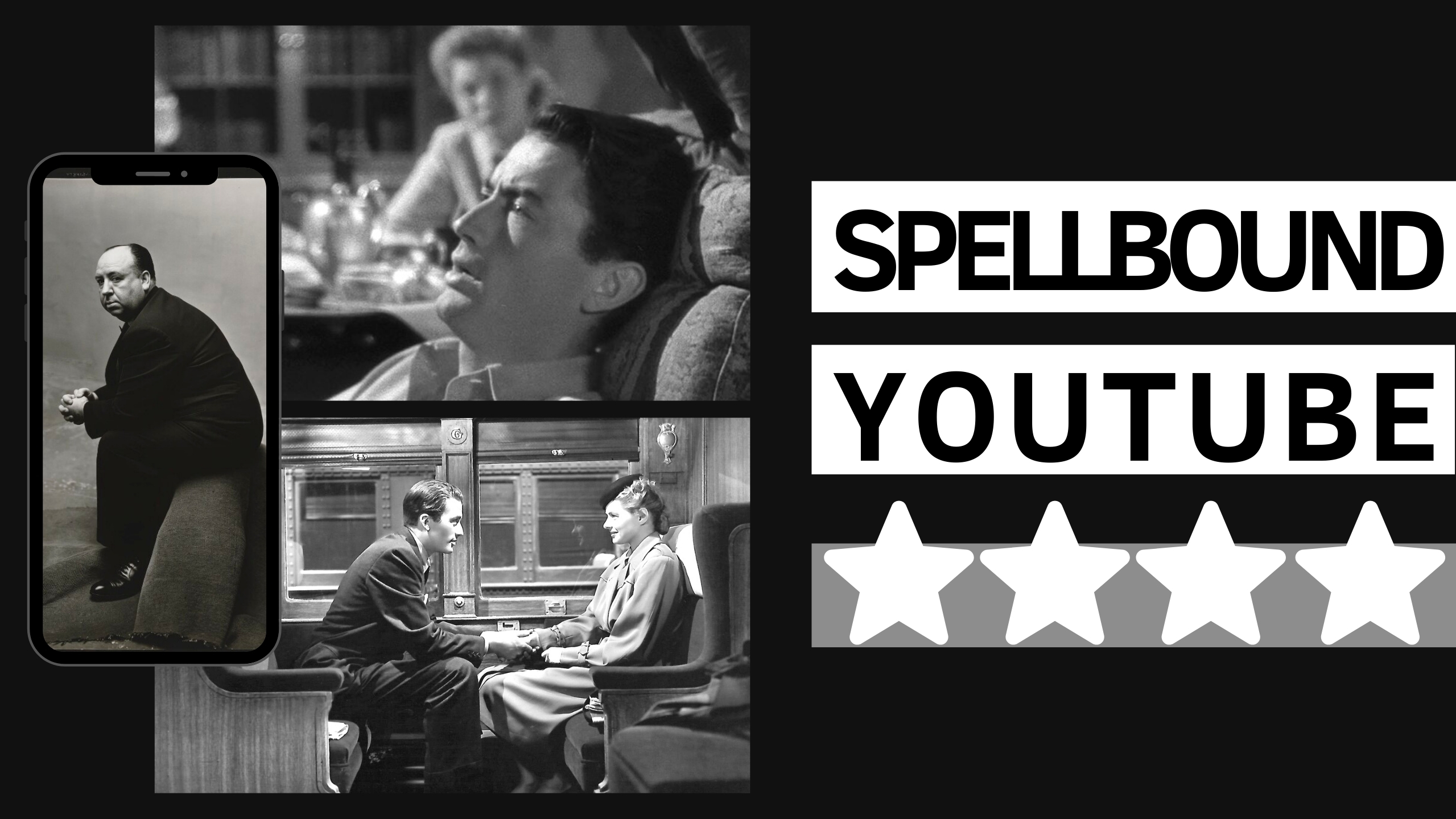 Serious suggestion: When you’re up to you eyeballs with the latest but not always the greatest web series on the prime OTT channels, turn to dear Alfred Hitchock for sheer old gold.

So here’s big-time recommending Spellbound (1945, in glorious black-and-white), a mystery thriller film noir about a newly-appointed chief of a mental asylum who has his own demons of the past to deal with. Truly absorbing and for a super-bonus, the dream sequences have been designed by the master of surrealism Salvador Dali. Add to that, the uber charismatic performances by Gregory Peck and Ingrid Bergman, and you’ll agree that they don’t make movies or stars like these any more.