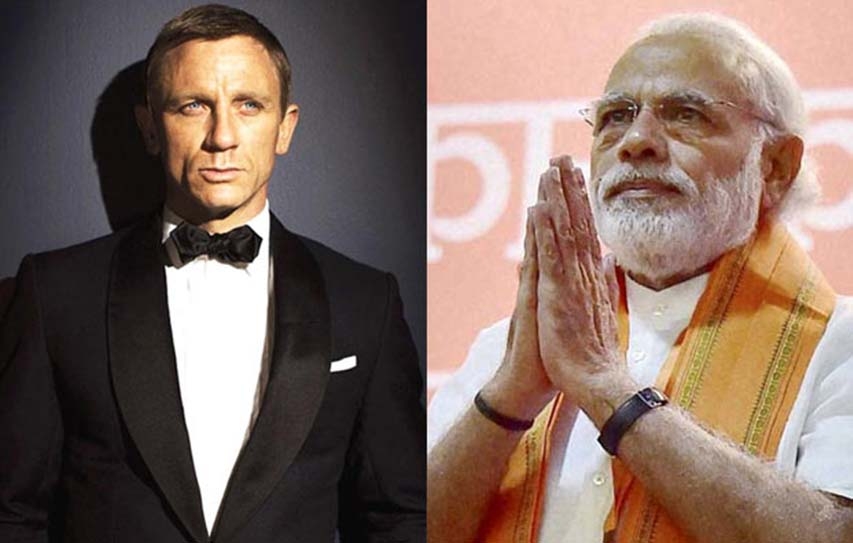 Daniel Craig, if things work out as planned, will be in India next month for a charity football match. The Hollywood star, says a report in Mid-Day, will be the attraction of this football match between B-Town stars and politicians. While the Bollywood brigade is expected to comprise names like Ranbir Kapoor, Abhishek Bachchan, Kartik Aaryan and Arjun Kapoor, the team of politicos will be led by union minister Babul Supriyo. The charity football match will be organised by Italian activist-diplomat Angelo Antonio Toriello's organisation Humanicy. The big-ticket event will take place in New Delhi on June 11, and is expected to have as chief guests UN Secretary General Ban Ki-moon and PM Narendra Modi.