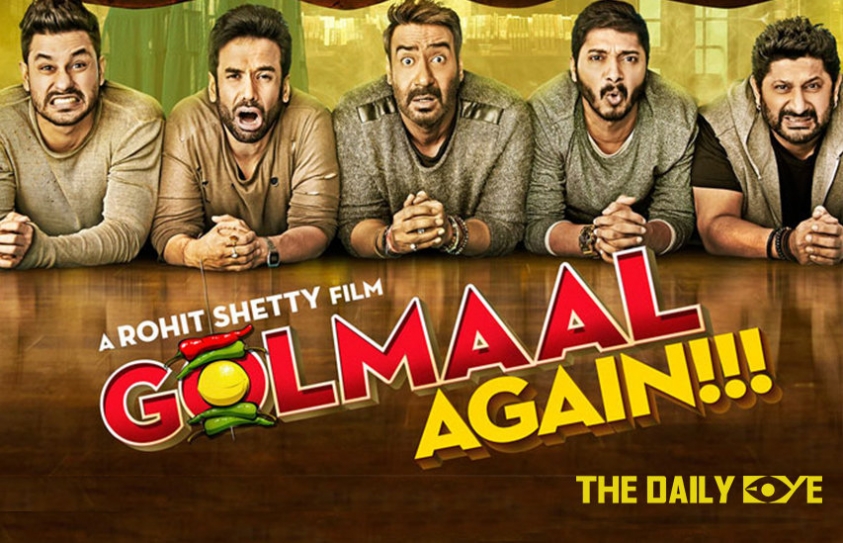 Step into this medley of unadulterated comedy full of vibrant colours and joyful songs. Golmaal Again is the fourth edition to the ever successful Golmaal Franchises. One of the best parts of these movies is a joke in every next sentence, you don't get time to think, to pause, you just laugh. It is exactly what all of us need during a family get together.

You'll discuss this movie long after it's over and still laugh at the jokes. It's a story about 5 friends Gopal - Ajay Devgn, Laxman - Shreyas Talpade, Lucky - Tusshar Kapoor, Madhav - Arshad Warsi and Laxman 2 - Kunal Kohli who meet and grow up at an orphanage eventually leaving it for good. They return to attend the funeral of the owner Jamnadasji, but realize that some notorious builders are after the orphanage and the house adjacent to it which is occupied by dead members as well. These 5 actors have dissolved into the roles so flawlessly over the years that you laugh with them, cry with them and when things go wrong- sympathize with them. Kunal Kohli stood out for me in this movie, which is special because unlike the others his character has the least eccentricities but he has the most presence in every shot. 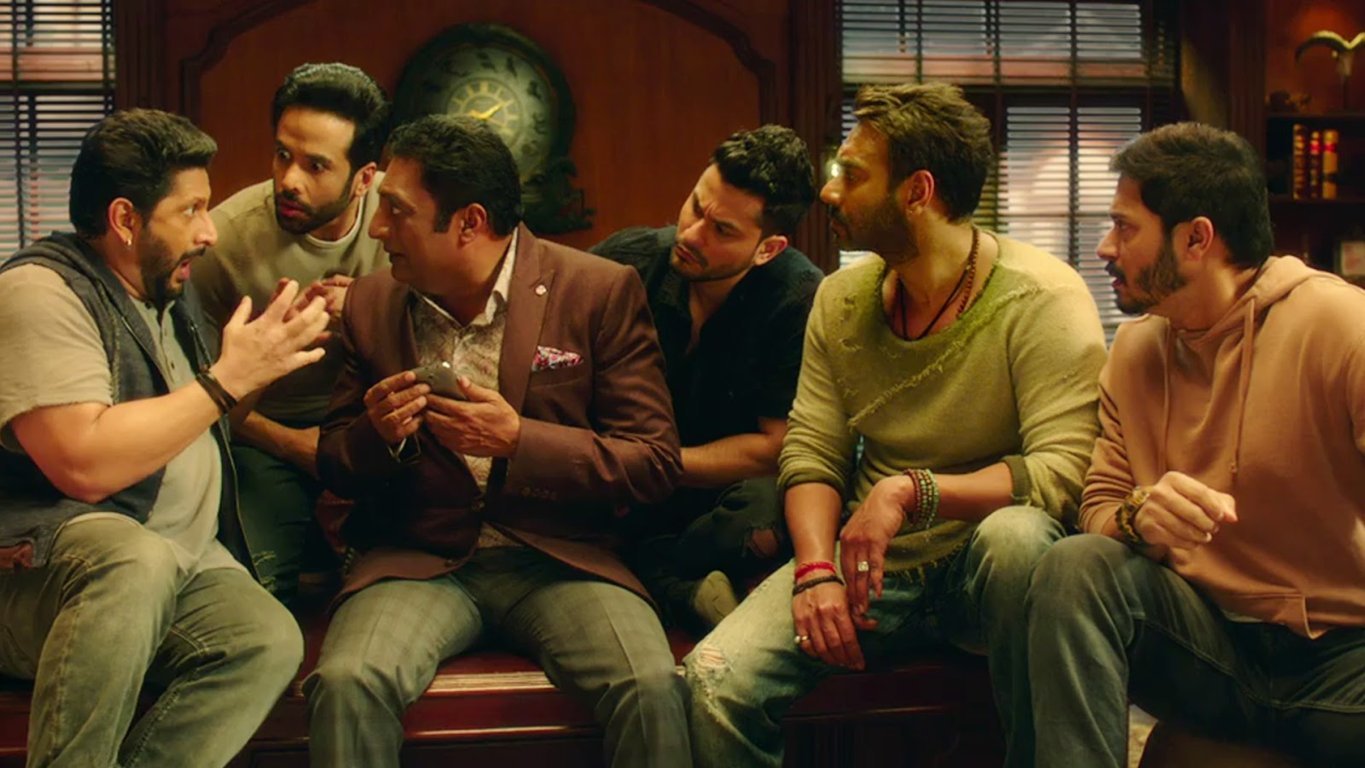 The ghost angle to the story is refreshing and makes you laugh equally at the ridiculous situations. One after the another, characters pop up like you have opened gems, each character playing their role to perfection and leaving us laughing out loud. I personally loved Tabu who gave certain gravity to her character which might have come off as over the top otherwise.

No one has impressed me like Jhonny Lever, his brilliant comic timing, dialogue deliverance, and facial expressions are enough to rope the audience. Prakash Raj is gold. He never fails to deliver and I love how he slips into his character so easily. Though Neil Nitin Mukesh occupied the screen for a short amount of time, he was great!

There are so many elements of the movie which when revealed will take the fun out of it so I won't reveal much. The second half of the movie and the climax for me personally was dull. Shetty's movies have things falling into place at the end and an ordered chaos which is hysterical, this movie's climax seemed forced and mundane.

Do not miss this movie as you will miss the chance to see quirky characters creating magic on screen and making you guffaw at each point.