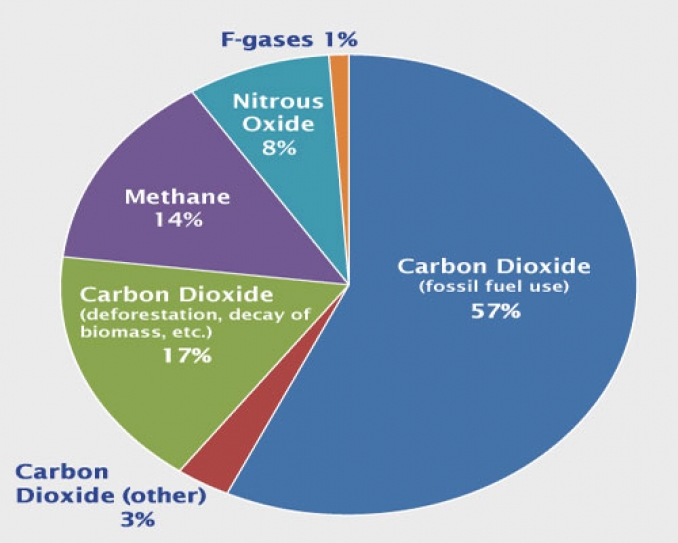 The United Nations says it is “less and less likely” that global greenhouse gas emissions will be low enough by 2020 to stop the atmosphere warming beyond the internationally-agreed safety threshold – 2°C above its pre-industrial level.

A report by the UN Environment Programme says current undertakings by world governments to cut emissions fall short of that goal, and emissions “continue to rise rather than decline”.

The report, The Emissions Gap Report 2013, is the fourth in an annual series. It defines the gap as the difference between the emission levels in 2020 necessary to meet climate targets, and the levels expected that year if countries fulfil their promises to cut greenhouse gases (GHGs).

After 2020, the report says, “the world will have to rely on more difficult, costlier and riskier means of meeting the target… If the gap is not closed or significantly narrowed by 2020, the door to many options to limit temperature increase to 1.5°C at the end of this century will be closed…” [1.5° is the more stringent limit urged by many governments].

The report warns that even if nations meet their current climate pledges, GHG emissions in 2020 are likely to be 8 to 12 gigatonnes of CO2 equivalent (GtCO2e) above the level that would give a likely chance of remaining on the least-cost pathway to the 2°C target.

A gigatonne is a thousand million tonnes. “GtCO2e” is an abbreviation for “gigatonnes of equivalent carbon dioxide”. It is a simplified way to put emissions of various GHGs on a common footing by expressing them in terms of the amount of carbon dioxide that would have the same global warming effect.

Emissions as high as that in seven years’ time would mean a need for much higher rates of emission cuts in the medium term; the building of more carbon-intensive infrastructure, which will not be replaced for decades; and more dependence on unproven technologies such as carbon capture and sequestration (CCS), whose future remains uncertain. Above all, the risk of failing to meet the 2°C target will be greater.

Total global GHG emissions in 2010, the last year for which data are available, were 50.1 GtCO2e. If the world continues under a business-as-usual scenario, which does not include pledges, 2020 emissions are predicted to reach 59 GtCO2e, 1 GtCO2e higher than estimated in last year’s Gap Report.

Further ahead, to be on track to the 2°C target, emissions should be at most 44 GtCO2e by 2020 and 22 GtCO2e by 2050. The benefits could be huge: a separate UNEP report finds that adaptation costs for Africa could reach $350 billion per year by 2070 if the 2°C target is significantly exceeded, while the cost would be $150 billion lower each year if it was met.

UNEP says ambitious and rapid action could still lead to meeting the 2020 goal of 44 GtCO2e. As well as tightening the rules governing how emissions are measured and implemented, it recommends a drive on energy efficiency, renewable energy and reform of fossil fuel subsidies.

It singles out the potential saving from agriculture, which it says accounts for 11% of global direct GHG emissions – and more if indirect emissions are included too.