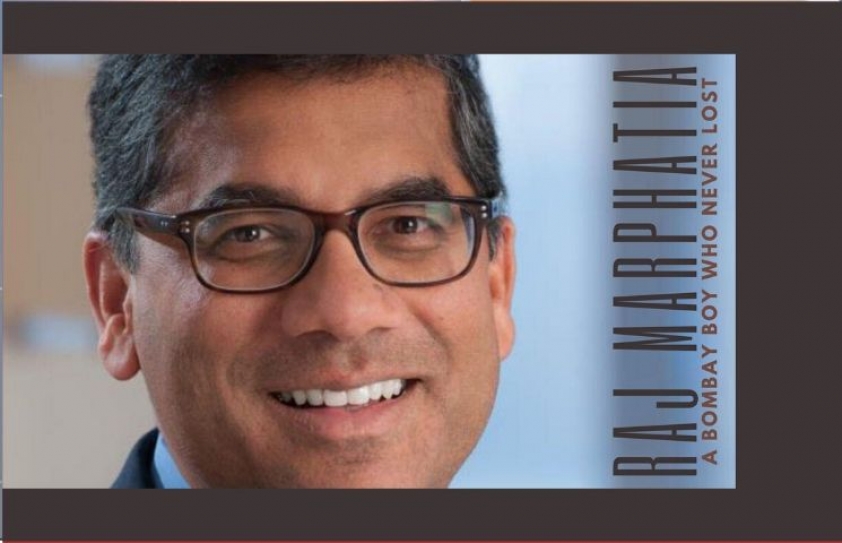 He was the first non-white President of the prestigious Harvard Law Review, writes Dilip D’souza

School sports day, many years ago. Complacently confident about my skills, I had entered the cycle race. When the whistle blew, a dozen or so of us scrawny teenagers rolled off down the track, muscles straining to build speed. Less complacent than I was, certainly hungrier, most of the riders quickly sped ahead of me and were increasing their lead.

Then, to gasps from the stands, Raj Marphatia’s bike seemed to hit something and fell, throwing him from his seat. The rest of us streamed past him, sprawled face down in the mud, some adults already rushing to help him. I wasn’t closing the gap on the leaders but at least, I thought with a teenage callousness that still makes me cringe, I’d beat Raj. At least I’ll beat him at something.

No such luck. Not half a lap from the end, Raj shoots past me. In my memory, his face is streaked with tears, his arms with blood and dirt. But his legs are pumping furiously, there’s a steely determination in his face and one-by-one, he reels in the frontrunners. Not enough to win the race, that day. But he did win something else.

For our class of 1974 at Bombay International School, Raj Marphatia was forever some kind of superkid. With an ease that hid his work ethic even then, he was the best student in every subject, good at nearly every sport he tried, president of our student government – and he wore it all with grace and humility.

None of us were surprised when he won a scholarship to finish high school in a small-town in Iowa in the US, and then went on to Harvard for a degree. He found time to cover sports for the student newspaper, The Harvard Crimson. Previewing an upcoming women’s soccer game, Marphatia had this carefully observed comment: “UMass prefers to play a ball-control type of offense, while Harvard chooses a more open, running game.”

Typical of Raj Marphatia still, a Harvard BA was just for starters, just an appetizer. In the mid-1980s, he was admitted to Harvard Law School. Even there, even in the relentless high-pressured maelstrom of a top-notch law program, he found a way to excel.

He became President of the Harvard Law Review (HLR), the school’s august century-old student-run legal journal. He was the HLR’s first non-white President. Three years later, the HLR had its first African-American President; that man went on to become President of the US.

Marphatia worked for a year with a judge in Puerto Rico and then joined the Boston law firm Ropes and Gray. Over the years, he rose to senior partner, one of their most respected counsels in asset management and mergers and acquisitions. He married Nalini Ambady, a student of psychology at Harvard who rose to eminence in her own field. 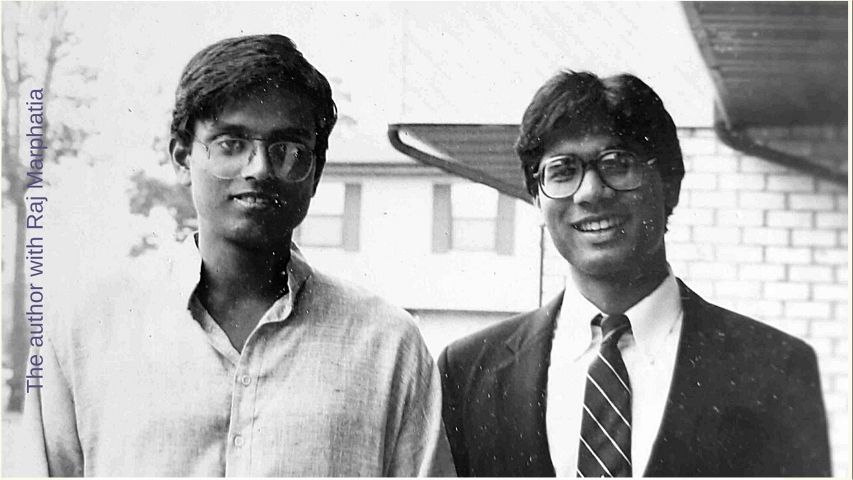 The couple seemed to live a charmed life. But in 2004, with two young daughters now rounding out the family, there came a shadow. Within weeks of each other, both Marphatia and Ambady were diagnosed with cancer. Still, both were treated and had several healthy years. In 2011, Stanford University offered Ambady a research position and the family moved to California.

But Ambady’s leukaemia returned in 2012. After a yearlong battle and a spirited but fruitless campaign to find her a bone-marrow donor, the disease took her in 2013. Marphatia had several more healthy years, until a brain tumor in late 2018. It turned out to be his kidney cancer from 2004, metastasized. He had the tumor removed. But over the next year, this indefatigable disease spread through his body, attacking his lungs, lymph nodes, liver and more.

Through it all, he worked as diligently as ever, saw his daughters through college and into adulthood, found new love and stayed always gracious yet realistic about his battle. But at the end of April, it was clear: whether chemotherapy or cyberknife treatment, immunotherapy or radiation or exotic drugs, nothing had slowed, much less beaten the cancer. Instead, he had lost 20 kg, was weaker every day and had trouble breathing and talking. Seeing the writing on the wall, he stopped all active treatment and opted for home hospice care.

“I’m entering the end game,” he told me on the phone a few days later, his voice just above a whisper. Gracious even then, he asked softly after my family, and how was my mother coping with the lockdown. On my mind suddenly, that long ago cycle race, when not even a fall could deter him. My buddy had fought his cancer with the same grit I saw that day. Some races, I learned from him then and again now, you win even when you don’t.

This article was first published in: https://scroll.in/