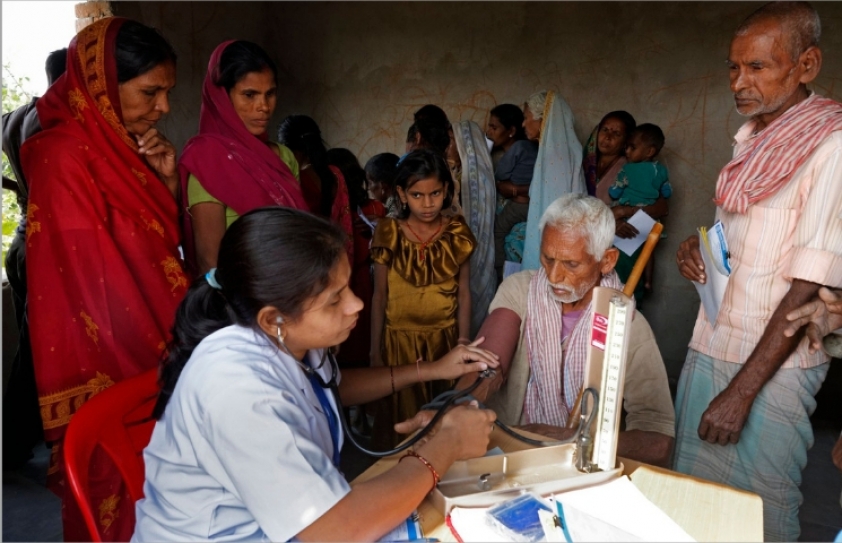 India has shortage of an estimated 600,000 doctors and 2 million nurses, a recent study shows. Scientists say that this lack of staff is preventing patients to get access to life-saving drugs.

According to the report by the Center for Disease Dynamics, Economics & Policy (CDDEP), even when antibiotics are available, patients are often unable to afford them. High out-of-pocket medical costs to the patient are compounded by limited government spending for health services. The Economic Times reports that in India, 65% of health expenditure is out-of-pocket, and such expenditures push some 57 million people into poverty each year.

The most number of the world’s annual 5.7 million antibiotic-treatable deaths occur in low and middle-income countries where the mortality burden for treatable bacterial infections, exceeds the estimated annual 700,000 deaths from antibiotic-resistant infections.

My Medical Mantra spoke to a few doctors to know about the reasons for the shortage of doctors in the country. They expressed their opinions regarding the same. Dr Shivkumar Utture, a member of the Indian Medical Association (IMA) stated, “There is an acute shortage of the medical seats in India. If we want more doctors then we must increase the medical seats in the government medical colleges.” 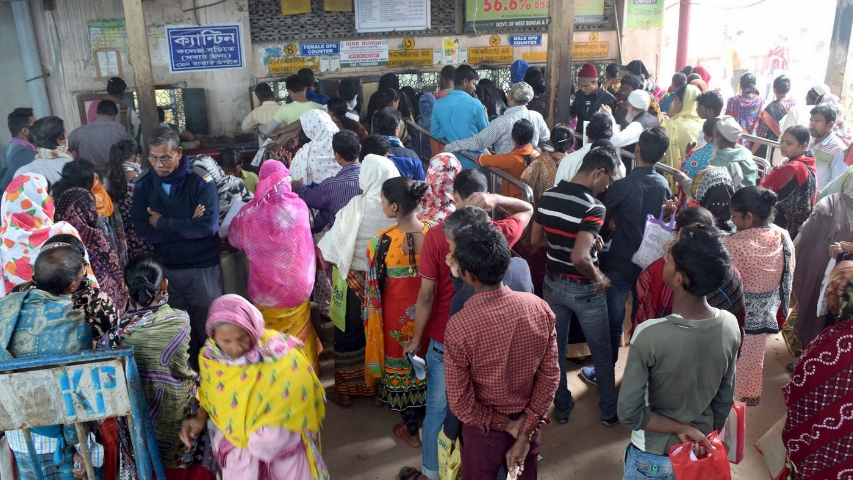 Patients queue up outside a hospital in Kolkata (Getty Images)

He added, “The union government is taking steps to increase the post-graduate seats, but, MBBS seats also should be increased. As compared to the private medical colleges, there are a fewer government colleges in the country. Also, the other important aspect is spending the Health Budget. We have allocated 1.2 per cent of the GDP for the health budget. But, the health budget does not get fully spent. The government should look into this matter.”

While Dr Avinash Supe, Former Director of major BMC-run hospitals in Mumbai, said, “Doctors shortage in India is a big issue, and it has been pending since the past few years. The number of nursing staff is also very less as compared to the patients. There is an urgent need to increase the MBBS seats. The research has not included the Ayurveda and other doctors. There is a disparity in the availability of doctors in the urban and rural area, as most of the doctors want to serve in urban areas. If the government looks at the disparity, then only the rural healthcare will get a boost.”

Researchers at CDDEP in the US conducted various interviews in Uganda, India, and Germany, and literature reviews to identify key access barriers to antibiotics in low-, middle-, and high-income countries. The report showed that, many low- and middle-income countries lack staffs that are properly trained in administering antibiotics. In India, there is one government doctor for every 10,189 people (the World Health Organization (WHO) recommends a ratio of 1:1,000), or a deficit of 600,000 doctors, and the nurse: patient ratio is 1:483, implying a shortage of two million nurses.

“Lack of access to antibiotics kills more people currently than do antibiotic resistance, but we have not had a good handle on why these barriers are created,” said Ramanan Laxminarayan, director at CDDEP. “The findings of the report show that even after the discovery of a new antibiotic, regulatory hurdles and substandard health facilities delay or altogether prevent widespread market entry and drug availability,” Laxminarayan said in a statement.

“Our research shows that of 21 new antibiotics entering markets between 1999 and 2014, less than five were registered in most countries in sub-Saharan Africa. Just the mere existence of an effective antibiotic does not mean that they are available in countries where they are most needed,” said Laxminarayan.

On the whole, the irrational use of antibiotics and poor antimicrobial monitoring lead to treatment failure and triggers the spread of drug resistance which, in turn, narrows the available collection of effective antibiotics. Since the 1960’s, research and development for new antimicrobials, vaccines, and diagnostic tests has slowed down, as profitable investment in these areas are limited by low sales volumes, short duration of treatment, competition with established products and less expensive generics, and the possibility that resistance will rapidly emerge.