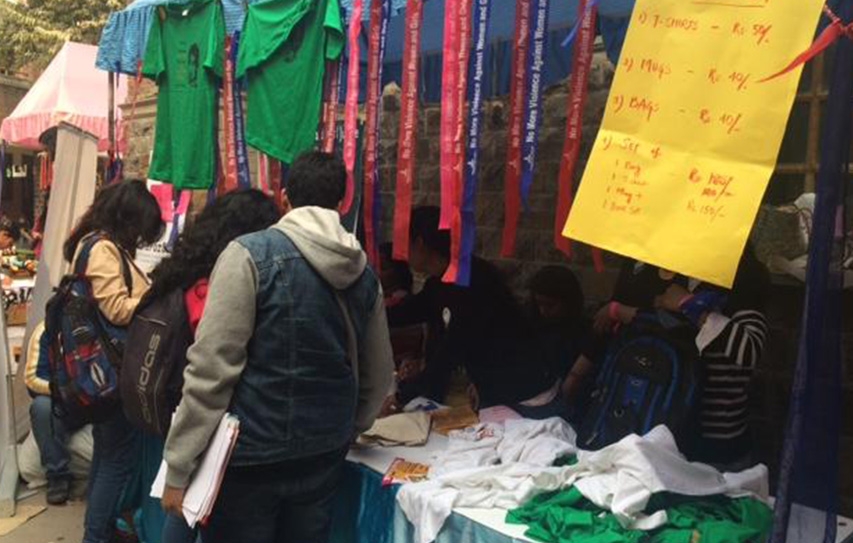 In Pictures: Venus And Mars Rule Together At The Gender Mela

At the 3-day Gender Mela held at Miranda House college organised by MenEngage Delhi and the One Billion Rising Campaign with support from women and community groups was attended by a cross section of young people expressing themselves in different ways.A large turnout of students thronged the colorful stalls put up by organisations that are leading the gender equality campaign in Delhi. Innovative T shirts by MenEngage Delhi particularly struck a chord among the youngsters, ‘This is Raju, Raju thinks mard to dardnahinhota, Raju is wrong, mardkodardbhihotahai, ronabhiaatahai and darrbhilagtahai. Don’t be like Raju’