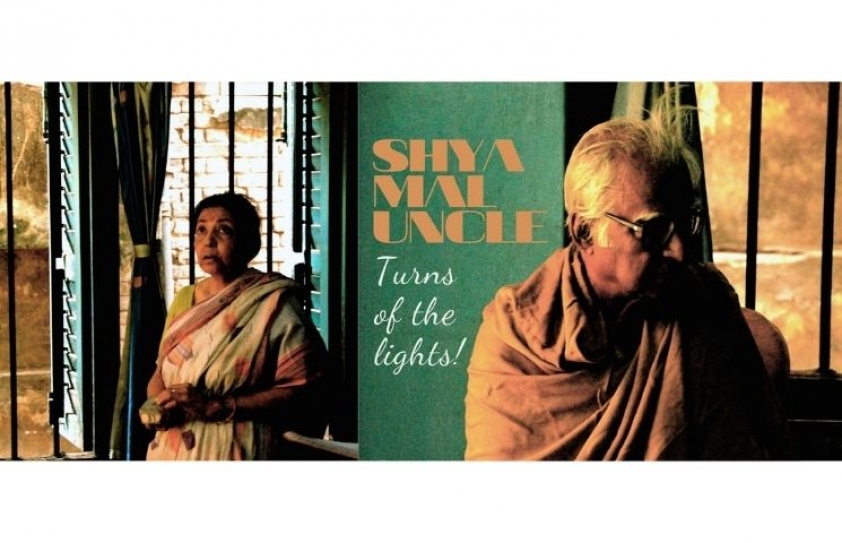 In the first of a new series on standout Bengali films post 2000, Shantanu Ray Chaudhuri looks at Suman Ghosh’s 2013 film.

After the death of Ritwick Ghatak and Satyajit Ray and with the old guard represented by directors like Mrinal Sen, Asit Sen, Tapan Sinha, Ajay Kar, Tarun Majumdar and Aparna Sen, well past their peak, Bengali cinema reached a nadir in the 1980s and 1990s, before Rituparno Ghosh turned the tide with his 1994 film Unishe April, giving good Bengali cinema a new lease of life.

Alo nevanor jonne system overhaul korte hobey? - Do we need a system overhaul just to switch off the street lights, an almost incredulous Shyamal Bhattacharya asks the local councillor in what is probably the most deliciously ironic moment in Suman Ghosh’s little gem of a film, Shyamal Uncle Turns off the Lights. And I use the word ‘little’ only in terms of its running time of 64 minutes. The originality that informs the filmmaker’s portrait of contemporary India in little over an hour is what many of his contemporaries would do well to emulate. 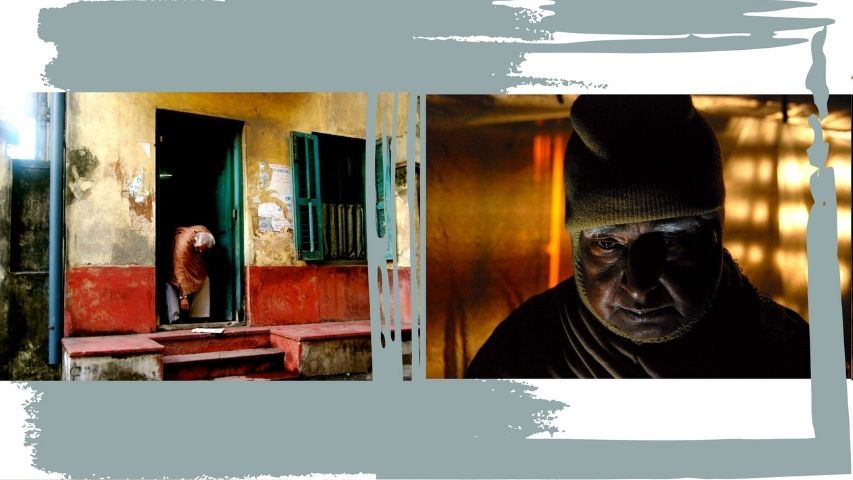 The history of cinema is full of stories of lone rangers fighting unresponsive systems and injustice and emerging victorious - their campaigns a tale of blood, sweat and tears. On the face of it, Shyamal Uncle’s crusade has none of the grandeur of such missions. After all, how many of us would even consider it worthwhile to respond to something like street lights in our localities continuing to remain on even during the day? In the scheme of the big struggles of life, we would dismiss this as something too insignificant. But that is what makes Shyamal Uncle a man of a different mettle. And that is what gives Shyamal Uncle Turns off the Lights verve - the ability to find and comment on the bigger picture through little gestures; as Cahiers Du Cinema said vis-à-vis the film, ‘a true epic is told in the small adventure’.

Inspired by the efforts of Shyamal Bhattacharya (in a tellingly effective decision Suman casts the real-life crusader as his reel-life protagonist), the film tells the story of an 80-year-old retiree who is upset by wastefulness engendered by streetlights in his North Calcutta neighbourhood staying on well after sunrise. Sometime during the course of his travails, he calculates his own electricity expenditure (Rs 550 per month for 3 tube lights and 5 bulbs), extrapolates it, and becomes obsessed with getting the authorities to do something about getting the street lights switched off in time.

Shyamal Uncle literally runs from pillar to post, beginning with a meeting with the local councillor, who offers him bel-er (Aegle marmelos, also called Bengal quince) sharbat as a morning constitutional before proceeding to lecture him on inflation, corruption, India shining, what ails the system and the need to have an Anna Hazare in every lane - all this in response to a request for switching off the neighbourhood street lights! He harangues passers-by, asking them why the lights haven’t been switched off (some of them giving him the look), he discusses the issue with his friends at their nightly adda, he visits the local electricity office and is given the usual bureaucratic merry-go-round from one office to another.

But nothing can deter the resolute old man, not even the almost surreal explanation he gets at one of the board offices - the city’s lamp posts come under the jurisdiction of the ward councillor, while street lights are the responsibility of the maintenance department. And if you think that is bizarre, wait, there’s more: lights and lampposts on the left of the street will be addressed by the office at 63 Block, those on the right at 11 Block! Oh darling yeh hai India. 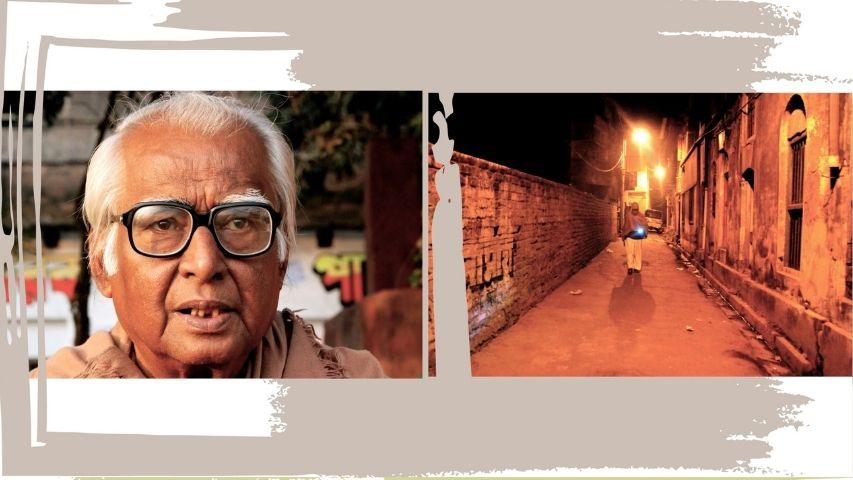 But Suman Ghosh’s film is not just about the crusade. The brilliance of his writing and the evocative images he creates in the service of his narrative are as much about the ordinariness of our daily lives and our efforts to find meaning in that. The film begins with a sequence that’s almost devoid of all dialogue for close to 9 minutes (there’s a brief comment on the morning’s municipal water supply at around the 3-minute mark) as Suman introduces us to the everyday nature of his protagonist’s life - Shyamal Uncle gets up from under his mosquito net, lingers a while at the clothes stand, puts on a series of warm clothes ending with the ubiquitous monkey cap, walks down to the door of his house, picks up the morning newspaper, pausing a bit to ask his wife about the water supply. The director is in no rush to get on with the ‘action’ or even introduce us to what will soon become his protagonist’s raison d’être.

He is content to follow, vérité-style, Shyamal Uncle as he goes about his morning ablutions, then out to fetch milk for the morning cup of tea, stopping briefly at a game of football at the local ground. And what a delightful couple of sequences the director creates out of Shyamal Uncle’s interactions with, first, a shoemaker, and then the milk-seller, as he hems and haws at not finding a 250-ml packet (the concessionaire is firm that a 500-ml packet is the smallest) and ultimately settles for a packet that costs Rs 10 and 50 paise. 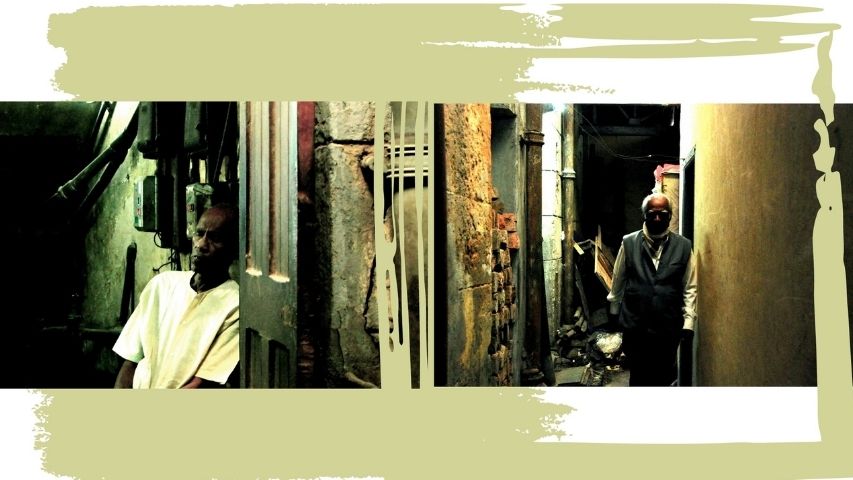 Suman keeps his camera on Shyamal Uncle’s face, and his fingers caressing the container he has carried for the milk, as he seemingly ponders between the prospects of spending the money he has or going without the morning cup of tea. It’s a moment that beautifully encapsulates the little decisions that inform the daily lives of a certain class of people, the quintessential moddhyobitto Bangali (as does Shyamal Uncle’s earlier phone conversation on the price of fish with the person who delivers him his daily quota).

These interactions capture the eminently quotidian nature of Shyamal Uncle’s life, and puts that in relief to the almost Quixotic disposition of his mission. Suman Ghosh’s directorial sensibilities milks this in his exchanges with his wife in a scene where she carries on a conversation all by herself - the need to pay the maid, recharge the mobile - all the time stitching the holes in his monkey cap, while he is lost in his own world, prompting her to exasperatedly comment on the futility of worrying about streetlights when the light of his life could well be extinguished any day.

But by far the high point of these delectable asides comes in the course of his adda with a group of friends. Ranjan Palit’s camera captures a typical North Calcutta bylane lit up in the almost sorrowful pale-yellow glow of the street light, while friends discuss everything from the correlation between ageing and feeling cold (and the class question that applies to this!) to the state of the nation (‘How are the lights working?’ ‘How is the city running?’) to Parkinson’s Law as it applies to the Indian bureaucracy. And of course the delightful observation on how crows have the ‘executive look’ - a brilliant comment on the chicanery of the executive class (‘like crows they too are forever on the lookout for the next meal opportunity!). 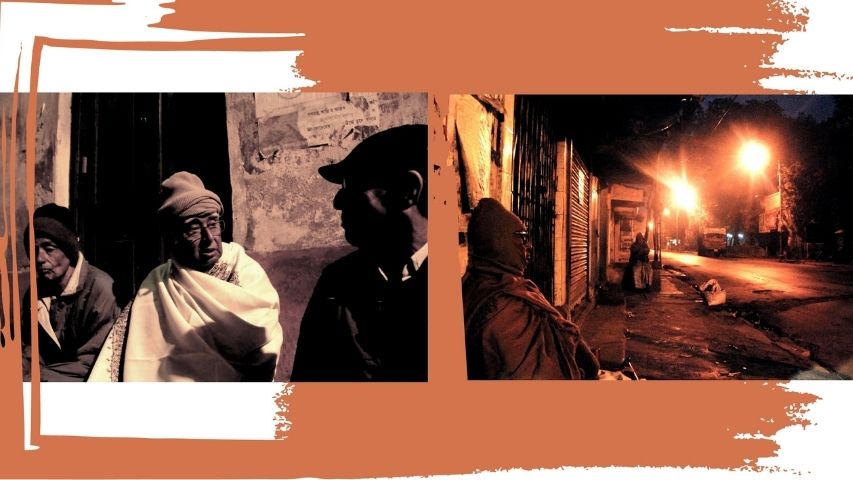 The everydayness of its protagonist and these exchanges elevate the film from just a mundane and heroic fight against the system that is the staple of many a film. And not once does the filmmaker lose the understated tone that informs every aspect of the film. There is no grandstanding here, so much so that the climactic little ‘dance’ Shyamal Uncle engages in was termed, by Cahiers du Cinema, ‘one of the most beautiful happy endings we have ever seen’. It helps that Shyamal Bhattacharya never seems to put on an act ever - and the ‘performance’, if it can be called that given that he is playing himself, is one of the film’s highlights. He literally lives the role.

A final word on cinematography. Ranjan Palit’s camera captures the sights and sounds of the city like few films have done (Suman Ghosh would do it again with his latest offering, Searching for Happiness). Consider the sequence where Shyamal Uncle has a conversation with a neighbour across the street from the small verandah - and the way the camera holds on to the street criss-crossed with electricity wires bifurcating the two tenements. Or crows flying off a parapet. Smoke emanating from coke fires so typical of Kolkata in the winters. Or the way the winter mist hangs over the city in the morning or drapes the yellow street lights at night. The filmmaker and cinematographer know the value of holding on to these vignettes so that the city lanes become as much a part of this unforgettable narrative. This is truly a film to savour.

Directed and written by Suman Ghosh, the film’s cinematographer is Ranjan Palit and it is produced by Arindam Ghosh.