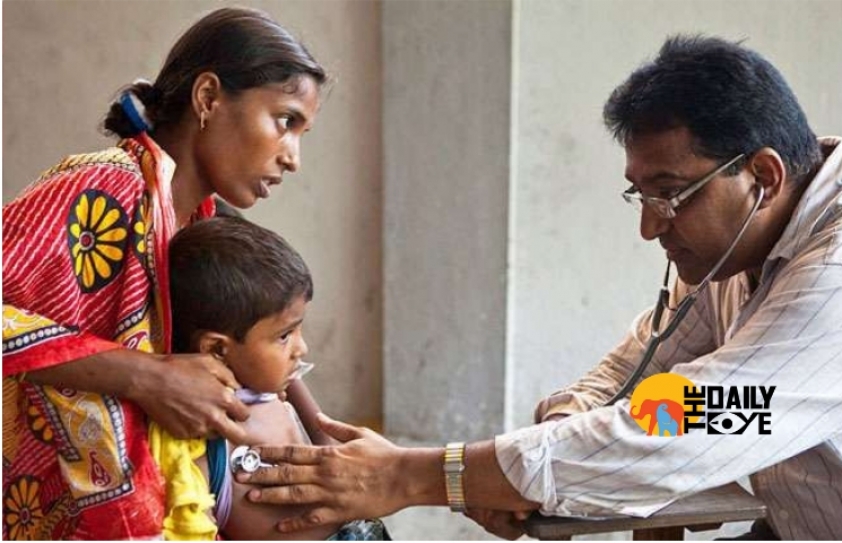 The Budget Allocation for Health in India

The public health sector in India depends on the yearly budget enforced by the Government. The growing anticipation of the 2019 budget forces us to look back on the previous years to understand the amount of focus the health sector receives.

On looking back to the 2018-19 budgets, there is a rise of 13% compared to the earlier one. The Finance Minister Arun Jaitley declared the globe’s largest national health insurance program as part of this budget. The finance minister in a speech also said that they were combining the erstwhile Rashtriya Swasthya Bima Yojana (RSBY), Karunya Scheme and other schemes under the health department. The government announced an expanded version of the health insurance scheme - “The present Rashtriya Swasthya Bima Yojana (RSBY) provide annual coverage of only Rs 30,000 to poor families. Several state governments have also implemented/supplemented health protection schemes providing varying coverage. We will launch a flagship National Health Protection Scheme to cover over 10 crore poor and vulnerable families (approximately 50 crore beneficiaries) providing coverage upto 5 lakh rupees per family per year for secondary and tertiary care hospitalisation”. 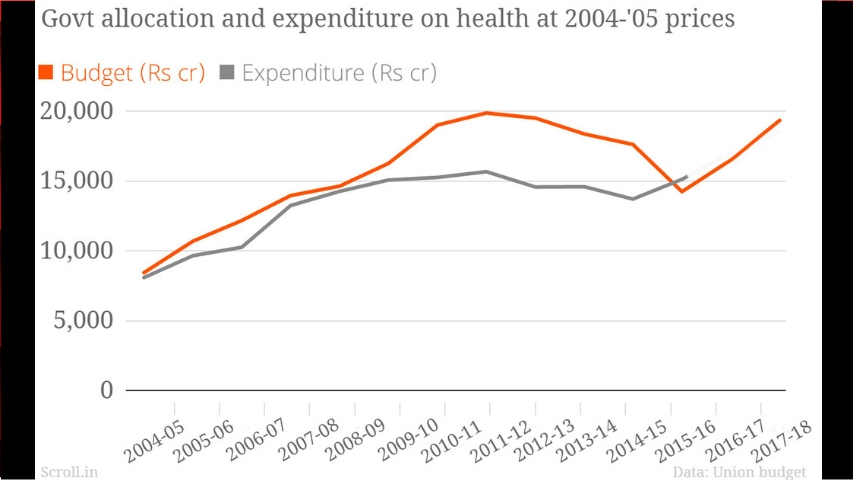 Some other schemes included:

* The budget sanctioned scholarships for about 1,000 doctorate engineering students at the IIT and IIS. Construction of 18.8 million toilets across the country was announced to be completed by 2019.

* The 2018 budget focused on various allegations towards public health. There was a 2.1% decrease in the allocation towards the national health mission, which is the country’s largest primary health infrastructure program.

* Arun Jaitley said the cess on education and health payable by the taxpayers will rise to 4 percent from 3 percent. “This will enable us to collect an estimated additional amount of 11,000 crores” he said, presenting the bill in the Lok Sabha.

* A new national health insurance scheme was introduced which came as the world’s largest one covering 100 million households for Rs 5,00,000 per year per family. This scheme covered 30,000 more individuals than the one that preceded it.

* There was a 2.1% decline in the allocation towards National Health Mission, a National Health Program that provides the primary healthcare infrastructure by sliding from Rs 31,292 crores.

* The budget for the National Nutrition Mission that addresses under-nutrition, anaemia and stunting increased by three times from Rs 950 crores in the 2017-18 budgets to Rs 3,000 crores in the 2018-19 budgets.

Other kinds of schemes included the providing of Rs 600 crores for nutritional support to all the tuberculosis patients registered with the primary health centres. This scheme is said to spend Rs 500 per month per patient for 10 months over the full duration of the treatment provided. Rs 1,200 crores went for the National Health Policy, to support more than 150,000 health and wellness centres. This allotment aimed at combating the rising tide of non-communicable diseases like diabetes and other cardiovascular ailments.

Arun Jaitley said, “The Ayushman Bharat will build a New India 2022 and ensure enhanced productivity, well-being and avert wage loss and impoverishment. These schemes will also generate lakhs of jobs, particularly for women.” He added, “The government will also set up 24 new medical colleges and hospitals and upgrade existing district hospitals in the country.”

“Though budget allocation for health sector has increased, the promise 5% to 6% of the GDP on health has not happened. The fund allocation on health is definitely not enough,” said Dr N Sulphi, state secretary of Indian Medical Association.

Similarly there are equal drawbacks if we focus on other departments. Though the budget makes provisions for more doctors in the government hospitals, Dr Joseph Chacko, president of Kerala Government Medical Officers Association’s (KGMOA) said they should be appointed so as to strengthen the existing facilities in health centres, especially since OP timings have been extended. Hussain Koya Thangal, secretary of Kerala Private Hospitals Association said that it is so easy to announce such schemes but the implementation is the problem as the rates are often decided without consulting the healthcare providers.