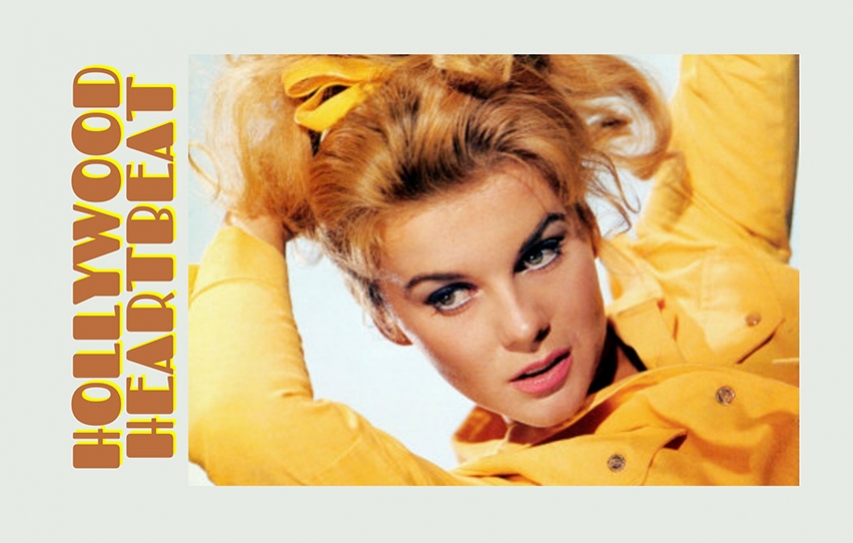 Was it puppy love or a magnificent obsession? Khalid Mohamed writes of his dream women of yesteryear’s Hollywood.

Eat your hearts out Millennials - that’s if you, like me, are hung up on movie stars and anoint a particular hero or heroine or character actor as your favourite.

Oftentimes, it’s been brooding time during the unflattable COVID-19 pandemic. And maybe, just maybe, I scroll via Internet, indulge in re-dekkos the oldie goldie DVDs and flip through an assortment of magazine photographs (Photoplay and Screen Stories especially), to remind myself that the Middennials (which I use as a term for those who grew up in the mid-1950s), had lucked out on our personal little adulations for the charismatic screen artistes that were. If I may dare say, they were infinitely superior to the Hollywood talents of the right here and right now, be it Angelina Jolie or Scarlett Johansson.

And I’m talking here strictly about my fascination for the Hollywood actresses of a bygone era whom I would develop a crush on, and a lasting crush it has been. A convent school student would be discouraged from seeing the Bollywood formula flicks, unless they were ‘sensible’, while Hollywood products would be sanctioned, without reservation, by the family elders.

The first English language film I ever saw was the Jerry Lewis comedy Rock-a-Bye Baby (1958), at the Regal cinema, in the company of a friend and his British mother. And I was hooked by the funster’s co-star Connie Stevens, a squeaky-clean blonde, who in my impressionable eyes could never do wrong. As I was to discover neither could her arch-competitors Doris Day and  Debbie Reynolds.

On the other end of the spectrum, there was the tragedy-bound Marilyn Monroe, whose photographs were all one could access, her films always being out of bounds since they were certified for “adults only”. 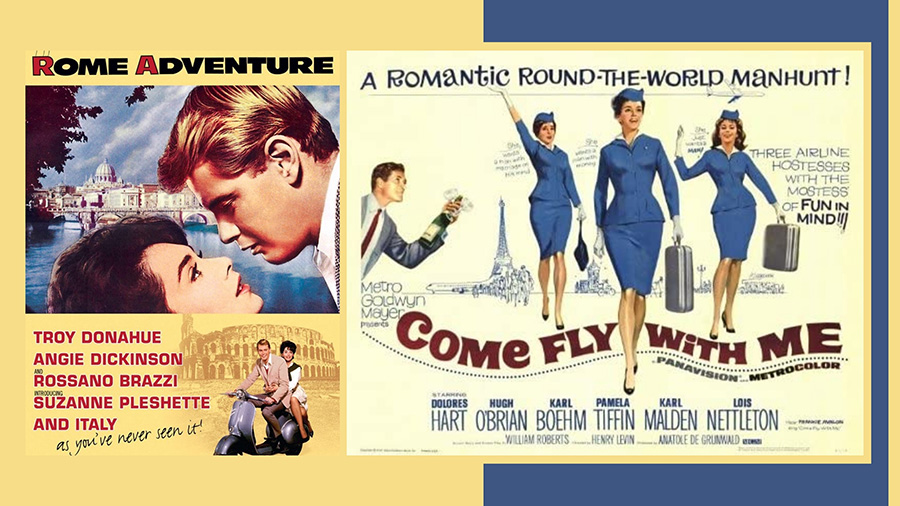 And Audrey Hepburn just had to debut in Roman Holiday and she became the surrogate princess in my life forever. Grace Kelly was sheer class, Elizabeth Taylor was feisty, hitting back at subjugation by males, and Lauren Bacall, quite the equal to the laconic Humphrey Bogart.

Sneakily watching Hindi films too, Hollywood would be a hedonistic weekend pleasure. Madhubala, Meena Kumari and Nutan were my favourites in the local sphere, though I’ve never quite grasped the meaning of ‘favourite’, too gratuitiously applied then as well as now. How many favourites can you possibly hold on to for a lifetime?

So, why am I writing about my Hollywood divas decades later, you might ask. No specific reason except that they have always lingered on in my heart and mind. Growing up wouldn’t have generated the same amount of joy for me without them, and as I advance on in years. Still, what on earth was I doing, falling crazily in love, when I didn’t know what it meant, with those far-off, never-attainable faces. I don’t use the word ‘beauties’ since that’s only an iota of their personalities.

The movie industry, at its very root, is an industry of desire. And, whether you agree with me or not, permit me to say in building a star personality the film industry anywhere has to perfect the device of stereotyping. A star system is based on the premise that  stars are accepted by the public in terms of certain identifying marks which permeate all their film roles. The most successful stars have been those whose appeal can be catalogued into a series of particular traits, associations and mannerisms. The next-door-girl, the femme fatale, the beyond-mysterious, are just some of the compartments in which they would travel.

A friend chortled, “What? Were these Hollywood women your wet dreams?” Gross. Nothing of the sort, they aroused adulation and respect, and still do despite the passage of the fast-rolling decades. None of those cited below ever won Oscars, some of them were even marginalised prematurely.

Here’s looking back in affection, at the five women of my desire (in no particular order), recalled from the years when I couldn’t tell the difference between fledgling love and distant dreams. 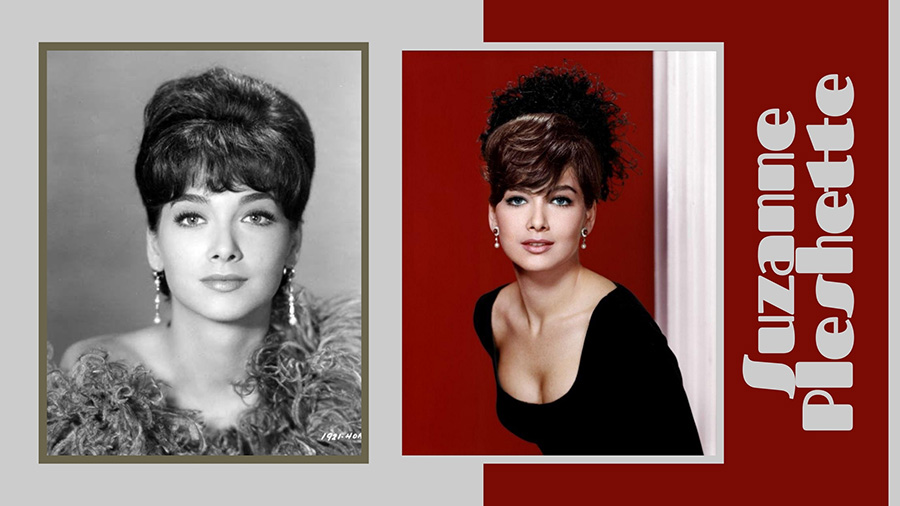 The husky-voiced brunette became an instant sensation on the school campus when the mushily romantic Lovers Must Learn, alternatively titled Rome Adventure (1962), was premiered at Mumbai’s Liberty cinema.

Extra morning shows had to be programmed to contain the rush.

Against the backdrop of gorgeous Mediterranean locations, Suzanne Pleshette had to choose between a young, Lambretta driving, Adonis (Troy Donahue) and a much older, suave Italian count (Rosanno Brazzi).

The theme song Al Di La was warbled at high pitch by the senior school boys; the juniors like me had to hope that we would grow up fast and experience the rhapsodic drama - at a re-run, which we did. We had been told the film was crammed with liplock kisses, a taboo in those days. Sure there were those embraces and passion at full blast. Yet it was Ms Pleshette that sent us re-runners into a swoon, a woman who was almost always presented as an upright woman, unaware about her drop-dead gorgeous looks.

She passed away at the age of 70 in 2008. Some of her other remarkable appearances were in The Birds, Youngblood Hawke, Blackbeard’s Ghost, Nevada Smith, If It’s Tuesday, This Must Be Belgium. 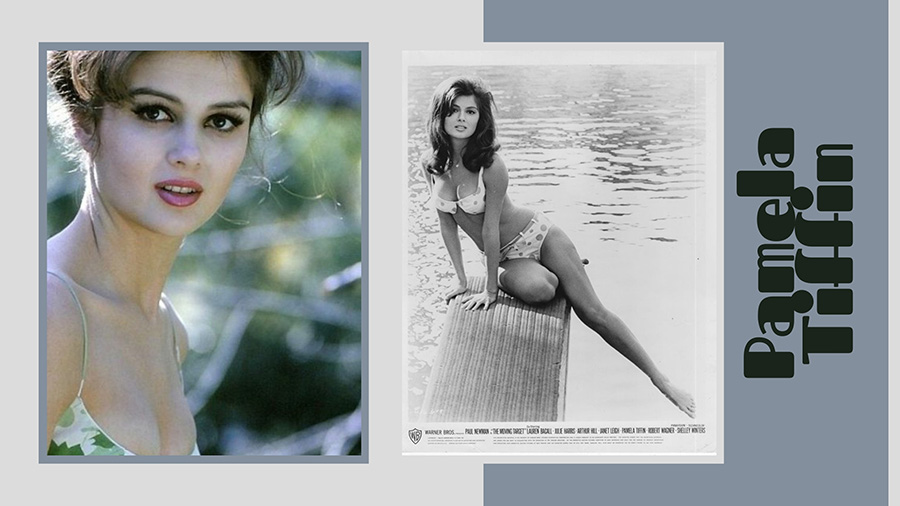 As sweet as apple-pie, she shocked me when she cavorted in a teeny-weeny swimsuit to gain the attention of Paul Newman in Harper  (1963). No matter, she looked sexy; no vulgar bump-and-grind there. She never reached the top rung in the pantheon of heroines, although the master director Billy Wilder had lauded her as “the best newcomer since Audrey Hepburn” when he cast her in One, Two Three (1961). Her angelic, girl-woman face was her fortune, best epitomised as an airhostess in Come, Fly With Me (1963). Aah Ms Tiffin, just to say that name was a delight.

At the age of 77, she leads a retired life now. Some of her other above-the-cut appearances were in Summer and Smoke, The Lively Set and The Pleasure Seekers. 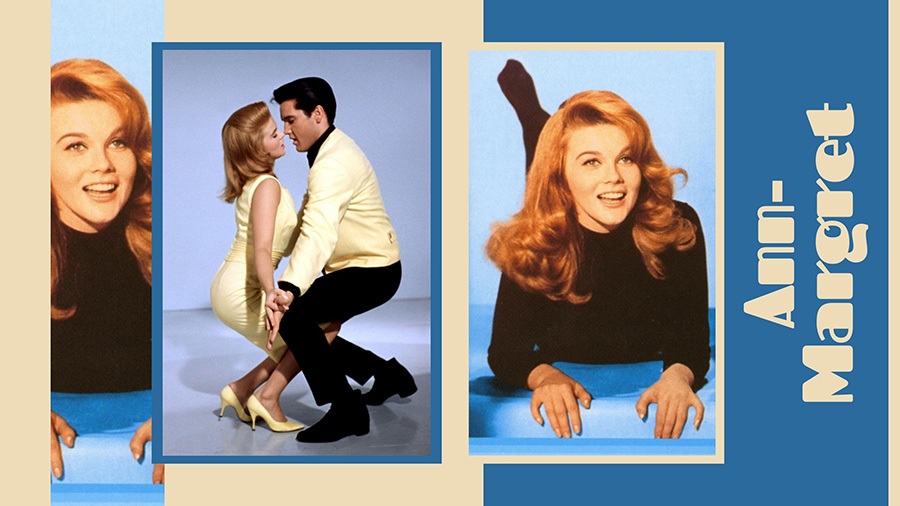 Red-haired, slim and seductive, she was the ultimate mover-‘n’-shaker. Proof: her shimmy with Elvis Presley to the title song of Viva Las Vegas (1964).

She was a brunette but studio heads thought dyeing her hair red was a brilliant  idea - so she could compete with Lucille Ball. Don’t know whether that was right or wrong, but she had the swag from the very start with the musical Bye Bye Birdie (1963), in which her vibrant contralto voice was used to terrific advantage.

Life magazine rightaway featured her on the cover, raving, that her “torrid dancing almost replaces the central heating system in the theatre.” Although she did receive the token Best Supporting Actress nod for Mike Nichols’ Carnal Knowledge(1971), co-starring Jack Nicholson, the statuesque A-M was essentially used to switch on the glamour quotient. And yes whatever she did - overly dramatic or generated good vibes, I couldn’t take my eyes off her. Just watch her match moves on YouTube with Presley in Viva Las Vegas (1964), and you’ll know what I mean.

Seventy-nine today, she was last seen two years ago in a couple of episodes of the TV show The Kominsky Method, in the company of Michael Douglas and Alan Arkin.

Some of her other wow performances were in A Pocketful of Miracles, Once A Thief, The Cincinnati Kid, Tommy, Grumpy Old Men and Grumpier Old Men. 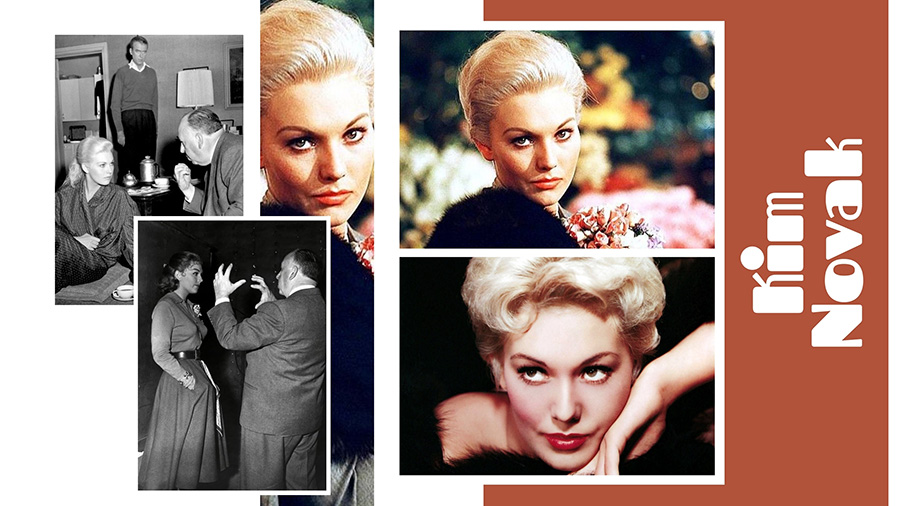 Alfred Hitchock’s Vertigo (1958), immortalised her forever as the Woman of Mystique. Kim Novak was originally signed to play the part of a woman who hangs out at art galleries and has a deep and dark secret buried up her designer sleeve. Hitchcock and she would argue constantly – about a pay hike, his choice of her wardrobe and changes in dialogue. Mercifully, she gave in and the outcome is unarguably her career-best - ethereal and enigmatic.

Born to parents of Czech descent, in Chicago, quite presciently she was crowned Miss Deepfreeze in a beauty pageant hosted by a refrigerator company. That glacial image trailed her forever.

At 89 today, she has taken to painting and visual design. Among her curiously haunting performances, do count Picnic, The Man with the Golden Arm, Pal Joey, Bell, Book and Candle, Of Human Bondage, Boys’ Night Out and The Mirror Crack’d. 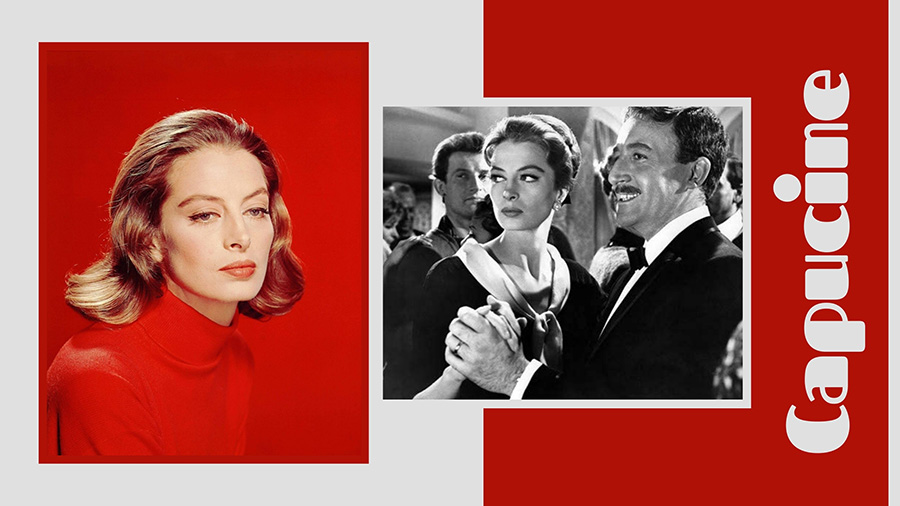 She of the high cheek bones, ever so serious in her demeanour, was a riot of laughs oddly enough in The Pink Panther (1963), and its sequels, as the wife of Peter Sellers, the quintessential bumbling detective. She connected with both the kids and the adults, but her career was pocked with so many downers that she couldn’t sustain a Hollywood career.

In her teens as a French fashion model for Givenchy and Dior, she was spotted by a talent scout at a New York show, and had made news by telling reporters, “Everytime I’ll face the movie camera, I will think of it as an attractive man.”

She faded from the scene on being disenchanted with Hollywood and lived in an apartment in Lausanne Switzerland, with three cats. In 1990, at the age of 60, she committed suicide, by leaping off a balcony, since she had suffered since years from chronic depression.

Among her entrancing performances, there were Rio Bravo, Song Without End, What’s New Pussycat and the first take on Ian Fleming’s Casino Royale.

That’s the story, then, of Hollywood, some of its unsung heroines, of their ascent and then the walk on the lonesome Sunset Boulevard.