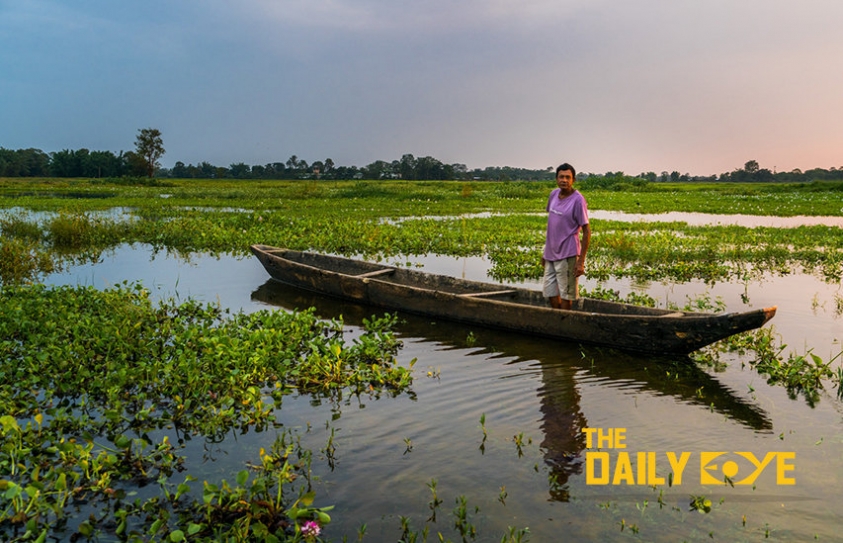 Wetland in Assam under Jeopardy

Wetlands in Assam are repositories of diversity, ecology and livelihood support system of the local people. Located about 30 kms from Upper Assam’s Tinsukia district, the Maguri Motapung Beel is one of the large wetlands of the State with an area of 1,000 hectares. Lakhs of migratory birds come to the wetlands every year making it one of the most loved destinations for the birdwatchers from across the world. With a rich diversity of fish and exotic wildlife, this should be a perfect recipe for a successful tourism spot.

Now, this beautiful wetland is under threat. The crisis started five years ago after an oil company initiated a project to set up a pipeline over the wetland. Although the locals have opposed the move of the oil company and urged the company to divert the pipeline to save the rich biodiversity of the wetland, it seems their requests have fallen in deaf ears.

Then what first started as a healthy tourism spot led to depletion of its health due to overfishing and the Himalayas sending silt and floods leading to land erosion. 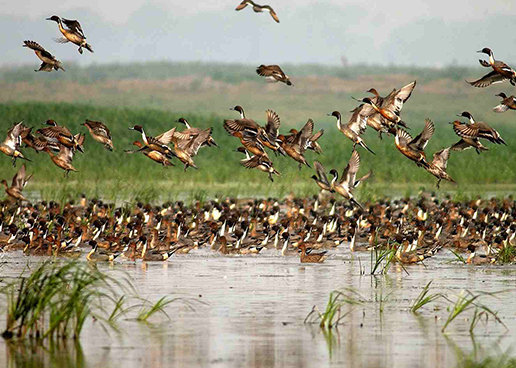 Almost 90% of the 9.6 square kilometre wetland, is water and aquatic vegetation. During non-monsoon months, people from the surrounding areas till the land that becomes available after the water drains out. Up to 95% of the approximately 10,500 people from the 10 surrounding villages are directly dependent on the wetland.

If the wetland is in trouble, so are the people dependent on it. The change has been observed over the years. Joynal Abedin, a resident of Guijaan village nearby, set up the Dibru Saikhowa Conservation Society in 2008. He recalls the time when people would take part in illegal timber felling as well as hunting birds and animals. Abedin, the pioneer of eco-tourism in the area is now the owner of an eco-resort by the Dangori river. He has helped local youth become tourist guides and facilitated boat rides for tourists – the earnings of which goes to local boatmen. Over the last 10 years, this concept has now spread from Guijaan to villages around the Beel, including Baghjaan, Hatibat, Natan, Gotton Charali and Purani Motapung.

Then there's climate change. Climate change is now adding to the loss of habitat for all the wetlands that the state houses.  In a survey carried out in 2015 by Nature’s Foster, a local NGO, it was found that many Asian waterfowls are now on the brink of danger due to degradation of wetlands. No existence could be found of more than 20 wetlands in western Assam in the survey either due to climate change impacts or conversion of these wetlands for other activities. Siltation is another major cause of the loss of wetlands. Due to heavy siltation, many wetlands are now turning into a woodland.

The Assam State Action Plan on Climate Change, quoting state-level data for 1951 to 2010, noted that “the mean temperature in the state has increased by +0.010 C/year. There is also an increase in seasonal temperatures across seasons with pronounced warming in post-monsoon and winter temperatures. The annual rainfall has also decreased by 2.96 mm/year during the same period.” The loss of water as the wetland dries out due to these effects endangers all life, but particularly the fish in the area.

If precautions are not taken, what could have been an exquisite wetland for tourism might turn into a swamp soon.