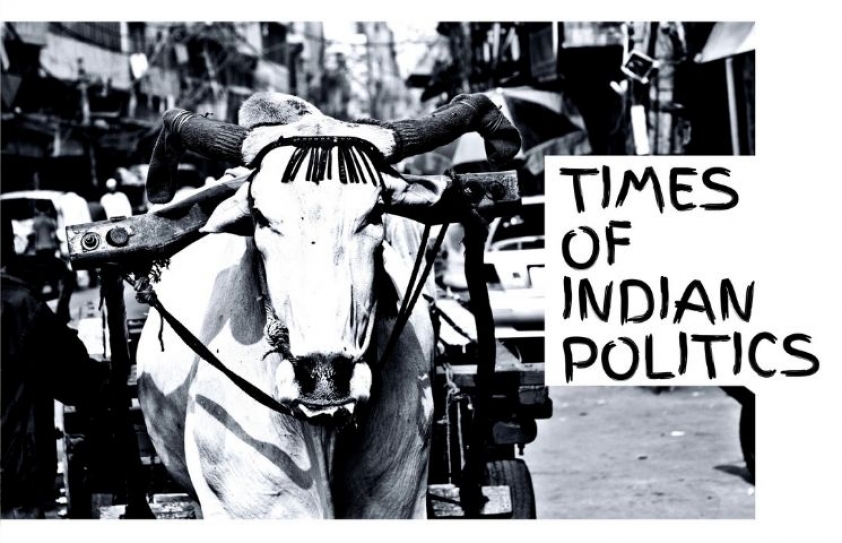 In the last decade of the last century Britain’s Labour party elected Tony Blair as its leader and he announced his intention to significantly alter the control and direction of Labour while retaining its socialist objectives. Blair’s two symbolic changes were calling the Party New Labour and winning a general vote to abolish ‘Clause Four’ of its constitution.

Why? Because the Labour Party, founded in 1906, had dedicated it since 1918, through this Clause, to acquire ‘for the workers-by-hand-or-brain the means of production’ - it goes on for a long paragraph but essentially means the nationalisation of every industry or activity at the ‘heights of the economy’. Several sections of Britain’s population saw the retention of this perspective in modern times as being close to communism, and, though the word doesn’t have the bogey-man effect it has in the USA, it seemed to invest in the Party and the Trade Unions that financed it with too much power. Tony didn’t mean it, but it did the trick of detoxifying the Labour image for several sections of the electorate and Labour swept to power in 1997. Does the Congress Party, after its few defeats need to learn any lessons from Blair’s renewal of Labour’s fortunes after being in opposition for years?

It is impossible here to outline the vast differences between the UK’s democratic practices and allegiances and those of India. Britain may have a vague parallel of class ‘vote-banks’ to India’s religious and caste ones. There may even be a vague parallel between the xenophobia of sections of the UK against ‘immigrants’ and the religiously divisive nature of Hindutva - but the way the universal franchise of each country works is very different.

So in posing the question whether Congress could do with a Blairite makeover, we may first ask, will changing the name of the Party renew its fortunes? Congress has increased its vote share, for instance in Gujarat for one, through the disillusionment of sections of the population with the BJP’s rule. The higher percentage of the vote wasn’t an endorsement of a new or clear direction initiated by Congress. It could perhaps be said that the avatar of a Hindu devotee visiting temples, which Rahul Gandhi attempted (now also to Vaishno Devi temple in Jammu and Kashmir, where he even reclaimed his Kashmiri Pandit identity), was pertinent, however ridiculous it might have seemed to some. 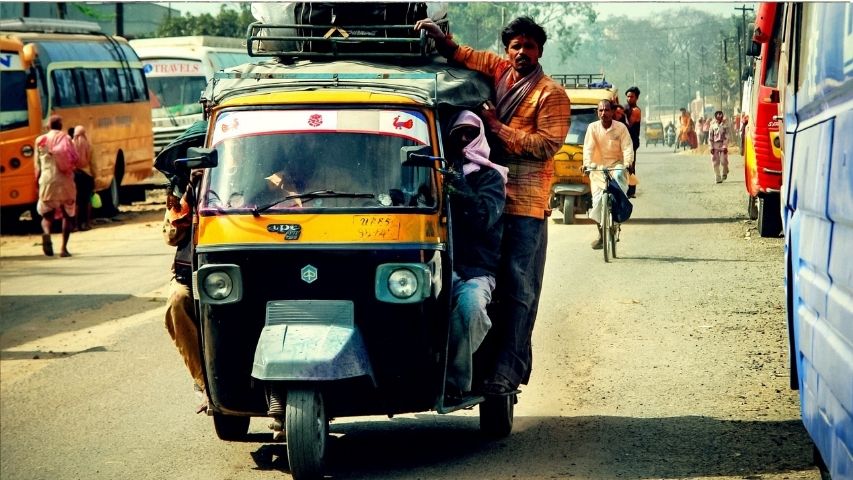 Indian political parties change their names not when they want to modernise, but when they suffer splits. So we get Congress (I), which didn’t stand for Congress ‘Invigorated’, but for Congress (Indira). It should be evident that changing the name from Congress to Congress (R) will not alter the fortunes of the Party if the R stands for ‘Rahul’ rather than ‘Renewal’ or ‘Reconstruction’.

Can Rahul Gandhi and his advisors find an equivalent to Clause 4 and give it a makeover? In all the elections in which the BJP have defeated the Congress, their leaders have mocked the old party for being a family affair. Narendra Modi, even before and during this Gujarat election, posed the question of rule by the Nehru-Gandhi dynasty. However, that the BJP has scooped up some of the dynasts from the Congress Party, e.g. Jyotiraditya Scindia, and, more recently Jitin Prasad into its fold, besides quite apparently having its own set of next-generation sons of fortune, cancels the accusation.

A democracy shouldn’t turn into a hereditary monarchy, even though the US example with the Bushes and the Clintons and the example of the Bhuttos of Pakistan, the families in Bangladesh and indeed some African countries, seem to indicate that political parties everywhere in the world, even in democracies, do embrace and promote the hereditary principle. That by no means justifies it, but goes to prove that having the privilege of growing up in the surroundings where political cultures evolve, has its own advantages (and disadvantages as we witness today) in the open playing field.

Since the BJP hasn’t exactly demonstrated that India doesn’t need and may be hampered by the adoption of family inheritances, oxymoronically, to democratically elected seats, is it time that the Congress realised that the closest thing they have to Clause 4 is the family Raj? Does the Congress’ internal democracy need to question what meets the eye as an inheritance principle? I pose this as a question rather than a proposal as each time there is a significant leadership vacancy; it appears like there are no challengers to Indira-Sanjay-Rajiv-Sonia and now Rahul. One can’t imagine Rahul Gandhi, the only person as seen to be reinventing the party in the Congress corridors, in emulating Tony Blair’s abolition of Clause 4. So how will it work? I say this despite that in the UPA 1 and 2 Dr. Manmohan Singh occupied the seat of the Prime Minister. The internal battle here, for the Congress, maybe of external perceptions, rather than what is its reality. 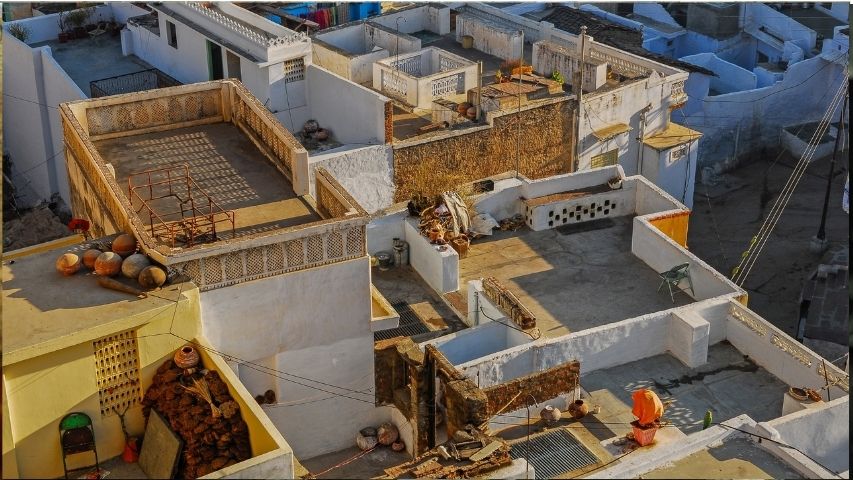 Perhaps the closest thing to Clause 4 that shook up Indian democracy, in recent times, was the adoption rather than the abolition of a regressive direction. It wasn’t an innovation by the Congress. It was the invention by the BJP, under the influence of the RSS and other members of the coalescing groups, to adopt the idea of ‘Hindutva’ as an electoral weapon. Obviously Rahul’s advisors that keep sending him on temple tours, in order to impress on the electorate that the Congress was also in favour of Hindutva, don’t realise that as a political policy, Hindutva is not about religion; it’s about history and the polarisation it achieves.

The BJP will plausibly claim that Hindutva is the natural consequence of the history of Partition. Modi, bringing his personal appeal to the Gujarati electorate, certainly played this card when he implied that the senior politician of the Congress, Dr. Manmohan Singh, had ‘consulted’ with Pakistani politicians. It was an allegation, which attempted to parallel the accusations in the USA against its former President, Donald Trump, whose election is still being investigated for collusion with the Russian regime. The PM faced calls to substantiate his statement about Dr. Manmohan Singh. He ignored them on the principle that all’s fair in love and electoral campaigning.

There may be another parallel to the abolition of Clause 4, but a quick review of the Congress’ policies throughout its existence would suggest that its championing of secularism and plurality is the only ‘Clause 4-ish’ determination it could discard. That would be the greatest divisive tragedy Indian democracy could face but the saving grace is that even as an evolving idea, the Congress party cannot alter its DNA. Also, the post-COVID era might have weakened the roar of the Hindutva lion, which will in most probability be a factor in upcoming elections. The assertions of the Dalit-Bahujan-Adivasi communities, the coming-of-age of the Muslim minorities, and the enormous significance of the vote-banks that both supply, may be the surprise element in all elections as we go ahead.

The recent events in Afghanistan and the shift of power that it implies in the region, might push the politics of India towards deepening of Hindutva too, but its subjectivity to India’s youth voters in a scenario where the country has been urbanised now, and way beyond the metropolises at a hectic pace in recent years, is a spanner in the wheels of the self-imploding Hindutva ideology.

The other alternative facing the Congress is the abolition of the pseudo-democratic internal mechanisms that are, in perception reality, still believed to crown successors, but I suppose we’ll have to wait for that until the next generation of the Nehru-Gandhi dynasty grows up.