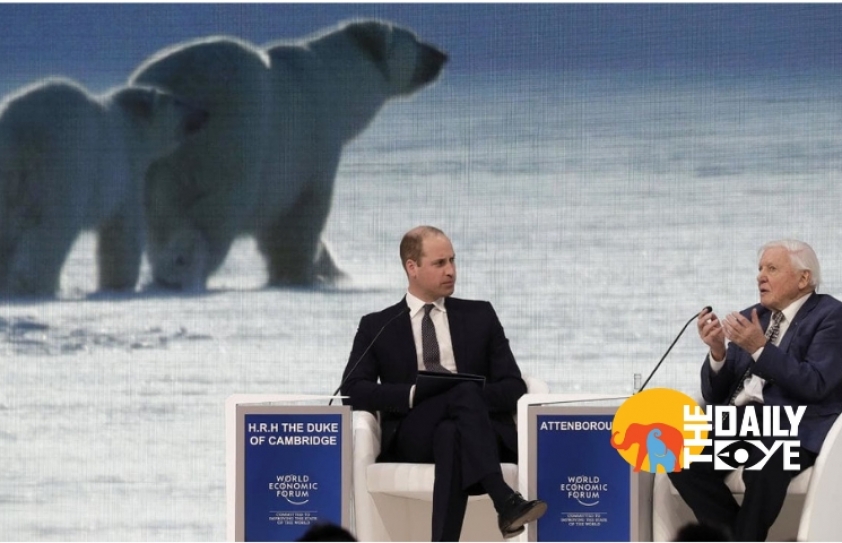 On Monday, 21st January, Sir David Attenborough and Prince William met in an interview at the World Economic Forum in Switzerland discussing the factors of humankind that are destroying the whole eco-system. Attenborough stresses humans can do damage to the eco-systems ‘without even noticing’. He also urged world leaders to treat the natural world with respect.

Taking this as a right chance Prince William questions that why the authorities have taken this long to address the climate change. Attenborough comments that it was “difficult to overstate” the urgency of the environmental crisis as humans do not realise the effect their actions have on the global ecosystem. “We’re now so numerous, so powerful, so all-pervasive, the mechanisms we have for destruction are so wholesale and so frightening, that we can actually exterminate whole ecosystems without even noticing it. We have to now be really aware of the dangers of what we’re doing, and we already know that of course the plastic problem in the seas is wreaking appalling damage upon marine life, the extent of which we don’t yet fully know.” 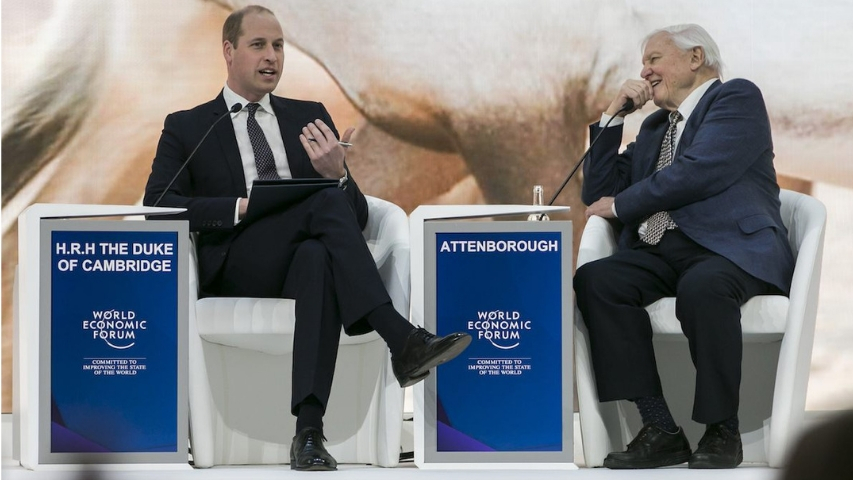 Prince William and Sir  David Attenborough at the event.

He stressed that the natural world “is not just a matter of beauty, interest and wonder” but a coherent ecosystem on which we depend for “every breath we take, every mouthful of food we take.” A healthy planet, Attenborough added, is an essential part of human life – reports The Guardian. “If we don’t recognise the kind of connections I’ve been describing, then the whole planet comes in hazard, and we are destroying the natural world and with it ourselves.”

William later addressed the gathering which included politicians and business leaders at the Davos, that Attenborough has a strong message. He also took the chance of congratulating Attenborough for winning the Crystal award, which recognises individuals who have helped make the world a better place. William later reacted to the question he asked at the beginning of the conference on why global leaders have taken so long to react to climate change: “Why do you think world leaders and those in key positions of leadership; why do think they’ve taken so long … there have been quite a few faltering steps to act on environmental challenges?”

Attenborough said that right in the beginning of his career, it was nearly unbelievable that the environment would be in such a state of crisis and even pockets of animal extinction seemed like the exception rather than the norm. David further has also taken the initiative of a new TV Series “Our Planet” to be telecasted in the online streaming site. He says, “Our Planet will take viewers on a spectacular journey of discovery showcasing the beauty and fragility of our natural world,” Attenborough said as the series was announced on Thursday. “Today we have become the greatest threat to the health of our home but there’s still time for us to address the challenges we’ve created if we act now. We need the world to pay attention.”