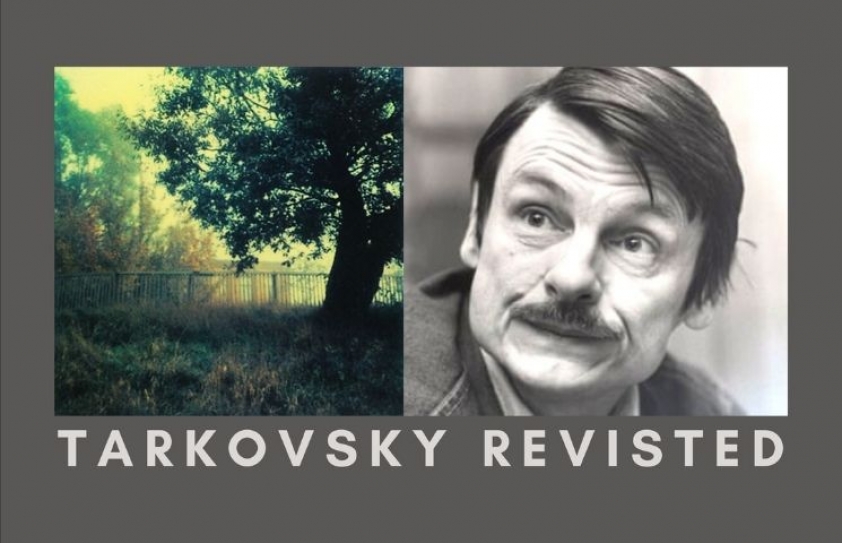 For me, the Russian film auteur Andrei Tarkovsky was the last of the great masters of world cinema. Ever since he passed away at the age of 54, after battling with lung cancer, in Paris, there has been no poet of cinema - alloying surrealism with heightened reality - who bears comparison.

I would also walk miles to see any work by Michael Haneke, the Austrian director whose oeuvre like Tarkovsky’s touches upon alienation from societal norms, and Fatih Akin, the German helmer of Turkish descent, whose ethnic music-soaked head trips transport the viewer into another realm. But that’s about it.

The thaw in the Soviet Union had made it possible for Takovsky, circa the 1970s, although with censorship difficulties, to assert his personal vision. Deeply influenced especially by the masterpieces of Ingmar Bergman and Robert Bresson, he was a rage among Indian cineastes, and I suspect still is. 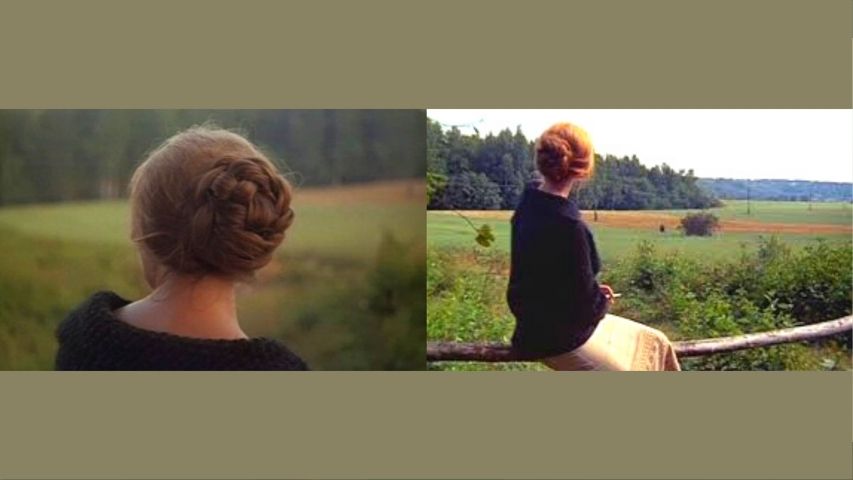 Creating beautiful images out of the mundane, lending an elegiac quality even to a house on fire, fashioning a darker take on Stanley Kubrick’s 2001: A Space Odyssey with Solaris (1972), and often creating profoundly felt, experiential narratives from his own life with Mirror (1975) and Nostalghia (1983), his cinema had a spiritual quality (stemming perhaps from the fact that he was an orthodox Christian).

The clutchful of his other feature films – Ivan’s Childhood (1962), Andrei Rublev (1966), Stalker and The Sacrifice (1986) – carry a literary heft besides being patently individualistic, marked by long takes and his self-declared policy of “sculpting in time” (or to elevate reality to a metaphysical plane).

Some critics, notably the French novelist-essayist Emmanuel Carrere, have contended that the director didn’t attach too much importance to the intellectual structure of his films or their human content. Rather he allowed his oeuvre to be mysterious and dream-like. “They are no more than a buzzing sound, like insects on the surface of water,” Carrrere has written. “What is clear is that we are all these insects, and that the problems and conflicts that they are debating are ours. All artists speak to us of these insects. Tarkovsky, too, but alone films the water.” 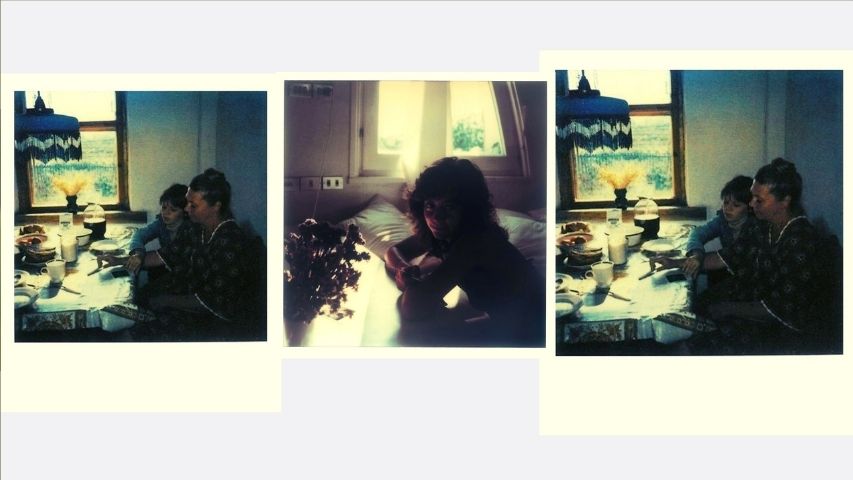 To come to the here and now, during the COVID-19 pandemic, Tarkovsksy’s masterworks aren’t accessible on the Indian menus of the OTT channels. And DVDs aren’t to be found for love or money unless you have limitless funds to somehow secure them online. A pity that is. Nothing would be more edifying than to re-estimate in the present context.

Fortunately though, his book Instant Light: Tarkovsky’s Polaroids continues to be accessible on Amazon online (at a steep price of approximately Rs 3,000). Here’s a collection of 60 photos – originally published in 2004 -  of his friends, family and their surroundings in Russia and Italy on a Polaroid camera between 1979 and ’84. In Italy, he had spent his last years as a political exile. Edited by Giavanni Chiaramonte, here’s as much of a prize catch as it is a marvel of the art of photography. 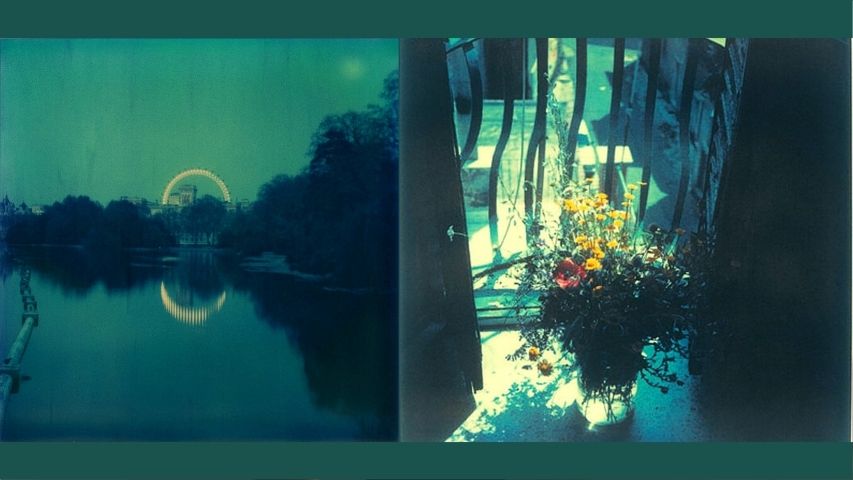 As the foreword puts it, "Tarkovsky often reflected on the way that time flies and wanted to stop it, even with these quick Polaroid shots. The melancholy of seeing things for the last time is the highly mysterious and poetic essence that these images leave with us. It is as though Andrei wanted to transmit his own enjoyment quickly to others. And they feel like a fond farewell.”

The size of the Polaroids is exactly as presented in the book, including the frame. The book may therefore be viewed as a facsimile edition.

Needless to harp, Polaroids are no longer a go-to medium in the age of digital photography and that makes them especially precious depicting vignettes of family life, sprawling landscapes and faintly illuminated interiors. A Polaroid photo doesn’t retain its original texture for long, it can fade and get damaged.  Gratifyingly, the book is forever. 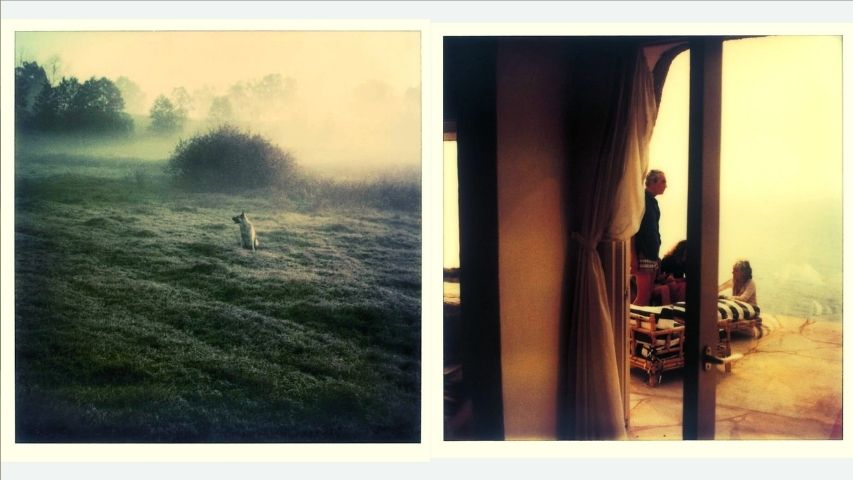 Often called “the master of slowness and stillness”, Tarkovsky’s Polaroids bear a strong resemblance to his screen images. Despite that all too simplistic comparison, clearly the stills, which tell of a moment rather than a story, possess a distinct aesthetic quality – they are painterly and yearningly nostalgic. Indeed, at a juncture, when many of us feel isolated and are struck by a sense of anxiety, Tarkovsky offers solace. We are not alone or exclusive in our bouts, be it of  polarised alienation and belonging.

I do think the Polaroids connect with anyone who loves life and the wondrous images it yields unstoppably. In effect then, Andrei Tarkovsky continues to shine a light and defines the raison d’etre to be an artist. 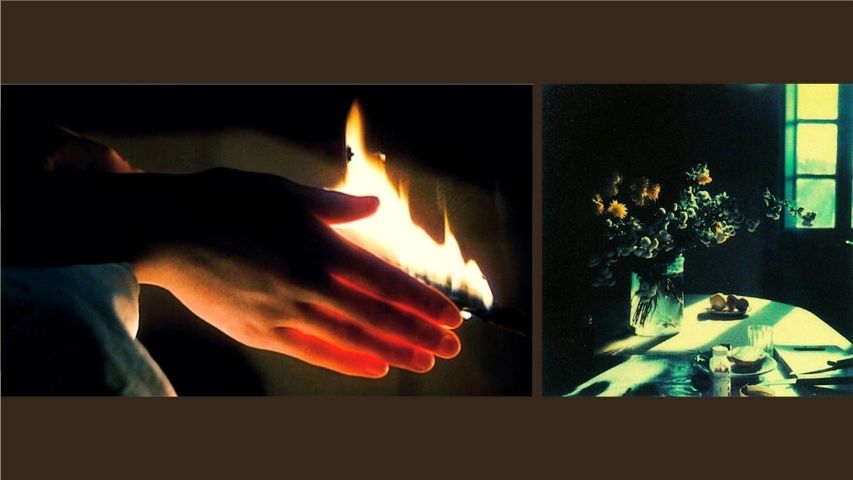 And this is best encapsulated in his own words, “My objective is to create my own world and these images, which we create mean nothing more than the images, which they are. We have forgotten how to relate emotionally to art: we treat it like editors, searching in it for that, which the artist has supposedly hidden.

“It is actually much simpler than that, otherwise art would have no meaning. You have to be a child - incidentally children understand my pictures very well, and I haven’t met a serious critic who could stand knee-high to those children. We think that art demands special knowledge; we demand some higher meaning from an author, but the work must act directly on our hearts or it has no meaning at all.”

Right, it is the heart that matters above all.