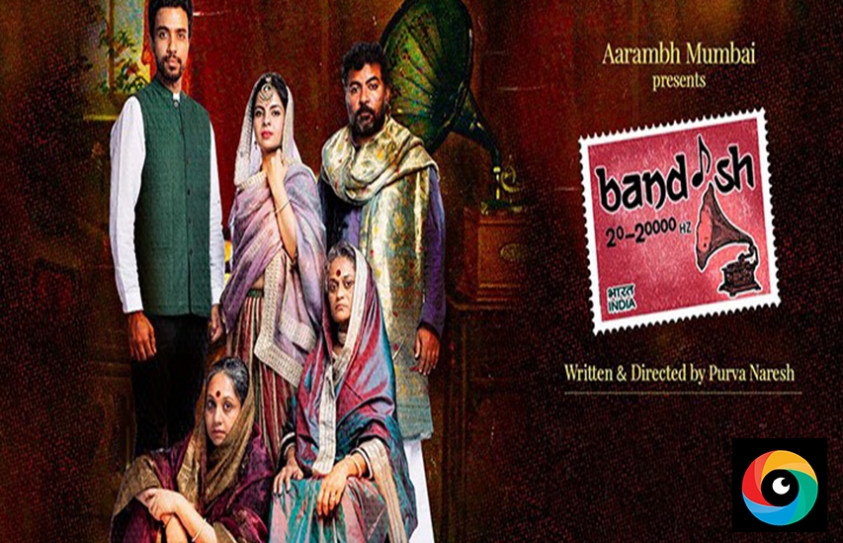 The multi-talented Purva Naresh, brings her knowledge of dance, music and drama into her productions. Her latest play Bandish 20-20,000Hz is the third of a trilogy revolving around two singers Champabai and Beni Bai; the first two were Afsaane: Bai Se Bioscope Tak, and Aaj Rang Hai. 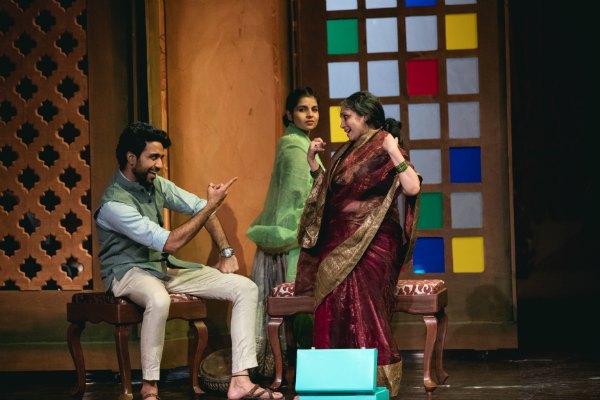 In the age of film and pop music and reality show stars, Champabai and Benibai are past their glory days, but they are lacking in spirit. They belong to the age when female performers were the only ones to gain some degree of freedom in a male-dominated world in which women had very limited choices.  The well-known singers travelled, hob-nobbed with royalty and made their own money; there was also the lack of social status and exploitation by men to contend with, but the strong ones found ways of circumventing hurdles.

The new play is set in the greenroom of an auditorium, where the two singers, the nautanki performer Champabai (Anubha Fatehpuria) and the classical singer Benibai (Nivedita Bhargava) are to be felicitated on the occasion of the 70th year of India’s independence, but they are not to sing. The evening’s entertainment is being provided by popular young singing stars, Kabir (Hitesh Malukani) and Moushumi (Ipshita Chakraborty Singh). 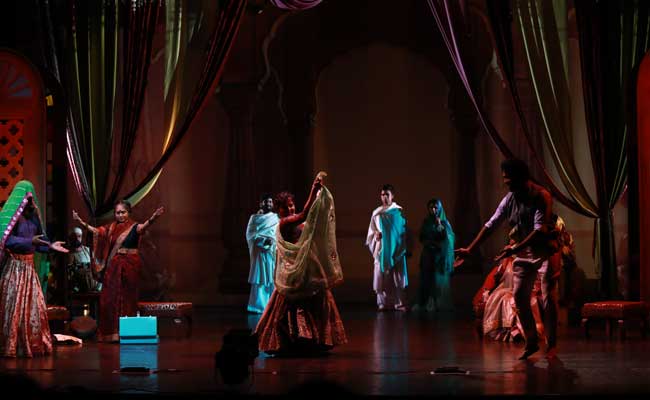 The man in charge of the show is the harried bureaucrat (Harsh Khurana), and the one keeping up the flow of quips is the two women’s escort and helper, Munnu (Danish Husain, the life and soul of this production).

There is the air of chaos that usually accompanies these events, during which the two old singers and Munnu reminisce about the days gone by, and in their ‘flashbacks’ are some of the most charming old numbers. (The acting is uniformly good, the singing a bit patchy.)

Then the power goes off and yet another crisis comes up, the protests against Kabir, who had offended a mob by performing in a ‘neighbouring’ country. So, he can’t sing, though he demands his full fee; Moushumi won’t sing without a monitor. The bureaucrat with his increasing level of hysteria cuts a comic figure.

Bandish, with its focus of the history of Hindustani music is reminiscent of Sunil Shanbag’s Stories In A Song—the common factor being composer Shubha Mudgal. Unlike the earlier play’s episodic structure, Purva Naresh tries to string together the songs in a sort of plot with a message, but that is its weak spot.

It gets repetitive after a point, since the issue about the differences between the old approach to music and the new is made early in the play. The bit about Kabir’s fans-turning hostile--problem seems tacked on to pad up the play; to give it a provocative touch of what is going on in society today and the artiste’s role in keeping the world sane. This aspect was depicted with far more depth and empathy in Aaj Rang Hai, which had an emotional hook, that is lacking in Bandish. Still, with some trimming of the fat, it could make for an enjoyable watch.