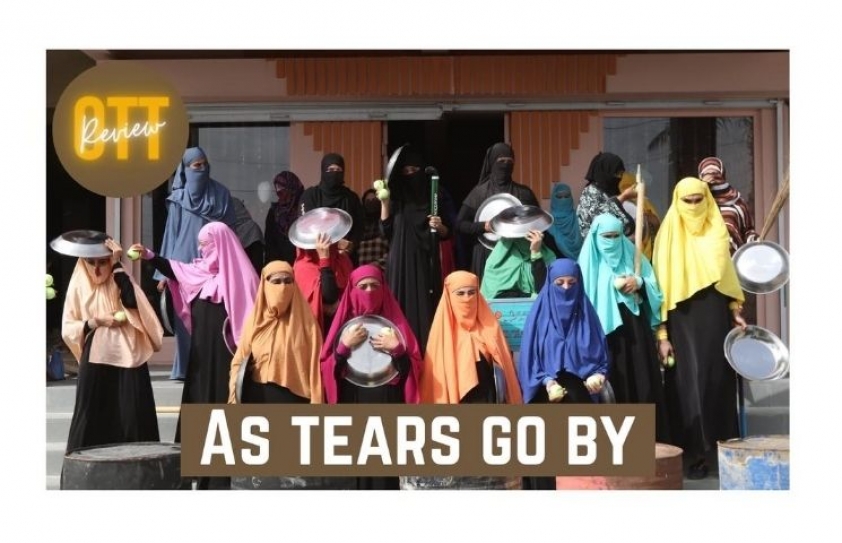 Sprint to the chase. It was a Pakistani web series – alternate-roseate romantic and darker than an eclipse, which grabbed my digital-fatigued eyes lately. The marathon 30-episodes, on the surface may have seemed to be a simplistic love-hate story between a vicious-boy-meets-upright-girl.

Surprisingly, the series turned out to be complex and layered; brimming over with moments of psychologically acuity. Over then, to the catch of the week. 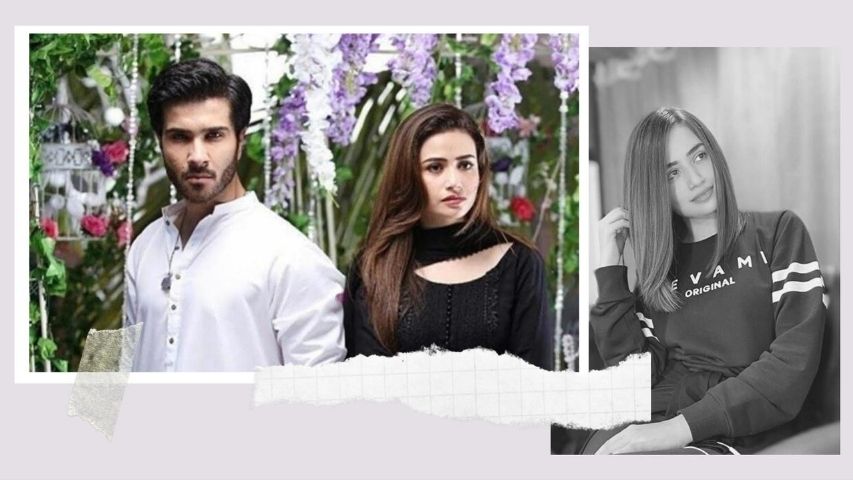 That’s the nickname of Sanam Ali Khan, the eldest daughter of a mid-income family whose parents, a brother and two younger sisters lead an all’s-well-clockwork life. That’s when out of the cold blue, the brother is shot dead by Mir Haadi, the mega-brattish son of a political bigwig, whose dense white moustache secretes agendas of the Machiavellian kind.

Without going into the labyrinthine details of the  screenplay, suffice is to say, Khaani is then stalked by the entitled killer; and finds herself as hopelessly attracted to him as he is to her. In other words, a young intelligent woman steadily loses her rationalism. And the very notion of revenge, which had bubbled and boiled in the cauldron of her mind goes extinct. Khaani’s breakdown at a beachside; a blood-curdling scream addressed to the divine forces, is so emotionally volatile that you can’t help howling with tears too.

Admittedly, I’m extremely vulnerable to such a situation, when one is helpless and yet incensed with rage. At the risk of being personally self-indulgent, I could identify with Khaani’s cathartic scream. I have lost my younger brother in entirely different circumstances. He was beheaded by unknown assailants decades ago, in a hamlet close to Jodhpur, and the case was closed peremptorily, without so much as a jot of an investigation.

Be that as it may, while discussing this dilemma of identifying with a fictional story to the point of getting emotionally overwrought with friends who’ve always been my unofficial counsellors; they assured me I wasn’t alone. Some of them had also watched Khaani and had shed copious tears while bingeing on the woman’s vulnerability in a world where, as a line of dialogue states, “Boys are brought up by their mothers and they grow up to disrespect the very gender, which nurtured them.”

The dialogue by Asma Nabeel, as in most Pakistani serials, is of the highest order. Irony laden, poetically phrased and even pungent. Indeed the separate conversations between Khaani and her mother, and with her tormentor, are as heart-stopping as they can get.

On the downside, the photography is overlit (nary a shadow or shade), the women constantly wear violent shades of lipstick (even lustrous lilac during tragic moments), a bed forever twinkles with fairy lights, the costumes are distractingly blingy and the set décor can’t distinguish between the ambience of the middle class and the filthy rich. Quite curiously, tall glasses of orange juice add extra colour to the humblest of table spreads.

Presumably,  that’s been done in the cause of ritzy production values and catering to the taste of the viewer for the ostentatious. In addition, the direction at points tends to be a tad old-fashioned, coercing the characters to make entries into and exits from the frame, theatrically.

Apart from such stylistic flaws, nothing can whittle away from the dramaturgy, which brings you close to the hearts and minds of the characters, both major or minor.

Director Anjum Shahzad’s most laudable strength is in extracting nuanced performances from the entire ensemble, especially so from its lead players Sana Javed, in the title role and Feroze Khan, as Mir Haadi - her tormentor, who speaks with his eyes to the camera in a variety of lovelorn and diabolical ways. Without ever softening the childish, impetuous killer, the actor communicates his mood-swings with restrained subtlety.

The unshakeable elitism in the political reality of Pakistan is touched upon through allusions to upcoming elections, flashes of the collusive media and the sorry spectacle of bending laws as easily as brushing one’s teeth in the morning. Hang on though.

Eschewing didacticism, the director and his team, gratifyingly, stick largely to the story, which speaks for itself – the males may flaunt power but for how long? A woman like Khaani and thereby the series (first released in Pakistani in 2017), says it out loud and clear, “We shall overcome.” And, they do. 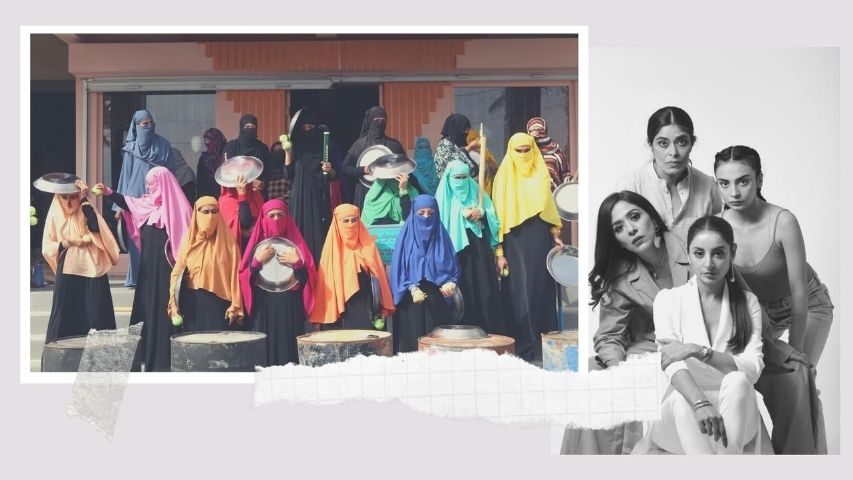 This creepily-titled Churails, zooms in on four women seeking vendetta on the mutton-headed males of Karachi. Streaming on Zee5 – the 10-episoder signifies the restart of a collaboration with the Zindagi platform. Yaaay-n-yahoo for that. Of course, the more we see the more we learn or unlearn.

In fact, this Witches of Karachiwick on gender politics, is admittedly hip, contemporary, frank and fearless and all the upbeat adjectives you can type on a computer screen. Directed by Asim Abbasi (whose feature film Cake, about a dysfunctional family, was a slice of delight); the Churails are hoot and tongue-in-chic while disclosing secrets and lies about societal norms across the border.

Alas, it’s also crammed with tropes - visuals of smoking, boozing and cussing - besides being too strident for comfort. Indeed, the fanciful plot goes gaga over the quartet, bonded by male oppression, who gang up to form a vigilante detective agency to help their sisters in dire distress. If that rings a bell - ting tong, Lipstick Under My Burkha - tsk tsk and all that jazzmatazz.

The acting crew led by Sarwat Gilani, Yasra Rizvi, Nimra Bucha and Meher Bano respectively, portray a bored-housemaker keen to revive her career as a lawyer, an events manager bereft of assignments, a convict who’s just completed 20 years in prison for murder and an aspiring boxer. Their frantic antics leaves you with mixed feelings:  startled as well as zapped. On a positive note, let me just conclude, it’s quite a seesaw of a ride - at times low and at times high. Worth a dekko, essentially for its public display of disaffection. 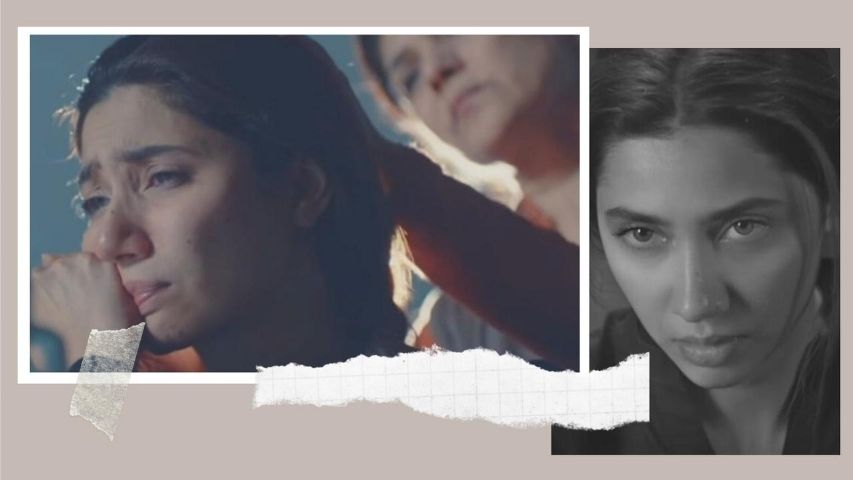 Circa 2017, Pakistan’s prime director Shoaib Mansoor, had to tackle censorship diktats and mostly hostile reviews for this portrait of a rape-survivor played by Mahira Khan.

That Mansoor is an outspoken filmmaker and averse to making compromises is no secret. In fact, his two feature films Khuda ke Liye and Bol, which were somehow released on the theatrical circuit in India, have stayed in the mind forever.

Whether his feature film is a disappointment or outstanding I will never know. Perhaps? Attempts to download it from legal Internet sites have been futile. Still its trailer indicates that Verna is worth waiting years for. So that’s what I’m doing. Waiting.